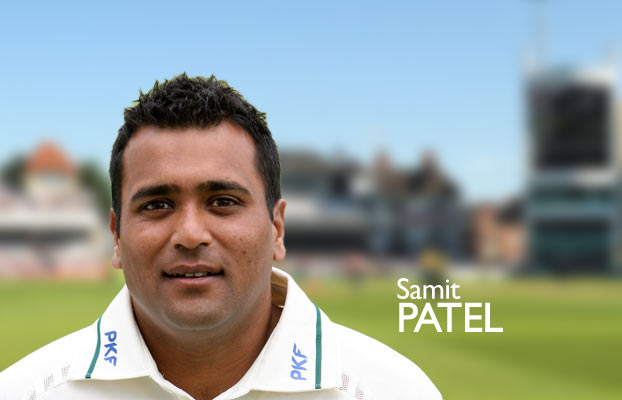 Patel's prodigious talent came fully to fruition in 2007, as the 23-year-old fell just short of 1,000 runs for the season and produced several sparkling innings in one-day cricket.

He thumped his maiden first-class century against Durham UCCE at the start of that season and also made three winning contributions in the Twenty20 Cup as the Outlaws marched to Finals Day.

His first Championship century soon followed at Lord's and after signing a new three-year contract, responded to the challenge of securing a regular place with four centuries in 2007.

After coming up through the youth ranks at Trent Bridge and joining the Academy, the former England Under-19s star was gradually introduced into the first team before making his mark in 2006.

Patel was a revelation in 2008, scoring 970 LV County Championship runs at an average of 53.88 and topping the club's Friends Provident Trophy bowling averages.

England recognition followed with Patel featuring in 11 ODIs and claiming a five wicket haul against South Africa at The Oval.

Ever since public comment from Kevin Pietersen that Patel was considered unfit, he has faced constant questions about his body shape and admitted that concerns about regaining his international place affected his domestic form in 2009.

Patel spent two months at the Darren Lehmann Cricket Academy in Adelaide on a trip he part-funded to help address these concerns at the beginning of 2010 and went on to score 642 LV= County Championship runs in 2010.