Not many make the leap from keen fan to professional player at a major sports club, but Nick Kimber is determined to be one of that select few.

As a boy, the now 18-year-old loved nothing better than a trip from his Lincolnshire home to Trent Bridge to see the action at close quarters, with T20 and international cricket his favourites.

He was captivated, in particular, by the contribution of ever-popular fast bowler Stuart Broad and hoped one day to be roaring in from the Pavilion and Radcliffe Road Ends, just like his hero.

And as a member of the Notts Academy intake for 2018, Kimber is only a couple of steps away from making that dream a reality by running out in the green and gold for the first team.

“I used to come to quite a few T20s and one-day matches when I could,” he explains. “I’ve been coming to Trent Bridge for quite a while since I was young, so I’m used to it in that regard.

“Stuart Broad was someone I really looked up to as a junior player.”

“When I came to watch those matches, I never thought I would be here as a Notts Academy player, so it is like living the dream for me. It’s quite surreal really.

“Stuart Broad was someone I really looked up to as a junior player. He’s been very successful and I’ve always supported Notts growing up, so I’ve followed the team and also how he has been doing.

“He was quite a lot younger when I first came to watch, and Graeme Swann and James Taylor were around as well, I think, and, of course, Chris Read.

“If I could play for the Notts first team after growing up as a fan, it would mean everything to me. It’s what I’ve always wanted to do since I was pretty young.”

Nick is the youngest of three Kimber brothers, with all three of them knowing their way around a cricket field. 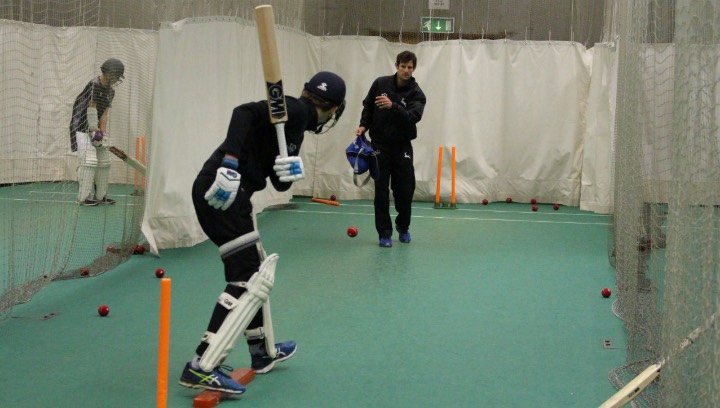 His middle brother, James, is in Australia playing six months of cricket while Louis has been in and around the Notts set-up and has now been selected for the Loughborough MCCU squad.

They grew up turning out for their local team in Lincoln, Lindum CC, while Nick went on to play for Scothern CC and the Lincolnshire age group sides before being picked up by Notts.

He says: “I followed my brothers into the game and junior cricket was just for fun. As I got older, I played hard ball cricket and still enjoyed it, but felt that I could possibly have a future in the game.

“At first I was invited to a few training sessions with Notts and then added to the Academy last season, meaning this is my second with the Club.

“It was quite a big shock to get picked up by a county side – I didn’t really expect it and it came out of nowhere – but I’ve really enjoyed it and it’s been good so far.”

“It was a pretty big step up to the seconds, but it was good to be around some of the more experienced players and see what it was all about.”

Kimber describes himself as ‘a seam bowler with a bit of pace who bats a bit as well, trying to be as aggressive as I can’.

He insists that joining the Academy at Trent Bridge, and benefiting from the specialist coaching, has enabled him to make significant improvements to his game.

“I had an opportunity to play a seconds game at the end of the season which was a good chance to see how I measured up at that level,” he says. “I’ve still got a long way to go, but hopefully I can continue to progress again in the coming season.

“It was a pretty big step up to the seconds, but it was good to be around some of the more experienced players and see what it was all about and get a taste for what it would be like if I go any higher.

“This coming season, I want to try to play more second team cricket and have a solid year for the Academy and try to make the most of my opportunities.

“It’s certainly been encouraging to see people step up from the Academy to the seconds and from the seconds to the firsts and perform. It just shows you that if you put in the work and produce the performances then it can happen.” 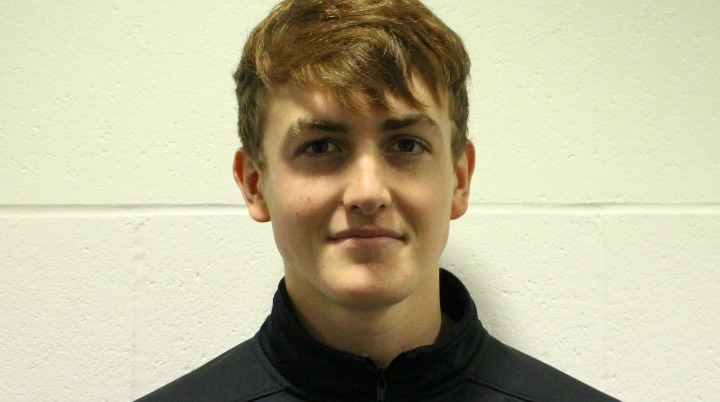 As an aspiring all-rounder who wants to bat at ‘six, seven or eight’, Kimber names two South Africans as the players he most admires in today’s game.

He says: “At the minute I really like watching AB de Villers as a batsman. He is one of the world best and is always good to watch as well.

“Among the bowlers, Kasigo Rabada has got a lot of pace about him and he’s always very consistent too, which is what every bowler strives to be.”

When it comes to his own bowling, Kimber has specific things he wants to work on ahead of the onset of the 2018 summer, some technical and some physical.

“I struggled with my consistency last year, so I’m looking to work on that, particularly getting my wrist position right,” he adds. “I feel my pace is there, it’s just working on some of the finer points now that is going to improve me.

“I don’t want to just concentrate on bowling – I want to try to work on my batting alongside that.”

“I also want to get in the gym a bit more and bulk up, so hopefully that will help me get another yard or two of pace as well as I get older.

“The coaches here have definitely shown me the different areas where I should be looking to bowl in. Before, I just used to run up throw it down there, but now there is more to my action and also the mental side of my game, where I’m thinking about the fielding positions.”

While having the ball in hand may be his strongest suit, by no means is Kimber about to neglect his batting, with the other facets of the game just as important in his eyes.

He says: “I don’t want to just concentrate on bowling – I want to try to work on my batting alongside that, as well as my fielding too. The more things you can do well, the better chance you have of advancing up the levels.

“I want to be a player who can adapt to different situations. I’ll work hard in the winter and hopefully that will pay off in games.”