The 28-year-old batsman has been called up to the Eoin Morgan’s one-day squad for the five-match series that starts in Melbourne on 14 January, having missed out on selection for this winter’s Ashes Test matches.

Trent Bridge favourite Hales averages an impressive 37.89 in 50-over cricket for England, with five centuries and 10 fifties.

And Franks is backing the man who powered Notts Outlaws to victory in the 2017 Royal London One-Day Cup Final at Lord’s with an imperious 187 not out against Surrey to come up with the goods again down under.

“He has really come of age in 50 over and T20 cricket and I don’t see why he can’t relish his time in Australia.” Paul Franks on Alex Hales

“I think you can now look at Alex as being one of the best one-day openers in the world with the way he’s played over the last two years,” he said.

“He’s right at that top table having scored hundreds and by making a fantastic all-round contribution to the team with the fantastically athletic fielder he now is as well.

“He has really come of age in 50 over and T20 cricket and I don’t see why he can’t relish his time in Australia.”

After Melbourne, England play matches in Brisbane, Sydney and Adelaide before finishing in Perth on 28 January.

The matches follow the high-profile Ashes contest where England currently trail 2-0 after the first two games at the Gabba in Brisbane and Adelaide Oval in the pink ball day-night match. 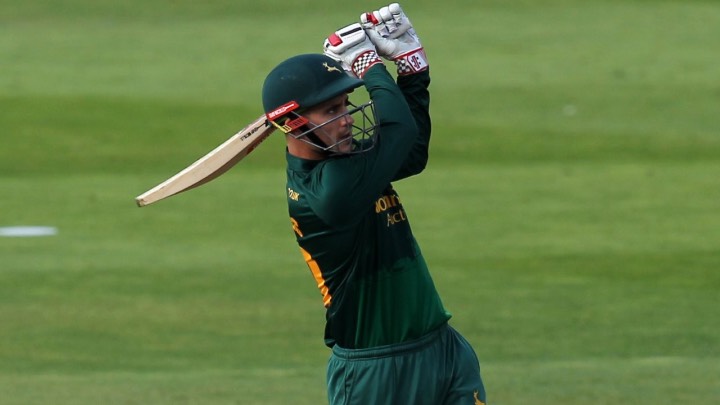 Franks is convinced Hales will slot in quickly after a lack of competitive cricket since the end of the English season, a short stint playing 10-over matches in Dubai before Christmas aside.

He added: “You just have to be patient with the games and wait for them to come. You can hit as many balls in the nets as you like and prep as hard as you can, but you can lose your ‘game sense’ a little bit after a prolonged break.

“That said, Alex is the type of player to whom it comes back very quickly. He had a hand injury in India last year and then came back in the West Indies one-day series and scored a hundred in his first innings back, so he’ll be confident he can be ready.

“It won’t concern him too much because he is an instinctive player.”

“Alex has been very clear in his mind about what he wants to achieve in the short and medium.”

Notts have been back in training since the early stages of November after a landmark 2017 domestic season during which they won two white ball trophies – the Royal London One-Day Cup and the NatWest T20 Blast – as well as promotion to Division One of the Specsavers County Championship.

Franks insists Hales has been working as hard as anyone to put himself in the best possible place after seeing a proposed spell playing for Stellenbosch fall through when South Africa’s new Global League was postponed for 12 months.

“I think Alex’s work ethic has been excellent since he’s been back in training after our end-of-season break,” said Franks.

“He has been very clear in his mind about what he wants to achieve in the short and medium term to be ready for what will be a big challenge in Australia.

“He has been setting the standard for the rest of the group, particularly the younger players who look up to him in the way he goes about his training and practice. 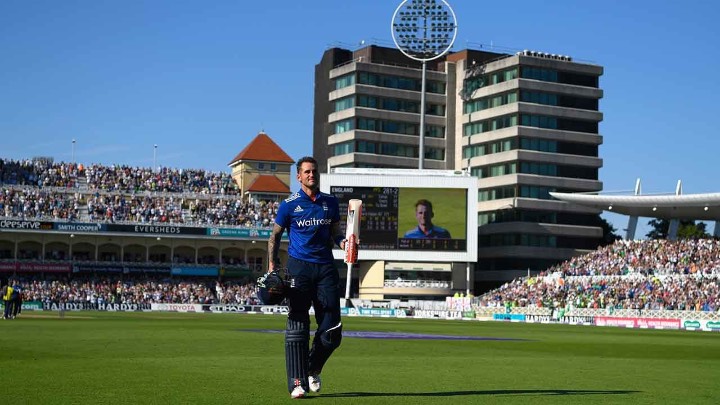 “I’m really pleased for him that he’s got the call-up, and I’m looking forward to seeing how he will go out there.”

Hales has been in fine form for England this calendar year, making scores of 110, 55, 61, 95 and 56 in the 15 matches he has played against the likes of India, the West Indies, Ireland, South Africa, Bangladesh, New Zealand, Australia and Pakistan.

Keeping that form going will not be easy in Australia, where it is notoriously difficult for touring sides, but Franks is confident the Notts man has the versatility to coach with the conditions.

He said: “In Australia, the ball might swing a bit early on, but the pace of the pitches might also help Alex get the ball away as well.

“Going to play in Australia is one of the ultimate tests for an English cricketer.”

“There’s also likely to be a bit more bounce, but the good thing is he has played out there before, so will know what to expect and trusts in his own methods. I’m sure he’ll be looking to take it to them.

“Going to play in Australia is one of the ultimate tests for an English cricketer, along with playing in India, because the conditions are so different.

“It can be quite a hostile place to play and daunting for the opposition, especially if Australia get on top, as they have done so far in the Test series.

“But I don’t think that will be a massive issue for him and he will back himself to deal with that.”