Nottinghamshire batsman Alex Hales has confirmed he is still open to the prospect of playing Test cricket.

The 28-year-old right-hander was omitted for England’s squad for this winter’s Ashes series in Australia, leading to speculation in the media he would concentrate exclusively on limited overs cricket.

But Hales – who has been selected for January’s One-Day International series down under, as well as the T20 tri-series also involving New Zealand that follows – is not ruling out a return to international red ball cricket in the future.

“If I got the (Test) call then I would obviously be happy to take it up.”

“Coming up in the next few months it’s going to be very limited the amount of red ball cricket I will play, so the aim at the moment is very much just to do as well as I can in white ball cricket,” Hales told trentbridge.co.uk.

“If that leads to opportunities in the red ball game then great, but if not then there’s some great white ball cricket coming up in the next two years.

“The Test team is not something I’m particularly thinking about at the moment, and it’s not the be all and end all, but if I got the call then I would obviously be happy to take it up. 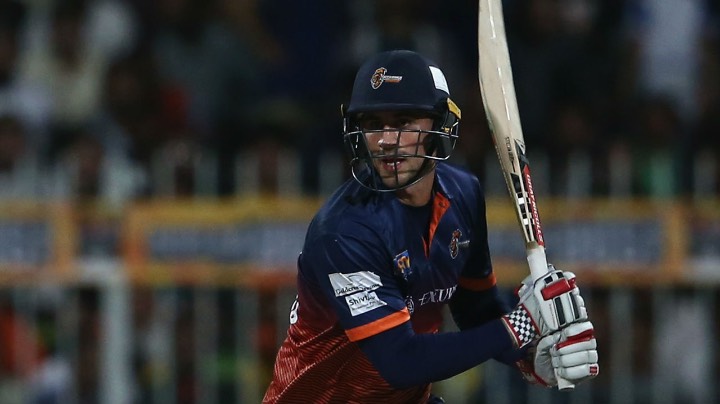 “To play here at Trent Bridge in a Test match would be awesome. Some of my best memories playing cricket have come at this ground, but I have never played a Test here. All my 11 games have come away from Trent Bridge, but who knows in the future.”

Hales took part in the inaugural T10 League in Dubai and helped his side, the Maratha Arabians, reach the semi-final stage with scores of 57 not out and 32.

The hard-hitting opener believes the experimental format could one day have a permanent place in professional cricket schedules.

“I think T10 was really good and will make people’s T20 skills go through the roof.”

He said: “It was really good playing T10 – I enjoyed it, as did all the other players who went out there to take part.

“No-one had played it before, but I think it was really good and will make people’s T20 skills go through the roof with a similar effect to what T20 has done for 50-over cricket.

“You have to go out and score from ball one, pretty much, with only one or two sighters, and then you’re straight into it. 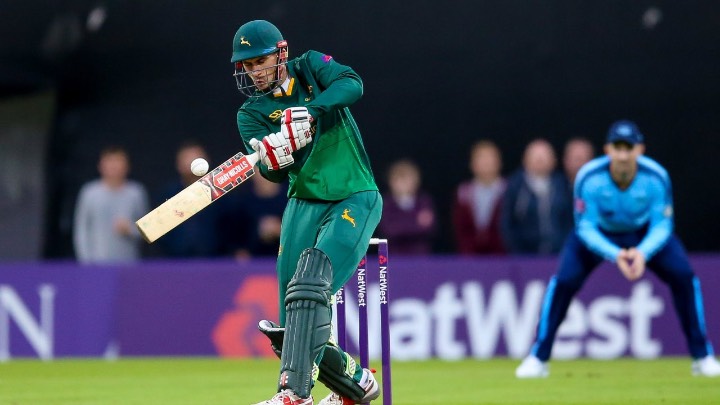 “I don’t see why it can’t take off as a format in its own right. It’s short and intense and it’s the type of cricket people want to see these days.”

Having played under the captaincy of Dan Christian in helping Notts Outlaws to their maiden T20 Blast title with Finals Day victory at Edgbaston in September, Hales is delighted to see the Australian has signed a new two-year deal at Trent Bridge.

The all-rounder will lead the side in 2018 and 2019, having previously played three seasons with the Outlaws, two of them as captain.

“Since I have played with Dan Christian, I have realised what a great player he is and an even better leader.”

“It’s great news for the Club that DC has signed again. Since I have played with him, I have realised what a great player he is and an even better leader,” said Hales.

“His captaining of the squad last year was second to none. We didn’t get off to a great start but he rallied us together, picked everyone up and we won some tough games.

“He was an important part of that and I’m sure he will play his part for us again in the next two years.”

To buy tickets for next summer's England versus India Test match at Trent Bridge, which takes place between August 18 and 22, click here.