2017 T20 Blast-winning captain Dan Christian has agreed a deal to skipper the Notts Outlaws in the competition for two more seasons.

The Australian all-rounder will lead the side into action in defence of the title they won for the first time in September when the 2018 campaign gets underway against Birmingham Bears at Trent Bridge on Wednesday 4 July.

Christian, 34, will also return in 2019 for what will be his fourth summer in a row as Outlaws captain, having first joined the Club in 2015 under James Taylor’s stewardship.

“To lead the Notts Outlaws to their first T20 Blast Finals Day win this summer ranks as one of the most memorable moments of my career.” Dan Christian

His appointment follows the elevation of Steven Mullaney to the position of Club Captain in November, which will see the former Lancashire player skipper in the two other domestic formats – the 50-over Royal London One-Day Cup and Specsavers County Championship.

“To lead the Notts Outlaws to their first T20 Blast Finals Day win this summer ranks as one of the most memorable moments of my career, so I’m thrilled to be captaining the side again in 2018 and 2019,” said Christian.

“I’ve really enjoyed working with Head Coach Peter Moores and a very talented squad of players, who really showed what they were capable of in 2017. 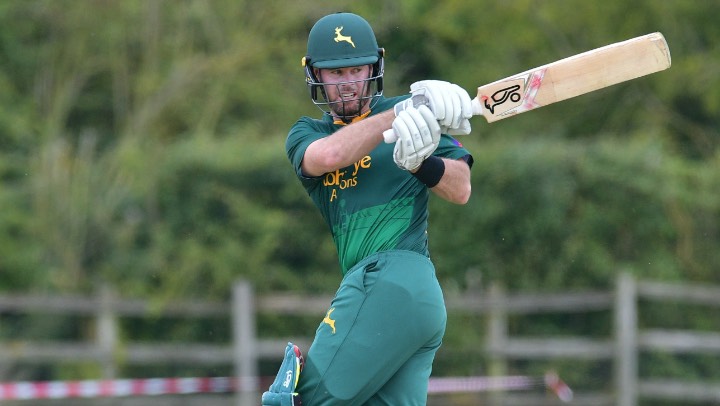 “With signings such as Paul Coughlin and Chris Nash made since the end of the summer, I firmly believe we can challenge for more T20 titles in the seasons to come.”

Christian is currently playing for Hobart Hurricanes in Australia’s Big Bash League, a competition in which he hit a 117m six when batting in 2015.

“Tactically Dan’s been very good and he’s backed the young players and given them a chance to prove themselves.” Head Coach Peter Moores

Notts’ Head Coach Peter Moores is thrilled to have secured Christian’s services once more and said: “We know exactly what we are getting with DC – he’s a quality player with bat and ball and is an excellent captain too, as we’ve seen in his previous time at Trent Bridge.

“He has got a great team spirit going in the last two years, tactically he’s been very good and he’s backed the young players and given them a chance to prove themselves.

“Dan has the respect of everyone in the dressing room and his appointment will allow us to hit the ground running in T20 by making a quick transition from the 50-over one-day competition that precedes it.”