Nottinghamshire’s Paul Coughlin suffered a hip injury on day one of England Lions’ match with a Queensland XII in Brisbane.

The bowling all-rounder suffered the setback when in the field during the morning session at the Allan Border Field.

The match, which does not have first-class status, saw the Queenslanders race to 396-8 declared on the fast-scoring ground before Nick Gubbins and captain Keaton Jennings steered the Lions through a tricky short session to reach 19-0 at the close.

Seamers Mark Wood and Tom Curran were both praised by skipper Jennings for the way they bowled with new ball and old, and slow left-armer Jack Leach also picked up a wicket.

Coughlin, who joined Notts from Durham at the end of the season, took no further part in the match as he awaits the results of scans.

However, he has since responded well to treatment, and there are no plans for him to return home early at this stage.

The three-day match will conclude the first half of the Lions’ stay in Brisbane as they fly to Perth later this week to switch the focus to white-ball skills, with one 50-over fixture and four T20 matches, which form part of Perth Scorchers’ preparations for the Big Bash. 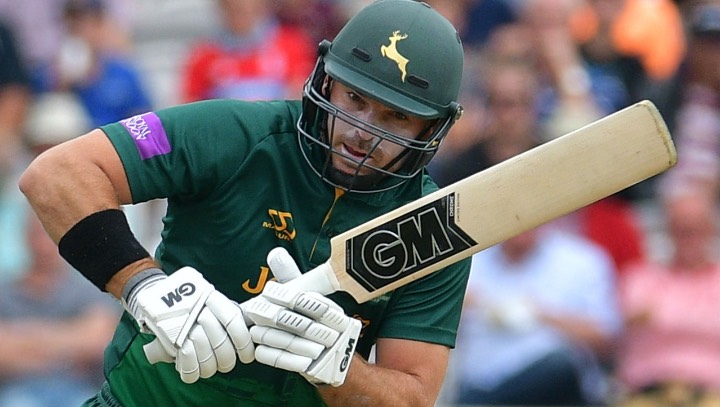 There are a few places remaining for tomorrow’s evening with Nottinghamshire CCC at the David Lloyd Club in West Bridgford.

Retired batsman Michael Lumb will be speaking and other members of the Club’s playing and management staff will be in attendance.

The evening starts at 7pm, costs £5 per person and is your chance to have a photo with the Royal London One-Day Cup and NatWest T20 Blast Trophies.