New signing Paul Coughlin has pointed to Nottinghamshire’s trophy-winning ability as his number one reason for moving to Trent Bridge.

The 25-year-old left Durham in September to sign a three-year deal with the Club and has been busy preparing to tour Australia with England Lions.

But ahead of flying Down Under next Tuesday, the Sunderland-born player took time to visit Trent Bridge and get to know more about the players, key staff and the ground.

“You can’t really look any further than how the Club did this year in all three formats as the reason for signing.”

It has whetted his appetite for success with Notts in 2018, having seen the Club win promotion to Division One of the County Championship, as well as the Royal London One-Day Cup and NatWest T20 Blast white ball trophies.

“It’s a while ago that I signed and I’ve been looking forward to coming to the Club, having a catch-up with everyone down here, having a look around the ground and getting a feel for things,” said Coughlin.

“You can’t really look any further than how the Club did this year in all three formats as the reason for signing. It’s a massive thing to be part of a winning side and I want to experience that.

“Hopefully the Club can go on and win some more trophies next year and it would be brilliant if I can play a part in contributing to that. 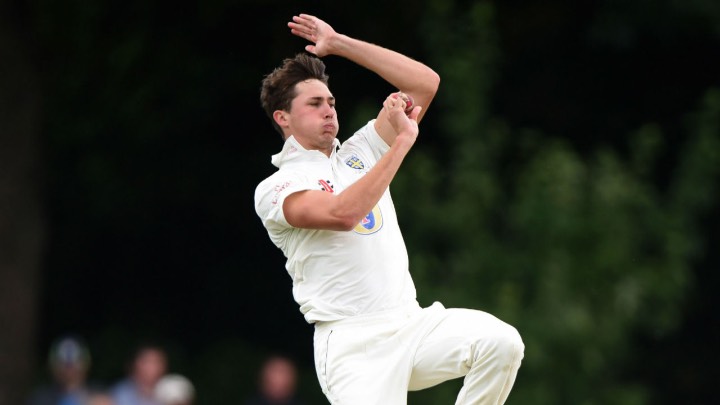 "Another reason that pushed me towards signing here is the ground. It’s an unbelievable venue and who wouldn’t want to play here? To get the chance to work with Peter Moores, a former England coach, is also great, and I’m looking forward to getting down to business.”

Coughlin has made 29 first-class appearances, averaging 27.23 with the bat and 30.34 with the ball, since making his debut against Australia A in 2012.

This year he was named the Durham Jets’ captain for T20 cricket, where he scored 23 and 42 not out against the Notts Outlaws as he topped the north-east side’s batting averages in that format with 333 runs at 41.62, in addition to taking 13 wickets at 24.84.

“With the ball, I would say my biggest asset is being able to get a bit of extra bounce.”

He believes there is plenty of improvement to come and added: “I would say at the moment I am a bowling all-rounder, but I’m hoping to get to be a genuine all-rounder in the future. I think I play a quite fast-paced and aggressive style of the game.

“With the ball, I would say my biggest asset is being able to get a bit of extra bounce, which comes from being 6ft 3ins.

“There are parts of my game where I feel I could improve, and I am going to sit down with Peter Moores to discuss those and hopefully he can help me out with them.

“I think it’s the more technical aspects I can work on. I feel I am in pretty good shape with my body, but there are things to work on with Picky (Bowling Coach Andy Pick).” 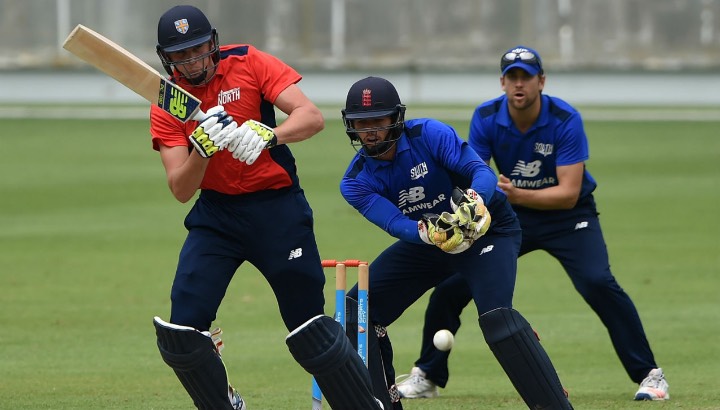 After finishing as runners-up to Worcestershire in the Division Two promotion race, Coughlin is optimistic Notts can follow in the footsteps of Essex, who went up in 2016 and then went on to excel at the top level of English domestic cricket 12 months later.

In fact, former England captain’s Alastair Cook county went all the way, winning the Division One title in 2017, buoyed by exceptional seasons from seamer Jamie Porter and spinner Simon Harmer.

“I definitely think Notts can challenge at the top end of Division One after promotion,” said Coughlin. “If you look around the dressing room, there are some big players in there.

“When you are playing against the best players in the country, it is obviously going to help bring your game on.”

“Essex managed to win the title this year after coming up, so there’s no reason why we can’t compete as well.

“I’m looking forward to coming to a new Club and taking on a new challenge. You are around different people and in a new environment and I’m hoping that is going to kick me on to a new stage of my career.

“I’m really looking forward to playing in Division One. When you are playing against the best players in the country, it is obviously going to help bring your game on.”