BALL ON THE 2005 ASHES, REALISING HIS ENGLAND DREAM AND WHAT HE EXPECTS DOWN UNDER

Jake Ball hopes to reward his parents for the time and money they invested in him during his younger cricketing years by running out in front of them to play for England in this winter’s Ashes series.

The Nottinghamshire seamer flies to Australia on Saturday for the start of the most prestigious tour in the cricketing calendar, which follows a farewell lunch at Lord’s on Friday.

The first of the warm-up games starts on November 4 when England play a two-day match against Western Australia at the WACA.

The Ashes starts for real on 23 November when the eagerly-awaited first Test begins in Brisbane.

“I think my parents are coming out for four Tests, so they’ve got a good while out there, and will hopefully get the chance to watch me play against Australia,” said Ball.

“It’s going to be very nice to have them there because they have ferried me around and taken me to training three or four times a week, so it’s good to have something to repay them with.” 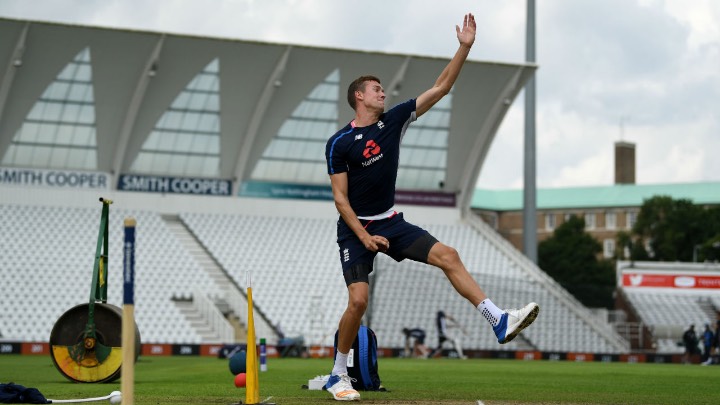 Ball played a significant part in Notts’ promotion back to Division One of the Specsavers County Championship at the end of the 2017 summer by taking 27 wickets from seven games at an average of 25.00.

The 26-year-old also finished the season really strongly – after fighting back from a knee injury that saw him miss the Royal London One-Day Cup Final at Lord’s – by playing a key part in the Outlaws’ NatWest T20 Blast triumph, with 22 wickets from 14 matches at 19.45.

The former Welbeck CC player was glad of a rest come the end of September, but he is now ready to get back into the thick of the action and push his claims to make England’s starting XI.

Ball added: “I’m very excited to get started now after having a bit of time off at the end of the season.

“I managed to get myself away for a week or two and it was nice to recharge the batteries, but since I have been back it’s been all Ashes.

“There’s been lots of interviews and lots of getting together with the squad and the excitement is at a pretty high level.”

Don’t miss out on your chance to see the world’s best in action at Trent Bridge’s England internationals next summer. Click here now to book your seats online.