WOOD, MOORES INSIST NOTTS CAN COMPETE IN DIVISION ONE

Luke Wood and Tom Moores are relishing the chance to test their skills in Specsavers County Championship Division One next summer – and believe Nottinghamshire can compete at the top end of it.

Both players have signed new deals to keep them at Trent Bridge until the end of 2019 after making good progress with the Club this season.

Left-arm seamer Wood finished the four-day season strongly, taking eight wickets in the match at Northamptonshire and finishing the campaign with 18 wickets at 28.44.

Wicketkeeper Moores, meanwhile, was an ever-present in the NatWest T20 Blast side that saw the Outlaws win the competition for the first time.

They hope newly-promoted Notts – going up after finishing in second spot in Division Two this summer – can take inspiration from Essex in four-day cricket, who claimed the Division One title in 2017, just 12 months after winning Division Two.

“It’s nice to be back in Division One because that’s where you want to be playing your cricket and that is where you really get noticed,” said Wood. 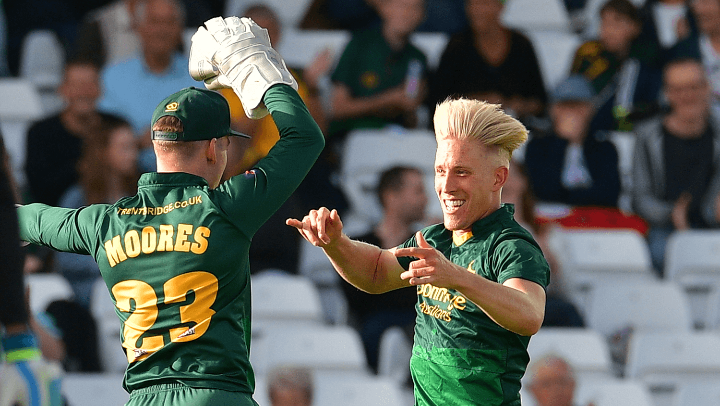 “We’ve seen what Essex have done in the last two years by going up and then winning it, so hopefully we can recreate that here.

“We’ll be going in off one of the best season’s the Club has ever had, so if that doesn’t give us momentum, then I don’t know what will.”

Moores, who has ambitions to take over the gloves from the retiring Chris Read in four-day cricket, has been buoyed by Notts’ 2017 success across the board, which also saw them secure the Royal London One-Day Cup at Lord’s.

He added: “When you win trophies, you get a taste for it. As Ready said to us, once you win things, you want to do it more and more, which is what we’re aiming to do.

“I think we deserve to be in Division One and are a Division One Club, so we’re back where we belong. The lads are ready to give it a go and the target will be to go and win the division, which we are capable of doing.

“We have a really good mix of experience and good young players that I think shouldn’t put us too far off. We don’t just want to go into Division One to make up the numbers.”