Nottinghamshire’s Elite Pathway Manager Matt Wood was among the representatives from the 18 first-class counties who gathered at the National Cricket Performance Centre in Loughborough this week, as momentum gathers over new plans to support the County Talent Pathway.

The counties and the ECB united in their support of Cricket Unleashed on the crucial importance of developing homegrown players for county and international cricket, using the network of 18 first-class counties, and 21 non-first class counties.

That led, in the spring of 2017, to the appointment of Alun Powell, who had previously worked in both codes of rugby, as the ECB’s new National Talent Manager for men’s cricket.

And now, one year on, Powell assembled the Academy Directors from the first-class counties to outline details of the Talent Map, the ECB’s strategy to support the County Talent Pathway.

“The Academy Directors are doing great work, and we want to improve the support we provide to them.” ECB National Talent Manager Alun Powell.

“It was a really significant and uplifting day for those of us at the ECB involved with the County Talent Pathway, and I hope the guys who made the effort to attend from the counties at such a busy time of year would agree,” said Powell.

“They have such important roles, back at their counties and therefore for us at the ECB. The great thing for me was to see their enthusiasm to enhance the system, and their desire to play a key part in the changes we’re making.

“I think there’s major value in them all getting together. We had formal sessions sharing best practice and talking about a wide variety of relevant areas, from player recruitment, programming of support for talented players, age-group competitions, and partnerships with key stakeholders such as non-first class counties and Higher Education.

“But it’s just as valuable for the 18 guys to have that time to talk informally. There’s a hell of a lot of experience and knowledge in the room – guys who will be familiar names from their own playing careers in county cricket, former teachers and coaches, and many of whom have a number of years in academy environments.

“The Academy Directors are doing great work, and we want to improve the support we provide to them. Through our Regional Talent Managers, we will have a much greater presence in the academies and will support the delivery of coach development, parent education, and the Academy Director with their planning and delivery of pathway programmes. 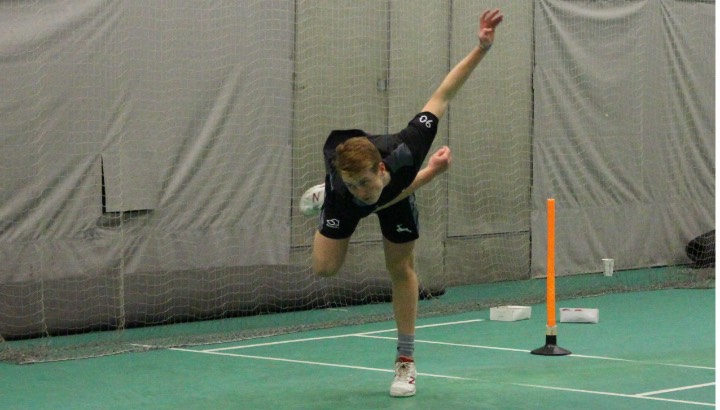 “We’re working towards 2025 as the stated goal to have established a game-wide, connected and world-renowned talent pathway. This 2018-20 period is all about establishing the foundations, as a key part of the new County Partnership Agreement – and taking in various key strands of Cricket Unleashed, such as our South Asian Strategy, to increase the reach of our counties.”

The day also included a presentation from Ben Jones from the Institute for the Psychology of Elite Performance at Bangor University in North Wales, outlining the findings of a project he has been working on with the ECB’s spin-bowling lead Peter Such investigating the characteristics of county and England spin bowlers.

Notts’ Wood valued the get-together and said: “It’s a good opportunity to share best practice with other counties and also to talk to the experts at a national level about how we progress our players on.

“It’s not just about producing players who we want to represent Nottinghamshire, although that’s obviously very important, but hopefully at a higher level in the future, as we’ve had with Jake Ball.

“It’s a good opportunity to share best practice with other counties and also to talk to the experts at a national level.” Notts’ Elite Pathway Manager Matt Wood

“Everyone has the same goal – to produce good players – so anything we can pick up, such as tips from around the other counties that will enhance our own programme, will be beneficial.

“I think we are in a good place with our current programme (which features Joey Evison, above), but there are always areas where you can improve. It’s looking at those little extras that make the difference.”

Below is the full list of 18 county representatives who attended: