2018: THE YEAR WHEN SWINGERS HAD TO LEARN NEW TRICKS

Andy Pick, Nottinghamshire’s Bowling Coach, is looking back on 2018 as a year in which the weather meant swing bowlers had to change their game.

With the British summer characterised by a searing heatwave, conditions were far from helpful for those who rely on moving the ball in the air.

“You’re generally looking for some kind of cloud cover for the ball to swing consistently,” the 55-year-old told BBC Radio 4’s Sangita Myska.

“This summer, there’s been none of that. A lot of the time, it’s been clear blue skies and sun shining, so guys who rely on the ball swinging have found it difficult. They’ve had to adapt and come up with some different tricks.

“I’m not a scientist by any stretch of the imagination, but 50 years in cricket has taught me that if it’s cloudy you’ve got more chance of it swinging – hence why it tends to swing more here (in the UK) than other parts of the world.

“The clear skies in 2018 have meant the lads who swing the ball and rely on it swinging have had to adapt to get a bit more off the pitch.”

Pick’s interview played out on the stalwart Today programme on Boxing Day, kicking off a feature on the repercussions for cricket of climate change.

“Cricket is affected in numerous ways. You’ve only got to look at what’s happened in recent years,” said Tania Aldridge, a journalist who has written extensively on the subject.

Nottinghamshire Head Groundsman Steve Birks, who was also interviewed for the BBC programme, believes deluges of rain have become more frequent during his 21 years at the helm. 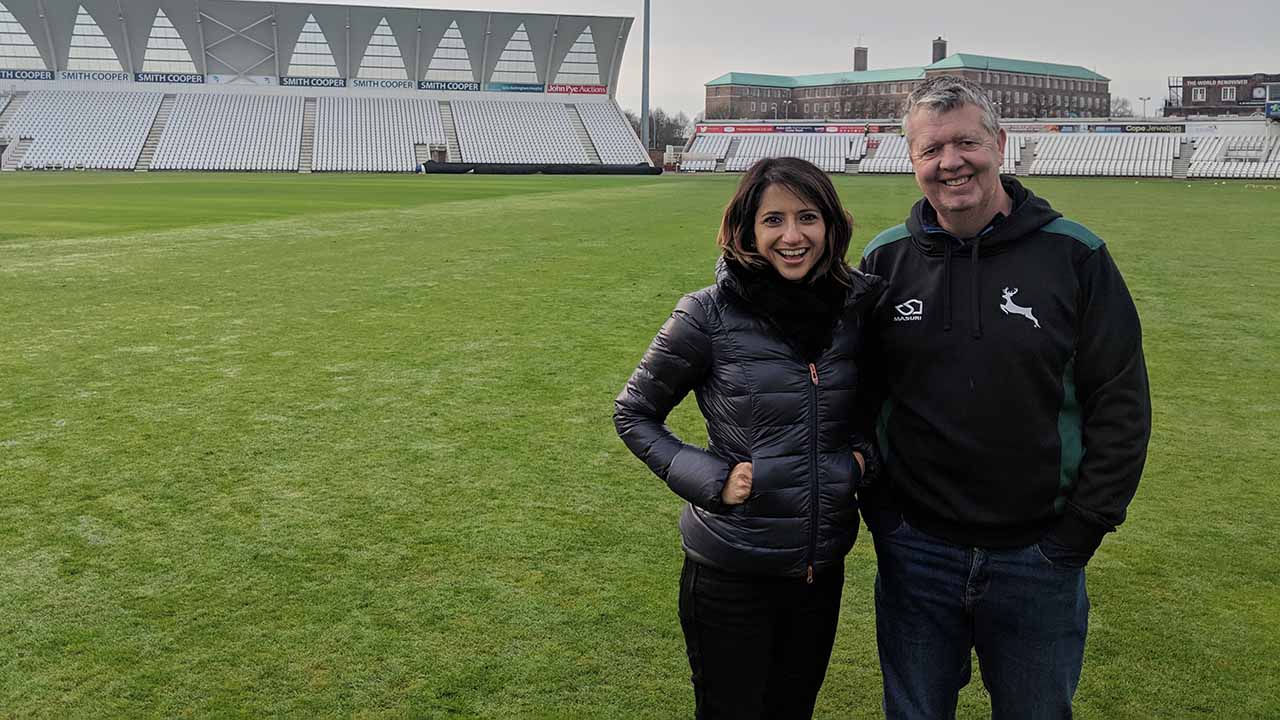 “You get heavier rain now,” he said. “You get more torrential rain. Some days we’ve had 15ml within an hour, or 25ml in a day. It’s a lot for the ground to cope with.

Listen to the full BBC feature here (from 42 minutes)…

On The Second Day Of Christmas The Outlaws Gave To Me: Two Shots We Love

On The Third Day Of Christmas The Outlaws Gave To Me: Three Fletcher Gems

On The Fourth Day Of Christmas The Outlaws Gave To Me: Four Stars Transferred

On The Fifth Day Of Christmas The Outlaws Gave To Me: Five Golden Wins

On The Sixth Day Of Christmas The Outlaws Gave To Me: Six Batsmen Not Playing

On The Seventh Day Of Christmas The Outlaws Gave To Me: Seven Outlaws Slimming