Tom Moores has vowed to exercise a measure of control when batting in the Specsavers County Championship – but insists he will still play his natural game.

The Nottinghamshire wicket-keeper batsman is set to take over the gloves from Chris Read following the long-serving captain’s retirement at the end of the 2017 season.

Moores carved out a reputation as a hard-hitting batsman in last year’s T20 Blast (now Vitality Blast), but is aware of his added responsibilities with the bat in four-day matches.

“I still want to play an attacking brand of cricket but in a way that I can make sure I make handy contributions.”

The 21-year-old knows he will need to be more circumspect than in white ball competitions, but not at the expense of his inclination to keep the scoreboard ticking.

“I still want to play an attacking brand of cricket but in a way that I can make sure I make handy contributions in the middle order,” he said.

“For me it’s a tempo thing, rather than a technical thing, in red ball cricket, and if it is there to whack then I will still do that. 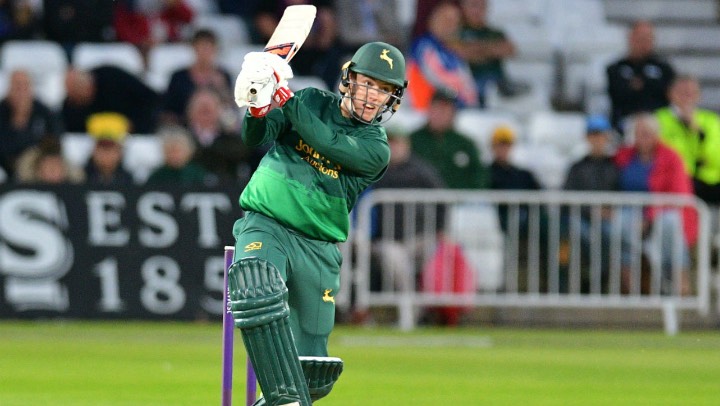 “In T20, that’s when you move it up through the gears and the pace of your innings is higher.

Moores has so far played seven first-class matches, last playing in the Specsavers County Championship match in September, and has a high score of 41.

“Overall, being consistent is what everyone is striving to be.”

While he’s clearly keen to improve on that, the Brighton-born player is setting no target in terms of runs scored, nor catches and stumpings taken.

“Overall, being consistent is what everyone is striving to be. I want to make my mark on the game and just want to try to win games in Division One – I’m not really thinking about any targets.

“If I care of that, then runs, catches and stumpings will follow.”