The England and Wales Cricket Board (ECB) have today announced Vitality as the new title partner of T20 Blast, International T20 and recreational T20 cricket, supporting the game for men and women.

The health and life insurance company has signed a four-year deal to sponsor ECB’s domestic T20 Blast as well as key grassroots T20 tournaments – plus a two-year agreement to be the title sponsor of all England’s home international T20 series, both women’s and men’s.

The new partnership will give Vitality full competition naming rights, in-ground advertising and hospitality rights as well as access to England players.

Starting this season, the agreement will encompass:

Vitality’s support for the recreational game will include title sponsorship of three key grassroots properties: the men’s and women’s Vitality Club T20 competitions, plus the Vitality U19 Club T20 tournament, which was launched nationwide in 2015 and attracted entries from 675 clubs last year. 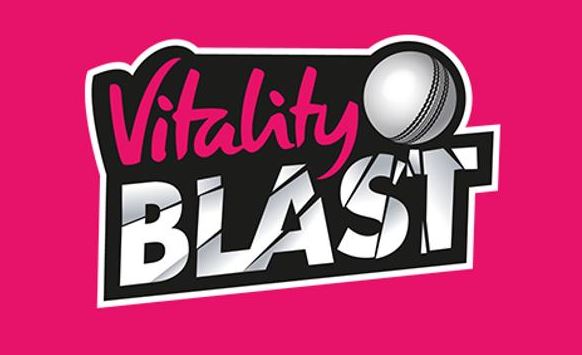 The new sponsorship sees Vitality further increase its footprint in cricket. The insurer has been an Official Partner of the ECB since 2013 and counts England Test captain Joe Root as one of its Ambassadors.

Beyond cricket, Vitality has a comprehensive sponsorship portfolio which embraces a wide range of sports, including football, rugby, hockey, netball and run events.

ECB Commercial Director Rob Calder said: “We’re excited to be working with a partner who shares our enthusiasm and passion for T20 cricket. It’s the fastest growing format of the game, an integral part of ECB’s long-term strategy and has a critical role to play in bringing new people to the sport.

“Vitality are an established brand in the sports marketplace with a proven track record of using sponsorship successfully to grow fan-bases and improve participation levels. They’re a natural fit for a partnership to drive interest and engagement in all our different T20 competitions at every level.”

Neville Koopowitz, CEO of Vitality, said: “We're delighted to be partnering with the ECB for T20 cricket. T20 is a brilliant innovation that's revolutionising the sport around the world.

“This new sponsorship aligns with our own vibrant brand and fits with our desire to increase awareness and engagement among families and across all levels of the game while at the same time telling more people about Vitality."

You can watch every ball of Nottinghamshire's scheduled home matches in 2018 - in all three formats of the game including T20 Blast - by joining our family as a Member. Adult prices start from £38 and you can become a Member by clicking here...

PreviousPre-Season Training Heads To The Gotham Hills NextStuart Broad: Trent Bridge Is My Favourite Place In The World To Bowl
TWEETS
Tweets by @TrentBridge
NEXT FIXTURE
Friendly
31 March 2020 at 11:00
Trent Bridge
Nottinghamshire
Northamptonshire