Riki Wessels believes his upcoming stint in the Hong Kong T20 Blitz comes at an ideal time to assist his preparations for the 2018 county season.

The destructive batsman, 32, flies out this weekend to play for the Hung Hom JD Jaguars in the five-team tournament held over six days (6 February to 11 February) at Tin Kwong Road Recreation Ground in Mong Kok.

Wessels, last season’s Outlaws top scorer in the T20 Blast with 559 runs, hopes it will help him hit the ground running when the English campaign begins on 13 April with a Specsavers County Championship trip to Lancashire.

“Having not played outdoors for a while, it’s good to get out there and back into the swing of things.”

“It’s quite a short, sharp tournament that is over in less than a week, but it’s four games in five days and some very good players are going over there, so there’s going to be some hard cricket played,” he said.

“Having not played outdoors for a while, or been involved in competitive matches, it’s good to get out there and back into the swing of things.

“I’ve never played in Hong Kong, so I’ve no idea what the conditions and the pitch will be like, but I’ve always enjoyed challenging myself like that.

“As well as places where you know more what to expect such as South Africa and Australia, I’ve also played in places such as Sri Lanka, Zimbabwe and Bangladesh, and I feel privileged to have done that.” 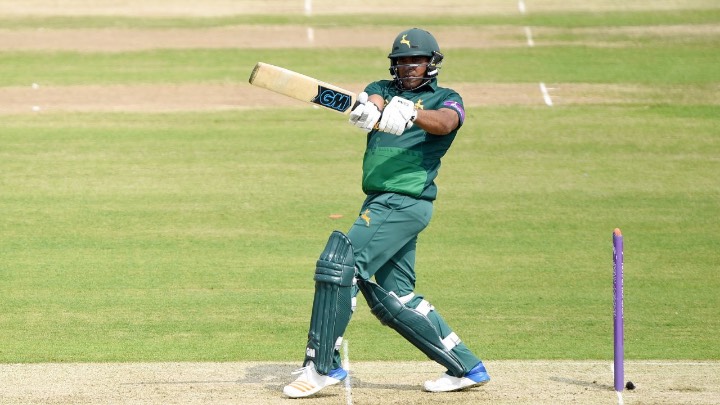 The Jaguars will come up against City Kaitak, Galaxy Gladiators, Hong Kong Island United and the Kowloon Cantons in a round-robin format, with the top two sides contesting the final.

Some well-known players have signed up for the tournament – a maximum of five per team coming from overseas – including Kumar Sangakkara, Ravi Bopara, Ryan ten Doeschate, Luke Ronchi and James Franklin.

Wessels is looking forward to catching up with Pakistani Sohail Tanvir, who he has played with in the past, as well as facing the bowling of what he calls ‘the hottest property in cricket’ in the shape of Jofra Archer.

But there will also be a far more familiar foe in opposition when he lines up against Kowloon.

“I’ll obviously be looking to take him (Samit Patel) down and hit him for a few runs.

Wessels said: “Samit (Patel) is out there at the same time, and we both want the bragging rights.”

“I’ll obviously be looking to take him down and hit him for a few runs, but at the same time I might have to be a bit more careful because I don’t want to get out to him!

“My fitness has gone pretty well over the winter and I’m feeling in decent nick after three or four really good weeks of nets since coming back in January, so I’m ready to go.”