Jim Troughton believes Grant Elliott and Colin de Grandhomme have brought a 'sense of fun' to Birmingham Bears - and is excited to see where that spirit will take his team in the 2018 Vitality Blast.

Elliott and De Grandhomme are back in Birmingham and, along with fellow Black Caps star Jeetan Patel, will form the backbone of the Bears' T20 team in the campaign which starts away to Notts Outlaws tonight.

Last season all three were big contributors - Elliott as captain and all-rounder, De Grandhomme as big-hitting batsman and Patel as skilful spin-bowler - as the Bears reached the final.

And while Patel's merits have been benefiting the Bears for years, it was the arrival of his two New Zealand team-mates that took the team's T220 cricket to another level last year, believes first-team coach Troughton.

"T20 cricket is all about playing instinctively and enjoying it and that's something that Grant and Colin have really brought to the squad."

"T20 cricket is all about playing instinctively and enjoying it and that's something that Grant and Colin have really brought to the squad," he said. "They have brought in a sense of fun and a sense of curiosity and if you mix that with the competitiveness and skills of people like Jeets you've got a great mix.

"Grant and Colin have been with us for a couple of weeks now and joined us up in Durham last week for a bit of training and a catch-up with the guys so we can be ahead of the game when the tournament starts. We've kept in touch throughout the winter and spoken about what went well last year and what could have been better.

"They were both brilliant for us last year, on and off the field. They have the perfect attitude, encouraging every player to free up and be fearless.

"That's what T20 batting is all about while as a bowler you have only got 24 balls to make an impact on the game so it's about managing your emotions and executing under pressure. 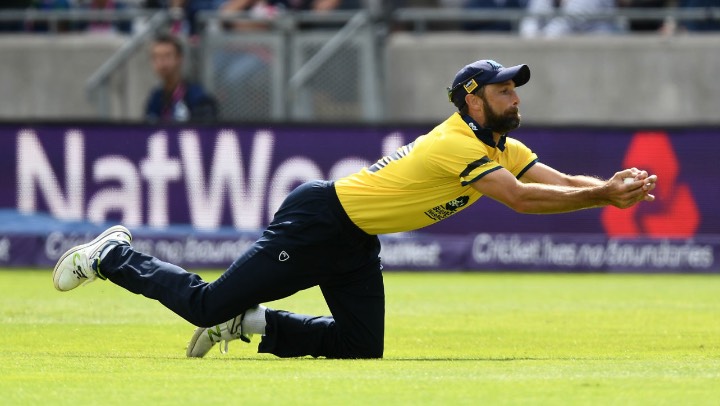 "Sometimes a long-hop will get hit straight to deep-square and get you a wicket and then a decent ball will go out of the park, but as long as you have got plans and variations you can give the batsman something to think about."

Troughton believes the Bears will start their Blast campaign at Trent Bridge buoyed by their impressive white-ball cricket already this season.

That they did not qualify from the Royal London Cup was heavily due to the vagaries of the weather as they alone in the group lost two games to rain - especially frustrating as they ended just one point short of qualification.

"We will take plenty from our RL50 campaign," Troughton said. "We have improved a lot in that format and were unlucky not to qualify. As a player and a coach I have missed out on qualification at times and accepted it because we pretty much deserved it.

"We start the Blast at Notts and they are a powerful side so it is an exciting start."

"Other times we qualified when we snuck in and got a little bit lucky. But this time I genuinely feel that we were in the top three best teams in the group, that's why it was so disappointing not to qualify and the guys took it hard.

"We only lost two games in the group and were the only team to lost two to the weather which cost us the opportunity to get that extra win. It was a real shame but there was a lot of good stuff to take from the group.

"Now we start the Blast at Notts and they are a powerful side so it is an exciting start. We had a good experience there in the RL50 this season, so it would be great to go up there in front of a big crowd and get the points."

Tickets are going fast for the country's first Vitality Blast game of the year between the Notts Outlaws and Birmingham Bears at Trent Bridge tonight (6.30pm start). Be part of it - secure your seats now...