Wicketkeeper Read retired from playing at Trent Bridge last summer after 20 years in Green and Gold and has since taken up a position working at Uppingham School.

Batsman Taylor, meanwhile, was forced to quit with a heart condition in 2016 and now covers cricket in the media.

They are two of six members of the new scouting network – Marcus Trescothick, Steve Rhodes, Glen Chapple and Steve Rhodes – and Newell says both men are well placed give their opinions, given their experience of the game and recent involvement in it.

“James and Chris have an extensive knowledge of the game and know the sort of players that England are looking for.”

“If you look at the six who have been appointed, they are very much either current players in (Marcus) Trescothick’s case or, as in the case of Chris and James, recently retired,” said Newell.

“It’s not a new completely new network or idea – it’s been in place for a number of years through the National League Coaches and with scouts who have been slightly older.

“But there is a shift in emphasis in terms of age and a greater leaning towards people who are closer to the current crop of players.

“James and Chris have an extensive knowledge of the game and know the sort of players that England are looking for.

“They are aware of the way England want to play their one-day cricket and it will be interesting to get their take on that because it’s not just about ability but how they fit into game plans.” 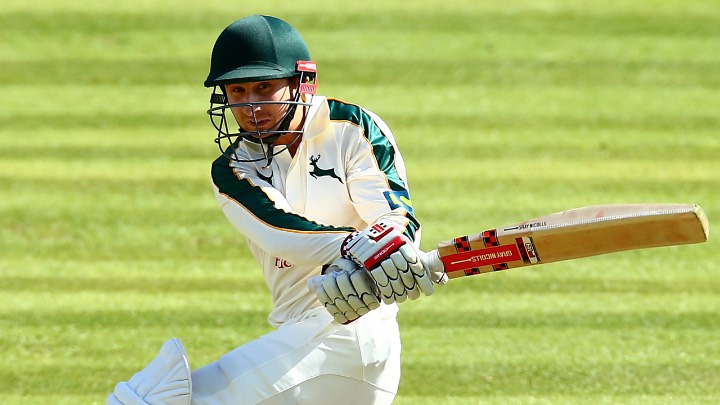 Newell is confident both men will be able to work their scouting commitments around their other interests.

The information they provide will then be available for selectors picking England and England Lions squads for various red and white ball tournaments and series.

Newell added: “Basically, each one of the scouts will be given a number of players who will be theirs to monitor over the course of the summer. They will be given players tailored around their ability to watch.”

“Each will then provide a report at the end of the summer or whenever selection meetings are coming up for the National Selectors or selectors of the other England teams, feeding straight into Loughborough, which is where most of the insight and scouting information is kept.

“I think it is part of the whole process of looking at more players than we have done in the past and more often.”

“Myself and Angus (Fraser) and Ed (Smith) will then be able to access that information and to pick up the reports, along with the Lions coaches, so that when we are picking the England and Lions teams we have got lots of views on players that we can use.

“I think it is part of the whole process of looking at more players than we have done in the past and more often.”

Having worked closely with both during his time at Trent Bridge, Newell is pleased that two such accomplished former players have been trusted with the new roles.

“It’s great for those two because they are involved closely in the game through the media in James’ case and through his work at school in Chris’ case,” he said.

“It keeps them involved at a decent level and it’s good to have the eyes of experienced international cricketers looking at those sort of players and passing no that information.