Liam Price is thrilled delighted to be working with Nottinghamshire’s first-team players until at least the end of the season after being offered the Strength & Conditioning Coach role on an interim basis.

He succeeds Ross Herridge who left the Club this week to take up a role in Australia with New South Wales.

Formerly a keen rugby player, Price graduated with a degree in Sports Therapy from the University of Northampton.

“It will be a case of slotting in and continuing the work Ross Herridge has done.”

Before arriving at Trent Bridge he worked at Northamptonshire CCC where he worked as an intern for two years having previously completed a work experience placement.

“It’s a really big opportunity for me and I will be doing my very best to make sure that the faith the club have put in me is repaid,” said Price. 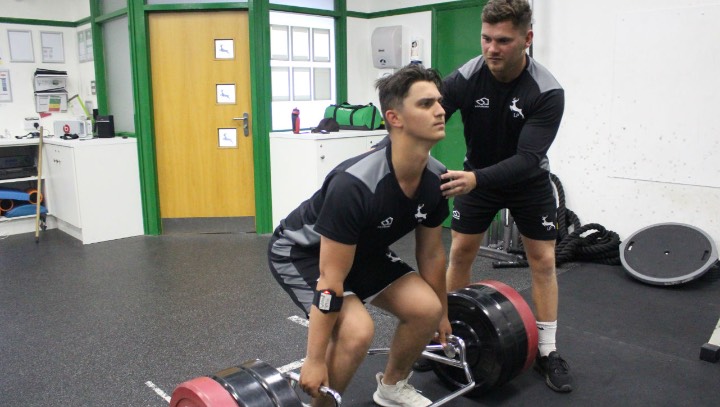 “It’s been amazing to see the passion and commitment that has gone into the cricket the team has played in four-day cricket and I can only imagine what it’s going to be like when the big T20 nights at Trent Bridge start next week.

“It will be a case of slotting in and continuing the work Ross has done. You can put your own stamp on certain things, but Ross and I have similar ideas and Ross was one heck of a practitioner. If I can do half as good a job as he has then it will be a job well done.”

Replacing Price in his role as an Assistant S&C Coach working with the Second XI and Academy sides is Henry Woodward.

“We are pretty happy with the programme we have set up of the Seconds and Academy. The fundamentals are established and we think it is going quite well.

He has previously worked at Saracens RUFC after graduating from the University of Bath and runs his own business, Woodward Performance.

“We are pretty happy with the programme we have set up of the Seconds and Academy. The fundamentals are established and we think it is going quite well.”

“We were looking for a personality to come in and carry that on and Henry has the skills to do that. He’s already been in for a couple of days for a taster and will start properly next week.”