Jake Ball has signed a contract extension with Nottinghamshire that will keep him at Trent Bridge until the end of the 2021 season.

The 27-year-old seam bowler has been in superb form in the 2018 summer so far, taking 27 Specsavers County Championship wickets and another 14 in Royal London One-Day Cup cricket.

His contribution for the Green and Golds has earned him an England recall, being named in the one-day squad for the ongoing five-match series with Australia.

“Being Notts born and bred, I’m delighted to sign up to my home county for three more years.” Jake Ball

Ball was a key part of the Notts squad that won both the Royal London One-Day Cup and T20 Blast last summer, as well as promotion back to Division One of the Specsavers County Championship.

“Being Notts born and bred, I’m delighted to sign up to my home county for three more years,” said Ball.

“It was fantastic to be involved in the success we had last year and I hope we can have more as a Club in the seasons to come.” 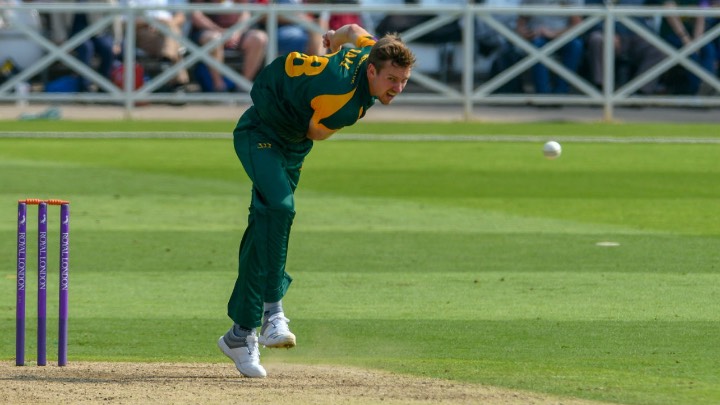 Since making his Test debut for England against Pakistan in July 2016 at Lord’s, Ball has made 21 international appearances in all.

“He has become a top class bowler both with red and white ball and is now an experienced and senior member of our squad.” Head Coach Peter Moores

Head Coach Peter Moores added: “It’s great news that Jake has committed his future to the Club. He continues to develop as a player and his contributions across all three formats have been instrumental in our success over the last 12 months.”

“He has the ability to change a game through his pace and movement and that’s something everyone wants in their team.”