Fran Wilson is delighted that the England Women’s Senior Academy players will be able to showcase their skills at the revered international venue of Trent Bridge on Tuesday.

The 2017 World Cup winner with England is set to play in a team that will take on a Cricket Australia Aboriginal Women’s XI, captained by Australian international Ashleigh Gardner.

The match (11am) is part of a double header that also sees an Aboriginal Men’s XI, led by Outlaws T20 skipper Dan Christian, take on a Notts XI (3pm).

It commemorates the 150th anniversary of a male Aboriginal cricket side touring England in 1868, becoming the first sporting team from Australia to tour internationally.

Middlesex batter Wilson is excited by the prospect of playing at such a famous ground and said: “I haven’t played at Trent Bridge before, so it’s a really good opportunity for me and the rest of the women to enjoy playing on such a stage.

“I have obviously seen the ground quite a bit on TV and it’s exciting.”

“I have obviously seen the ground quite a bit on TV and it’s exciting. I think it’s really important for the women’s game that we continue to get the chance to play at places such as this.

“It’s not just about playing at bigger grounds in front of bigger crowds, but also about playing on better pitches with more pace in them, which will help make games more entertaining for everyone.

“Hopefully there will be a time where we aren’t part of a double header and we have big matches that people enjoy on their own, but we aren’t there yet and these types of matches give us the chance to show what the women’s game can offer.”

Wilson is acutely aware of her responsibility in being a role model for the next generation of women cricketers, having grown up with only a handful of heroines to follow herself.

The 26-year-old right-hander honed her skills in her native Somerset before moving to the capital, and has gone on to play 35 times for her country across all formats. 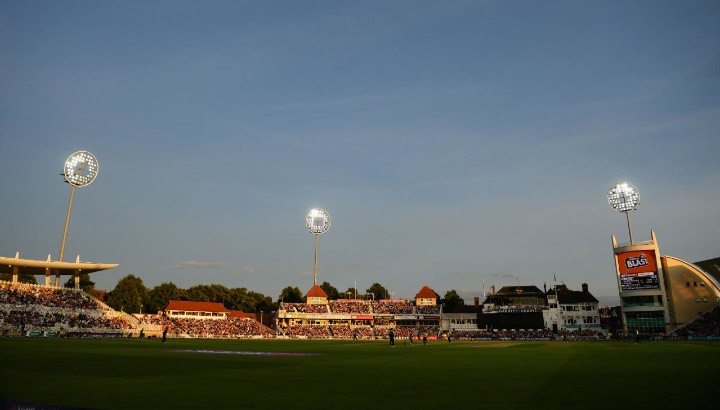 “Aside from Charlotte Edwards, it was mainly the senior players in the Somerset squad who I looked up to and, being a West Country girl, Marcus Trescothick,” said Wilson.

“You are in a position where you only have 10 to 15 years in the game and you have to try to make the most of that because there are a lot of youngsters who love cricket who are going to be watching you.

“It’s important that even though we are playing the game hard, we still play it in the right spirit and find the right balance.

“The good thing, I think, about women’s cricket, because we have only just turned professional, is that the players are still relatively accessible.

“It’s important that even though we are playing the game hard, we still play it in the right spirit and find the right balance.”

“In some professional sports, the players can be aloof, but it hasn’t happened with our game and I really hope it stays that way.”

Gates for the Cricket Australia Aboriginal XIs double header open at 10am and entry is free to Members and everyone who secures a ticket in advance, which must be booked online or via the phone.