Jake Ball may have tried his luck playing in the snow that enveloped Trent Bridge in the early part of March, but he doesn’t want to do it again when Nottinghamshire visit Cambridge MCCU for their 2018 season curtain-raiser tomorrow (Sunday).

Some of the white stuff has been forecast to possibly fall at Fenner’s during the course of the game, but the Welbeck Wizard would much prefer to be concentrating on cricket, rather than worrying about inclement weather.

After all, Ball, who turned 27 recently, has his sights set on an eye-catching start to the season in England after a disappointing winter in Australia where he played just one Test and one One-Day international after being hampered by an ankle injury.

“I think I’ve only played in snow once before up at Durham and it wasn’t very pleasant, so hopefully it doesn’t come, but if it does it might zip off the pitch a bit!” joked Ball.

“I’m really looking forward to this season and proving, more to myself than anyone else, that I can still do it.”

“But what I am hoping for at Cambridge is to just getting the feel for it again and get the Dukes back in the hand, which is different to what I have been used to. Over the winter, in Australia, I’ve hardly seen the Kookaburra move off the straight, so it’s nice to see the ball do a bit.

“For me going to Potch (Potchefstroom in South Africa) was really good to get back with the lads and get an understanding of where we are wanting to move this year.

“I’m really looking forward to this season and proving, more to myself than anyone else, that I can still do it. I’ve just wanted to get back to enjoying my cricket again, which I have done.

“It was an extremely frustrating time for me in Australia and the enjoyment does go out of it a little bit, especially with the team not winning as well. It was a tough tour, probably one of the toughest I’ve had to deal with, but I’ve learned a lot and what doesn’t kill you makes you stronger. 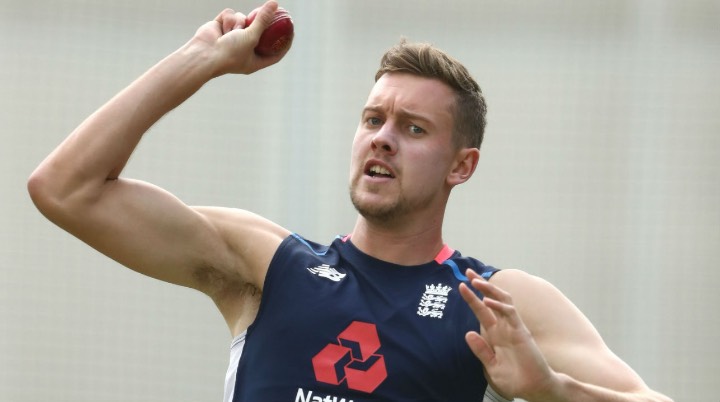 “I think England has to be off the radar for the moment because the only way I am going to get back in the international team is by taking wickets for Notts, and you have to put your whole focus into that – you can’t have any side things going on in your head. Hopefully then the England stuff will follow.”

While no points rest on this opening fixture, as will soon be the case up at Emirates Old Trafford on 13 April against Lancashire, Notts are determined to start well.

Ball insists setting the right tone both against the students and in the friendly at Leicestershire which follows on April 5 and 6 is key to hitting the ground running when the real competition starts.

He added: “We will be taking the Cambridge game very seriously. It’s a first-class game and boys are playing for their career records and getting into that competitive mentality ready for the first Championship game up in Manchester. We want to come away with a win.

“I think that’s the god thing about our team – there are people constantly pushing each other and at no point can you rest on your laurels.”

“There’s also very strong competition in the bowling ranks and people are fighting for their places. I didn’t go on the bowling trip to Oman but from what Picky (Bowling Coach Andy Pick) has been telling me, we have some really good Academy lads coming through and the senior players were also bowling well.

“I think that’s the good thing about our team – there are people constantly pushing each other and at no point can you rest on your laurels.”