Long-serving all-rounder Samit Patel has agreed a contract extension with Nottinghamshire County Cricket Club, keeping him at Trent Bridge until the end of the 2020 season.

The 33-year-old former Academy player has scored more than 11,500 first-class runs to date and in excess of 10,000 in one-day competitions.

Capped 60 times by England in all formats, he has also taken more than 300 first-class wickets and 400 in limited overs matches with his slow left-arm bowling.

“The Club has had some significant successes in my time here and hopefully there are more to come this season and beyond.” Samit Patel

Patel is Notts Outlaws’ leading aggregate run scorer and wicket taker in T20, scoring 3,237 runs and taking 140 wickets since the format’s inception in 2003.

Last season, he was named the PCA Players’ Player of the Year and the PCA MVP after a superb season that helped Notts clinch promotion back to Division One of the Specsavers County Championship and win both white ball trophies.

“I thoroughly enjoy playing at my home county of Notts, so I’m thrilled to have extended my stay here for another two years,” said Patel.

“When I made my debut for the Club in 2002, I would have never expected to have been playing here all these years later, but it’s a great privilege to play at a ground like Trent Bridge. 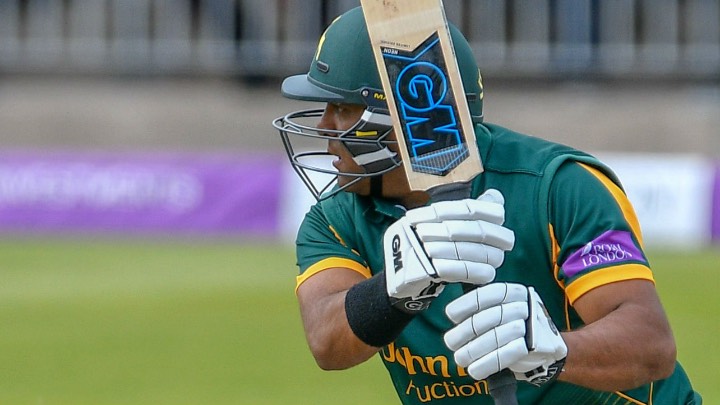 “The Club has had some significant successes in my time here, not least last season, and hopefully there are more to come this season and beyond.”

Head Coach Peter Moores is delighted the Club has retained the services of a key performer with bat and ball.

“Samit's played some fantastic cricket over the last 18 months, so to secure his services now for the next couple of years makes real sense.” Head Coach Peter Moores

He said: “It’s a really good move for everybody. I think Samit loves the Club and we love Samit, so it’s a great fit.

“The Members love him and he’s played some fantastic cricket over the last 18 months, so to secure his services now for the next couple of years makes real sense.

“It’s a credit to Samit because he has moved his game on and played really well under pressure, certainly in one-day cricket, taking us home a lot of times in run chases and playing some crucial innings, and he’s always been very valuable with the ball.

“He’s at that point in his career now where he knows his game and knows himself and I think we can expect some good performances going forward.”