He’s had to be patient, but Billy Root feels the wait to get his first-team season at Notts up and running has been worth the wait.

After scoring a crucial 132 in the final four-day game of last season at Sussex, the left-handed batsman and off-spin bowler (though he can bowl seam up too) would have considered himself unlucky not to start the first Specsavers County Championship Division One match of the season against Lancashire.

The Sheffield-born 25-year-old was not involved in any of the first five four-day matches either, despite being in each of the squads for those matches, and instead had to be content with scoring runs and taking wickets in the second team.

But Root’s versatility in one-day cricket – he’s also an excellent fielder – meant he was always likely to be involved when it came to swapping the white shirt for a green one, and he’s played in both of the Outlaws’ Royal London One-Day Cup games so far against Lancashire and Northamptonshire Steelbacks.

“It’s early days, but I would like to be contributing a bit better towards some wins, so I’m hoping that some good runs and wickets are around the corner.”

The next target for the brother of England Captain Joe is to put in that kind of performances that not only cement his place in the limited overs line-up and push his case for a County Championship call-up, but also mean he is helping the team to victory – just as he did in scoring a 50-over century against Warwickshire last year.

“It’s nice to be playing in the first team and I’ve enjoyed it so far,” says Root. “I feel in good nick and I’m hoping to go on and show that in some of the games to come.

“It’s early days, but I would like to be contributing a bit better towards some wins, so I’m hoping that some good runs and wickets are around the corner. Hopefully I can do something special at some point and make that telling contribution.”

Root has registered scores of 6 and 36 and figures of 1-41 and 1-27 in the games so far at Emirates Old Trafford and Welbeck. 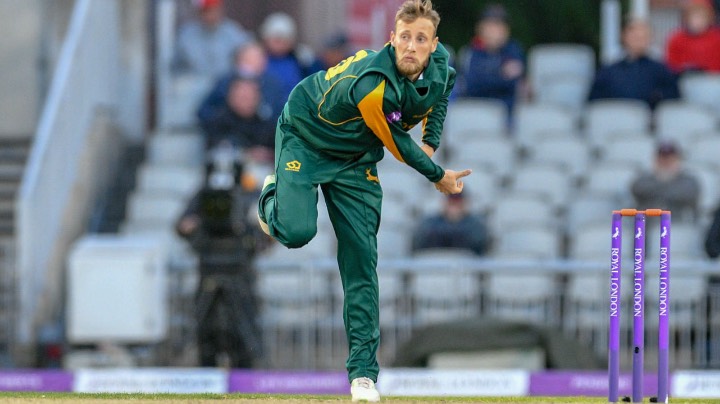 He recognises the importance of his bowling to the overall balance of the team, even if it is tricky to get it right with the current sunny spell making it even harder for those with ball in hand.

Root insists: “It’s tough in this form as a bowler when the sun is out and the wickets are flat, especially when you can only put four rather than five men outside of the circle.

“It’s not easy and it’s definitely a batsman’s game, but you have to figure out ways to take wickets and limit the scoring.

“It was tough bowling out there in the last game at Welbeck, but I feel like I am bowling well and if I get a bit of luck the next time, it might be reflected in my figures.”

“I think we are looking at winning five games to try to get out of the group.”

Notts head to the Fischer County Ground tomorrow to play the Leicestershire Foxes in their third Royal London One-Day Cup North Group game, having won one and lost one so far.

It gives them the same win-loss record as five other teams, with none of those who have completed two fixtures having triumphed in both of them.

Root has an initial target in mind in order for the Outlaws to qualify for the knockout stages, which take place in mid-June.

“I think we are looking at winning five games to try to get out of the group,” he observes. “Obviously you want to win every game, but the points you get from five is usually where you want to be. 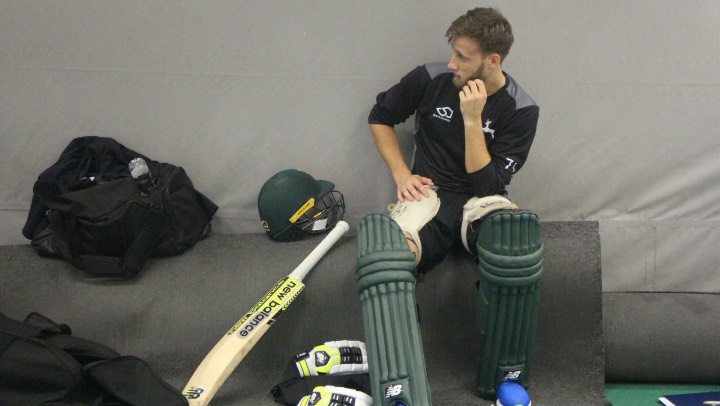 “So our eyes are on that and anything else above that is a bonus. Getting straight through to the semi-final (by finishing top) would be great, but the first thing is to finish in the top three (who qualify for the play-off matches)."

Last time out at Welbeck against Northamptonshire on Sunday, Notts went down by 49 runs in an entertaining encounter that produced well over 600 runs on an excellent out-ground pitch and outfield.

After the visiting Steelbacks piled up 339-9, the Outlaws were eventually bowled out for 290 as Captain Steven Mullaney top scored for the hosts with 71.

Root says: “It was a great game of cricket and it was nice to see all those people come down on a Sunday afternoon to watch us.

“Every time you lose a game, you really want to win the next one.”

“The ground is so fast-scoring at Welbeck that you can look to chase anything and with wickets in hand. 100 from the last 10 overs is very possible, but that’s probably where we didn’t get it quite right. We lost wickets at crucial times so we didn’t have them to spare at the end of the innings.

“We probably let them get a few too many, but you have to hand it to Northants and say that they batted very well. Overall in the game there were just a few moments in the game where we weren’t at our best for short periods of time which hurt us.

“Going forward we have to look at those areas and try to address them for the game at Leicestershire. Every time you lose a game, you really want to win the next one.”