Jake Ball was the proverbial knee high to a grasshopper when he first got the cricket bug playing for Welbeck in the days when the Club were based at Oakdale Lane.

As he sat watching uncle Bruce French, who went on to keep wicket for England, little did he realise that he would be the next player from the Club to make it all the way to the very top level and pull on the cream Three Lions sweater.

Having achieved what many could only dream of by playing for his country, including in the Ashes this winter, Ball admits that sometimes he has to pinch himself at just how far he has come in such a short space of time.

One thing he is sure of, however, is just how big a part Welbeck have played in his rise, given it was not until his latter teens that he left familiar local surroundings to try his luck at Trent Bridge. It was a transition well worth making.

“Even now it still seems surreal that I have played for England,” says Ball. “When I was really young, my granddad used to say I would play at Wembley and my brother (Jonathan) would play at Lord’s.

“Even now it still seems surreal that I have played for England. When I was really young, my granddad used to say I would play at Wembley.”

“I managed to switch that one around, although my brother never got to play at Wembley, unfortunately. As soon as I set my sights on being a cricketer then the dream and goal was always to play for England.

“Up until three or four years ago I wouldn’t have dreamed it would happen, though. But then I had a good winter in the gym, things clicked and start to happen, and all of a sudden I’m making my Test debut at Lord’s (against Pakistan in 2016).

“I was 17 when I was picked up by Notts, which was relatively late. I pretty much did most of my development at Welbeck, which is why I owe a lot to them.

“Darren Bicknell, who is now on the committee at Notts, was a coach there at the time and I was bowling in the nets at him and he suggested I come down to Notts.

“I then bowled at England and New Zealand as a net bowler before a Test match at Trent Bridge and Ottis Gibson, who was then England bowling coach, pulled me to one side and said that I’d looked really good. I got on to the Academy and things went from there.” 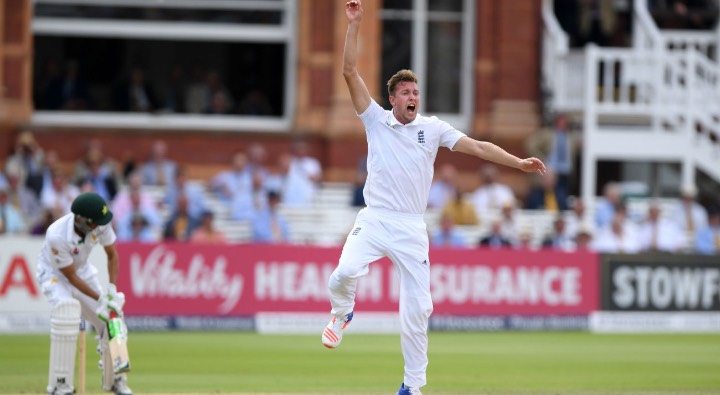 Although a move to county cricket was not immediate, Ball’s love for all things sport was far more cut and dried. Ever since he can remember, he played football and golf, as well as the pursuit that was to become his professional career.

Indeed, he insists that playing for Welbeck was ‘inevitable’ given his widespread family interest and history in the Warsop-based club.

Ball explains: “My mum has got five brothers who all played (The Frenches), so when I was growing up, my granddad was the groundsman and my grandma made the teas, so I couldn’t really escape it.

“My uncles played and went on to be coaches and every spare minute I spent up at the old ground at Welbeck because I just loved playing the game, loved learning it and went on from there.

“I used to try to play as young as I could. I remember playing where you used to bat for four overs and if you were out you lost five runs, but then if you hit a six you were back in the red!

“It’s nice for my family to have seen me play in different countries and at different grounds and counties around England. They have put a lot into what I have achieved so far.”

“At one point I was playing under-11, under-13s and under-15s and mum and dad were putting more miles on the car then than they do now

“It’s nice for them to have seen me play in different countries and at different grounds and counties around England. They have put a lot into what I have achieved so far, because they have put such a lot into it too.”

Ball still does his best to get back to Welbeck as often as he can to meet up with old friends and also coach some of the younger players.

He is keen to stay involved for as long as he can and take a more active role at the John Fretwell Complex – Welbeck’s current base that will host Notts Outlaws v Northamptonshire Steelbacks on Sunday 20 May – once his career with Notts has come to an end.

“The last time I played was three years ago,” says Ball. “Mick Newell was reluctant to let me go and play, but I managed to convince him and I ended up breaking my hand, so that put paid to that one! Every time I asked from then on, it was a straight ‘no’. 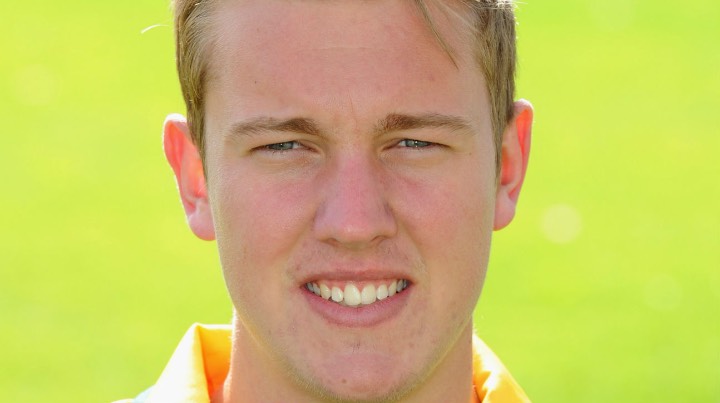 “But looking further ahead when I’ve finished playing professionally, I would certainly love to go back and play a big part at the club. Whether I can play depends on how the body is – I might just have to go back as a batter! I’m only 27 now and still wake up as stiff as a board.

“I’d love to carry on playing because you are a long time retired and I know people say that as long as your body will allow you should carry on.

“If not then I would love to get down in and around the coaching and even now I try to get down to the nets as much as I can and try to pass on a little bit of wisdom I’ve picked up along the way.”

One of the things that appeals to Ball about re-engaging with the grass roots game is the opportunity to help unearth the next generation of talent.

Several players have come through the Bassetlaw and Nottinghamshire Premier Leagues to play for Notts, himself included, and he believes that others could make the grade in the future too.

“I would love to coach at Welbeck as much as I can (when retired) and try to pass on a little bit of wisdom I’ve picked up along the way.”

He says: “People at the club have put so much into getting me to where I am now and where I could be in a couple of years’ time, so I feel it would be the right time to put something back in and hopefully produce the next me or Franksie (former Notts player and now Assistant Head Coach Paul Franks, who played for Farnsfield).

“We have already seen quite a lot of people come out of club cricket, including Luke Wood (for Cuckney), so it’s a great thing if you can find a gem here and there and if you play some part in helping to produce that then I think it would be quite satisfying.”

Tickets are available for this weekend’s game at Northants via trentbridge.co.uk/tickets, priced at £12 for adults, £9 for seniors and under-21s and £5 for juniors.

“Mansfield and the surroundings areas are very passionate about their cricket,” says Ball. “There is quite a big following in the area and they don’t always get the chance to make it down to Trent Bridge, so it’s good to be able to take some cricket to them.

“They can get as close to the action as they ever will do other than being on the pitch. It’s a really good day for them and us and we love that they love coming to watch us and support in the way that they do.” 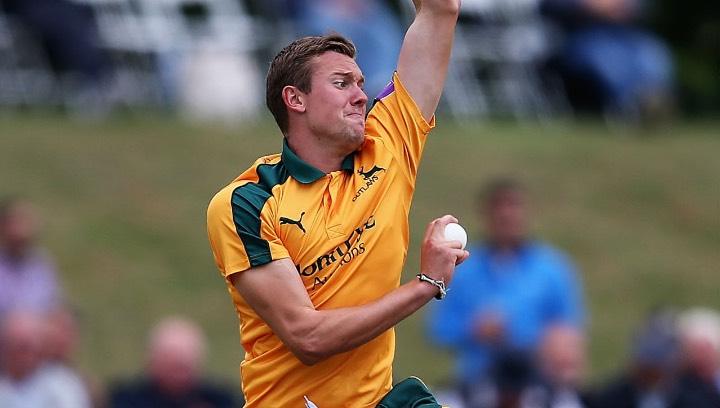