It may have come on the back of a season of unwavering consistency with the ball, but Kirstie Gordon admits that her call-up for the ICC Women’s World T20 came as a huge surprise.

From 35 wickets at just 10.06 for Nottinghamshire to topping the wicket taking chart for Loughborough Lightning in the Kia Super League, there’s no doubt about it, Gordon has earned her place.

The task for the 20-year-old; she’s one of 15 England players tasked with bringing home the World T20 title from the Caribbean.

“I wasn’t expecting the call-up at all, I was totally shocked,” said Gordon.

“I put in a lot of hard work over last winter to get a repeatable and consistent action, which all came together at the start of the summer.

“That stood me in good stead and I kicked on further, taking wickets for Nottinghamshire and for Loughborough Lightning in the Kia Super League. 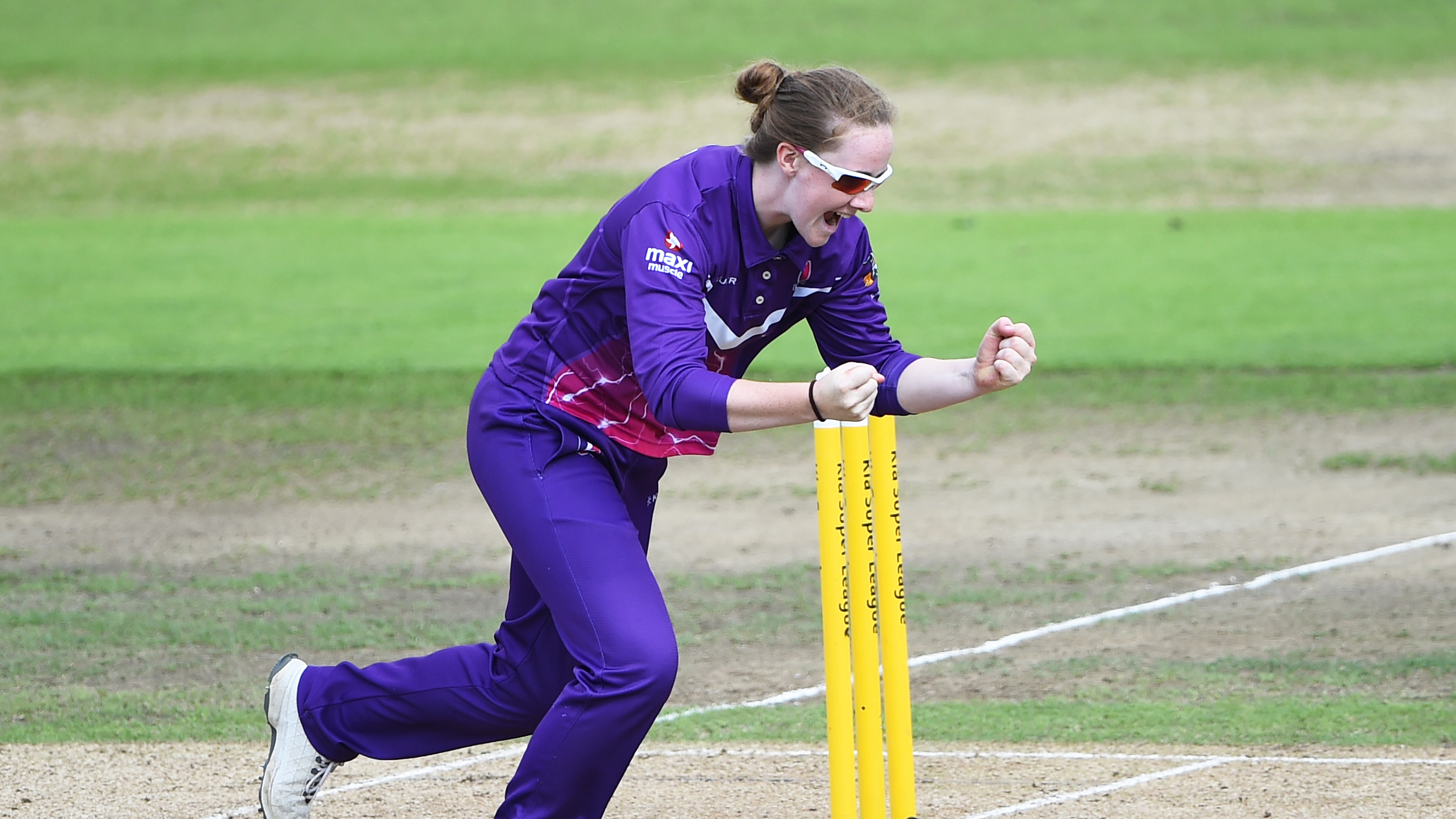 “The main thing when you step up a level is to try and not change too much of what you have been doing at county level.

“I reckon I will be nervous if I get my first cap, but I will just try to hold the lines and lengths I have been most successful with over the summer.”

England have been installed as one of the early favourites for the tournament in the West Indies, but have lost Katherine Brunt on the eve of the tournament.

The young left-armer believes the conditions in the Caribbean, and the atmosphere in the squad, have provided the perfect platform for her to perform.

“It’s a really good group to be around - there are no cliques, no hierarchy and they made us feel really settled as soon we joined up with them,” said Gordon.

“We’ve been here a while now, getting used to the conditions and acclimatising.

“We have found so far that the wickets are quite slow, especially in Antigua and Guyana, which I think will suit my bowling.

“It’s obviously a big tournament coming up and there is probably a bit of external expectation, but we’re all relaxed inside the camp and ready to get going.”

England’s first match takes place in St Lucia on Saturday evening before they go on to play South Africa, Bangladesh and West Indies over the following eight days.