Notts Outlaws head to the West Midlands for a hugely important match in the North Group of the Vitality Blast.

Dan Christian’s side face Birmingham Bears at Edgbaston on Friday evening for a match that will see both sides scrapping for the prize of two precious points on the way to quarter-final qualification.

Additionally, the fixture is a milestone occasion for Notts, as it is their 200th domestic T20 match.

Since the competition began in 2003 Notts have won 106 matches (second only to Lancashire, who have won 109) and have been defeated on 70 occasions.

They have had two tied matches, had 5 no results and had 16 matches abandoned without a ball being bowled.

This match comes one week after the Outlaws pulled off a convincing 71-run victory over the Bears in Nottingham. 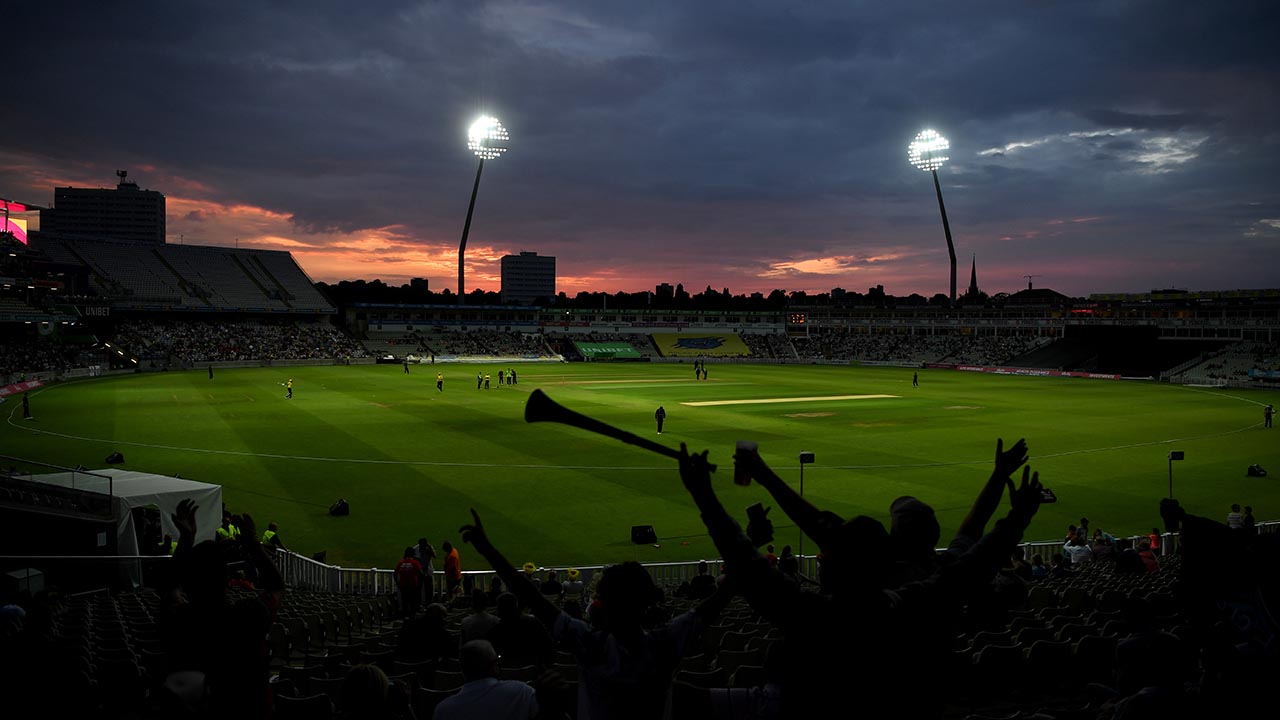 Of the 183 actual matches that have been played by Notts Outlaws in T20, Samit Patel has appeared in 174 of them! 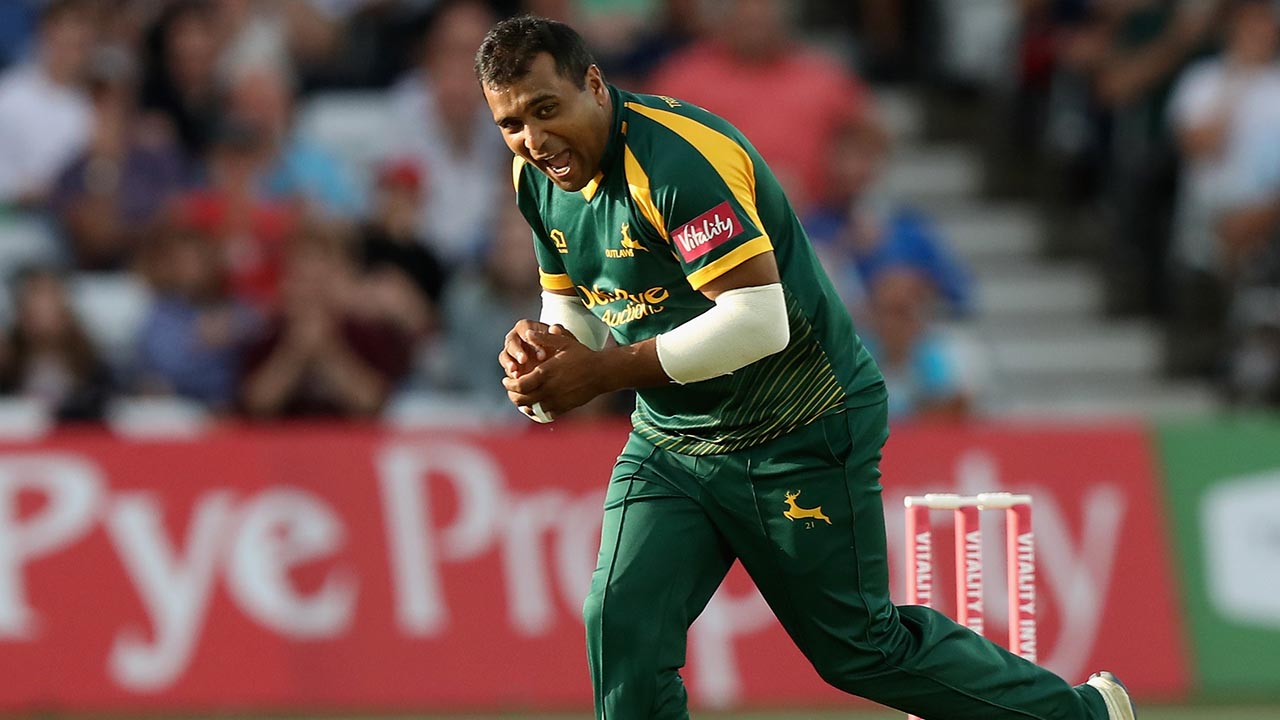 Notts Outlaws and Birmingham Bears (formerly Warwickshire Bears) have met 16 times in T20 cricket, with the Outlaws holding a 9-7 advantage.

In the early years of the competition the two county sides were in different qualifying groups, with Notts in the North Group and the Bears in the Midlands, Wales and West section.

The first meeting was in 2010, with the Bears chasing down 177 to win at Edgbaston. Notts then had the upper hand in the next four clashes before things have evened out over the last few seasons.

There has been a total of eight meetings at Edgbaston, with each side coming out on top on four occasions.

The most famous meeting between the two sides was the final of 2017, staged at Edgbaston (although classified as being on ‘neutral’ territory for records purposes).

Notts defeated the Bears by 22 runs that day, to lift the domestic T20 crown for the first time.

Notts could only post 152-8 in last summer’s meeting with the Bears at Edgbaston. Samit Patel’s 41 was the top score, with Oliver Hannon-Dalby’s 3-30 doing much of the damage.

The hosts clambered over the winning line with 3.4 overs and 6 wickets to spare, with Ian Bell making 54 and New Zealand international Colin de Grandhomme unbeaten on 49 – an innings that included five sixes.

The FIFA World Cup was in full swing when Notts and the Bears were due to meet at Trent Bridge for a Sunday afternoon fixture.

By mutual agreement the start time was brought forward to 11am so that supporters could get away to watch the England v Germany match.

Two of the Outlaws most consistent bowlers of the past decade both recorded their best T20 figures in the same match.

Notts had made 193-7 at Edgbaston, thanks to 70 from Riki Wessels and 56 from David Hussey.

Darren Pattinson then took 5-25 and was backed up by Luke Fletcher’s four for 30 as the Bears were skittled out for 165.

Extraordinary ball-striking from Alex Hales powered Notts to a convincing victory, as they chased down a meagre victory target of 142 to win with 33 balls to spare.

Hales hit an unbeaten 86 from only 43 balls, with 5 fours and 8 sixes. Spread between the 12th and 13th overs Hales hit six sixes in a row, cruelly despatching Boyd Rankin and Ateeq Javid to all parts of West Bridgford.

Exactly one week after lifting the Royal London One-Day Cup at Lord’s, Notts were in T20 action at Edgbaston looking to kick-off their campaign with a win, having lost at Headingley the previous evening.

Birmingham Bears won the match – but that was all over-shadowed by a nasty head injury sustained by Luke Fletcher, struck when bowling, after a fierce return drive by Sam Hain hit him flush on the skull.

After a lengthy delay, play resumed. Notts almost pulled off a tie in a dramatic finish but Michael Lumb was unable to gather a return to execute a run out. Often forgotten, this sadly was also Lumb’s last involvement in the game, as a few days later he was advised not to play again after persistent ankle problems ended his career early. 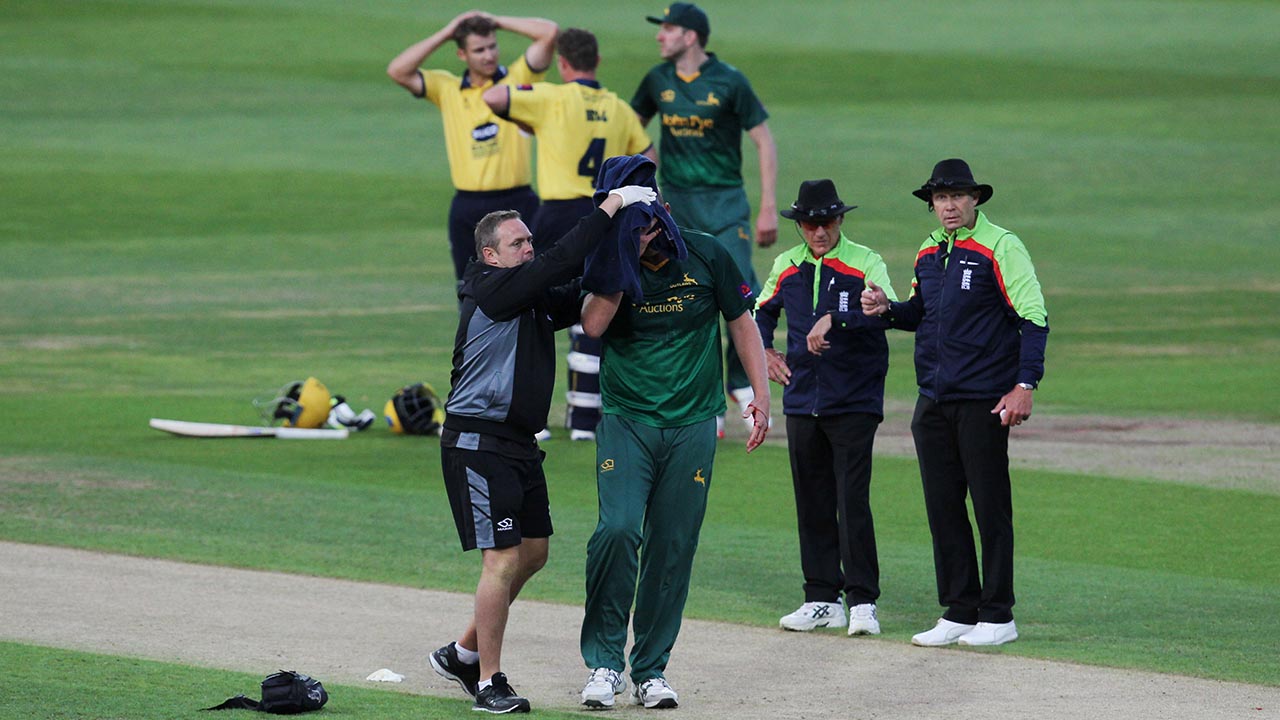 A Foot In Both Camps

In 2015, whilst recovering from injury, and in need of proving his red ball fitness ahead of an international recall, Warwickshire’s Chris Woakes was ‘loaned’ to the Nottinghamshire second eleven for one match against Worcestershire 2s.

The all-rounder had a mixed time of things at the Nottinghamshire Sports Club. He bowled just 16 overs in the match, taking 1-10 and 1-22 and got a ‘golden duck’ (dismissed by Ed Barnard) in the first innings.

Second time around, he had a change of fortune, hitting an undefeated 93 in the drawn contest.

Harry Gurney reflects on past success at Edgbaston