Born on this day in 1959, Bruce French became Nottinghamshire’s youngest first-class player when he made his debut against Cambridge University at the age of 16 in 1976.

The following year saw him become a first team regular with the gloves, as well as earning selection by England’s Under 19s.

Despite his efficient glovework – and sufficient prowess with the bat to pass 50 on 27 occasions in his professional career – French had to wait patiently for full international honours.

The retirements of Bob Taylor and Alan Knott led to selection for the 1984/85 tour of India where French played in three One-Day Internationals.

A Test debut against the Indians followed at Headingley in 1986. French took three catches in a 279-run defeat.

He went on to play 15 further Tests and a total of 13 ODIs, taking 51 catches and four stumpings in total.

Aged 28, the 1987/88 winter tour of Pakistan, Australia and New Zealand was French’s last action in an England shirt.

His stint behind the stumps for Nottinghamshire was, however, largely unbroken for a period of 20 years.

He posted memorable centuries against Derbyshire in 1991 and Durham in 1993. But, in the era of the specialist gloveman, it is for his work behind the stumps that French’s career is remembered most fondly.

His 829 dismissals for Nottinghamshire in the first-class game – and 290 in List A cricket – see him standout as a titan of Trent Bridge.

Also remembered for a couple of freakish injuries, French was once bitten by a dog during a tour of the West Indies and struck on the head as a spectator attempted to return the ball during a net session in Pakistan.

He was also the first of four wicketkeepers used by England in a single Test Match against the West Indies in 1986, spending two days in hospital while England rotated replacements (including the retired Bob Taylor), having been struck on the head by a Malcolm Marshall bouncer.

French retired as a player in 1995 and remains on the England staff as Wicketkeeping Coach to this day.

A stalwart of Welbeck Cricket Club and uncle to Jake Ball, French was capped by Nottinghamshire in 1980 and bestowed a benefit year in 1991.

In 2016, Nottinghamshire Director of Cricket has the presence of mind to invite close members of Ball’s family before surprising the fast-bowler with the presentation of his county cap.

It means that French was the first person to embrace his nephew as he walked off the field with the honour freshly bestowed. 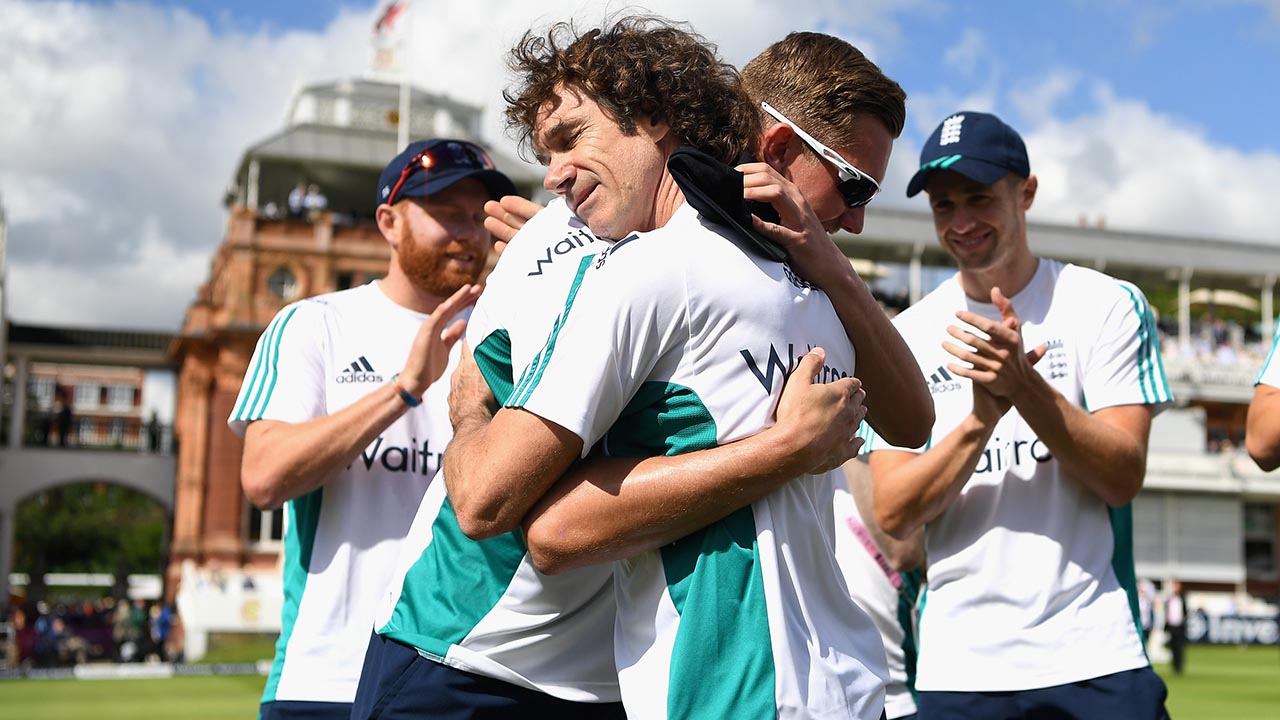 Later that year, French had the honour of presenting Ball with his maiden Test cap at Lord’s.