Notts Outlaws return to white-ball action on Friday evening when they travel to the Fischer County Ground to face Leicestershire Foxes in the Vitality Blast, with both sides currently occupying North Group qualifying positions.

Both have 11 points to date, with Notts having played 10 matches and the Foxes 11.

The sides met at Trent Bridge last month in a rain-shortened contest, which went the way of the Foxes.

Notts Outlaws and Leicestershire Foxes have been regular opponents since the domestic T20 competition began in 2003.

They have met on 32 previous occasions, although the fixture has suffered some bad luck with regards to the weather.

Leicestershire have been victorious on 14 occasions, whilst the Outlaws have won 11 times. Seven matches have fallen victim to poor conditions.

Fixtures at Grace Road have been particularly badly affected by adverse conditions. Of the 15 scheduled, five matches have failed to either start or finish.

One of the Foxes' victories at Trent Bridge, the 2006 Final, is technically classified as being ‘played on neutral ground’ as Notts hosted Finals Day that year. 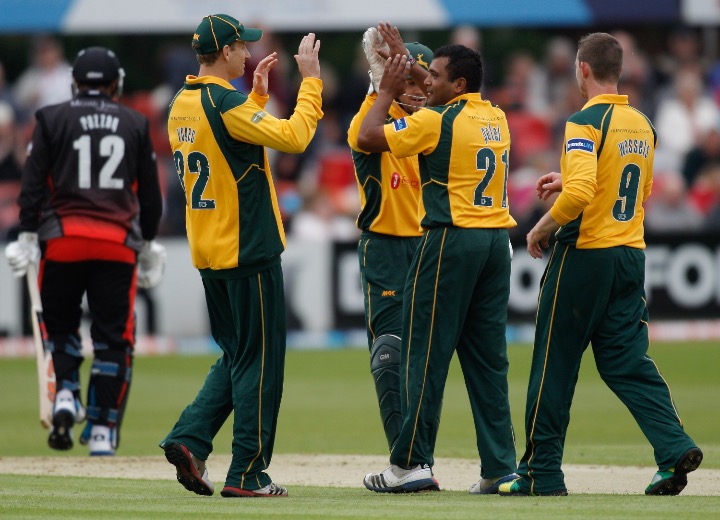 Notts Outlaws won by 11 runs last year, successfully defending a total of 199-8. Three solid contributions helped to power the Outlaws up to that imposing total.

Zak Chappell, now with Notts, took the wickets of Christian, Riki Wessels and Luke Fletcher, at a cost of 25 runs.

The Foxes made a solid response with the openers adding 51 inside the powerplay, but Neil Dexter’s top score of 43 lacked support and the Outlaws always had enough in hand.

Twenty20 Finals Day at Trent Bridge in 2006 didn’t go how the home supporters hoped. Notts Outlaws’ first participation at Finals Day saw them outclass Surrey in the semi-final to set up a showdown with Leicestershire Foxes in the final.

Batting first, the Foxes made 177 for two, with Darren Maddy making 86 not out.

The Outlaws would come agonisingly close to their target before falling four runs short.

There was a feeling that they were perhaps a little hard done by, with the final ball of the contest, bowled by Jim Allenby, appearing to be above waist height before it was whacked over the ropes for six by Will Smith.

Despite being under pressure from the crowd to award a no-ball, the umpires called time, both on the contest and on Notts’ hopes.

The popular Cornish fast bowler took 353 wickets for the county across the three formats and earned a winner’s medal for the county championship success of 2010.

Shreck took the wicket of Yuvraj Singh on his T20 debut against Yorkshire in the inaugural season of the competition in 2003.

After a brief spell with Kent he joined Leicestershire for the start of the 2014 campaign and made seven T20 appearances for the Foxes.

This run culminated in a match at Trent Bridge against Notts, where he made 10 and took the wicket of Riki Wessels. 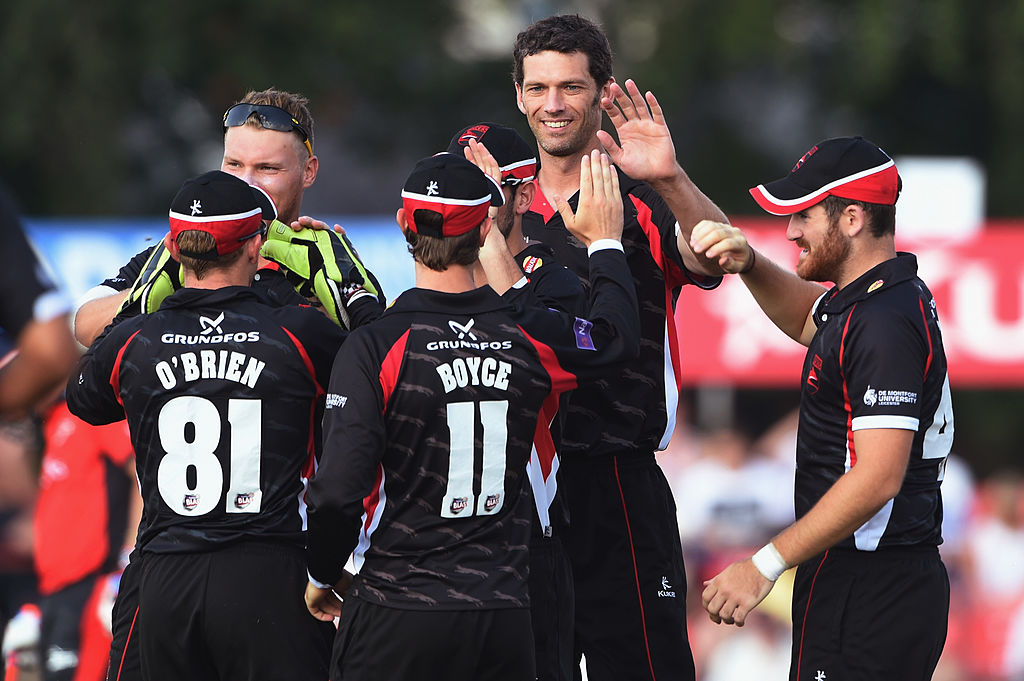 Stats (in all T20 matches between Notts & Leics)

Leicestershire Foxes have an outstanding record in the domestic T20 competition, being the only side to have won the event on three occasions.

PreviousHales and Duckett star in victory over the Foxes NextMoores: We're taking it one step at a time
TWEETS
Tweets by @TrentBridge
NEXT FIXTURE
T20 Blast
1 October 2020 at 00:00
Trent Bridge
Notts Outlaws
Leicestershire Foxes