Notts Outlaws return to action on Friday evening when they entertain Derbyshire Falcons in the Vitality Blast at Trent Bridge, with both sides currently occupying North Group qualifying positions.

The Outlaws had the better of things when the sides met at Derby last month and both sides have retained realistic hopes of advancing through to the knock-out stages this season.

Many matches have been lost to the weather so far, meaning the group is tightly-contested going into the final few qualifying fixtures.

Notts Outlaws and Derbyshire Falcons have met on 31 occasions in T20 cricket, although three of the matches weren’t completed due to adverse weather conditions.

Of those that have produced a result, Notts have celebrated 21 victories and lost seven.

At Trent Bridge Notts have been successful on nine occasions and Derbyshire have won four times, most recently in 2013.

In both 2012 and 2016 the points were shared as the weather caused abandonments.

Derbyshire’s last win over Notts was in their home fixture of 2015.

Since then Notts have won seven matches in a row.

Chasing 167, Derbyshire were on course at 93-2 before the halfway stage. Riaz fell for a career best 53 – which contained four sixes – with Ish Sodhi taking the all-important wicket. The spinner took 4-17 as the brakes were applied to the Falcons middle and lower order. 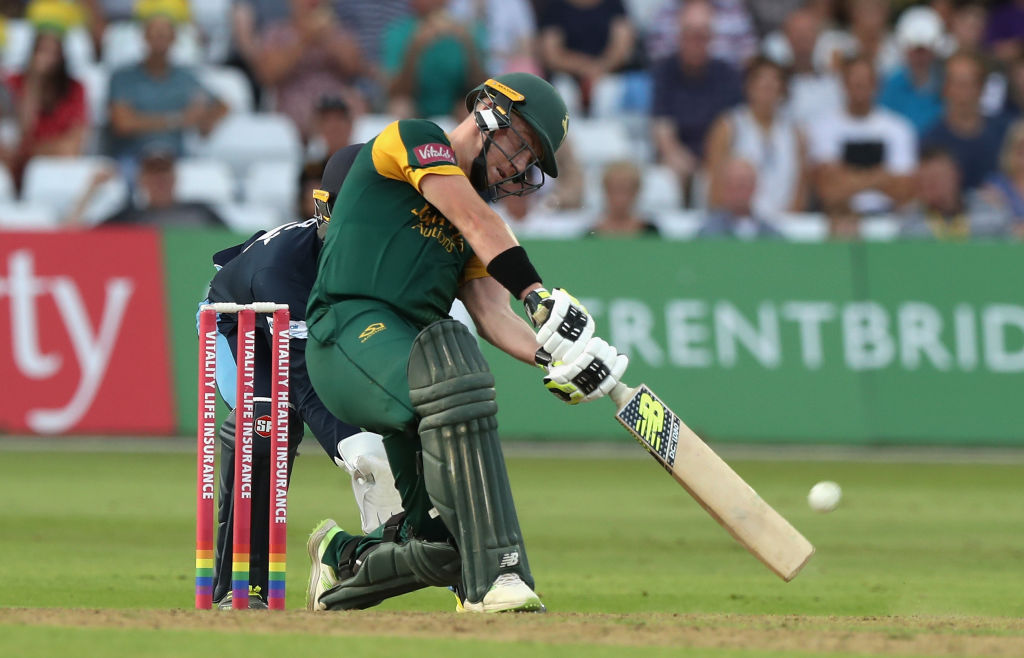 Earlier, Tom Moores had top-scored for Notts with 48, although lustre was applied to the end of the innings with Dan Christian’s unbeaten 39.

In the 2010 match at Trent Bridge Derbyshire’s Wes Durston scored 111 out of his side’s total of 192 for six. The Outlaws chased down their target with three overs to spare, to record a five-wicket victory but Durston’s innings remains the highest individual score posted against Notts in T20 cricket.

Ahead of the Trent Bridge match in 2014 the home side were given an inspiring pre-match team talk by the-then Nottingham Forest manager Stuart Pearce. The former Reds full back highlighted the importance of winning local derbies to his audience and his words produced the desired effects as the Outlaws pulled off a comfortable 27-run victory.

It took 15 years of T20 cricket before Notts eventually had their first centurion in the domestic competition. Playing against Derbyshire at Trent Bridge, opening batsman Riki Wessels reached three figures from only 50 balls.

Wessels, now with Worcestershire, was eventually dismissed for 110, made from 54 balls, with 11 fours and seven sixes.

Notts posted 227-3, their highest score in the series of matches but only won the match by 5 runs after Wayne Madsen’s unbeaten 86 had taken Derbyshire close. 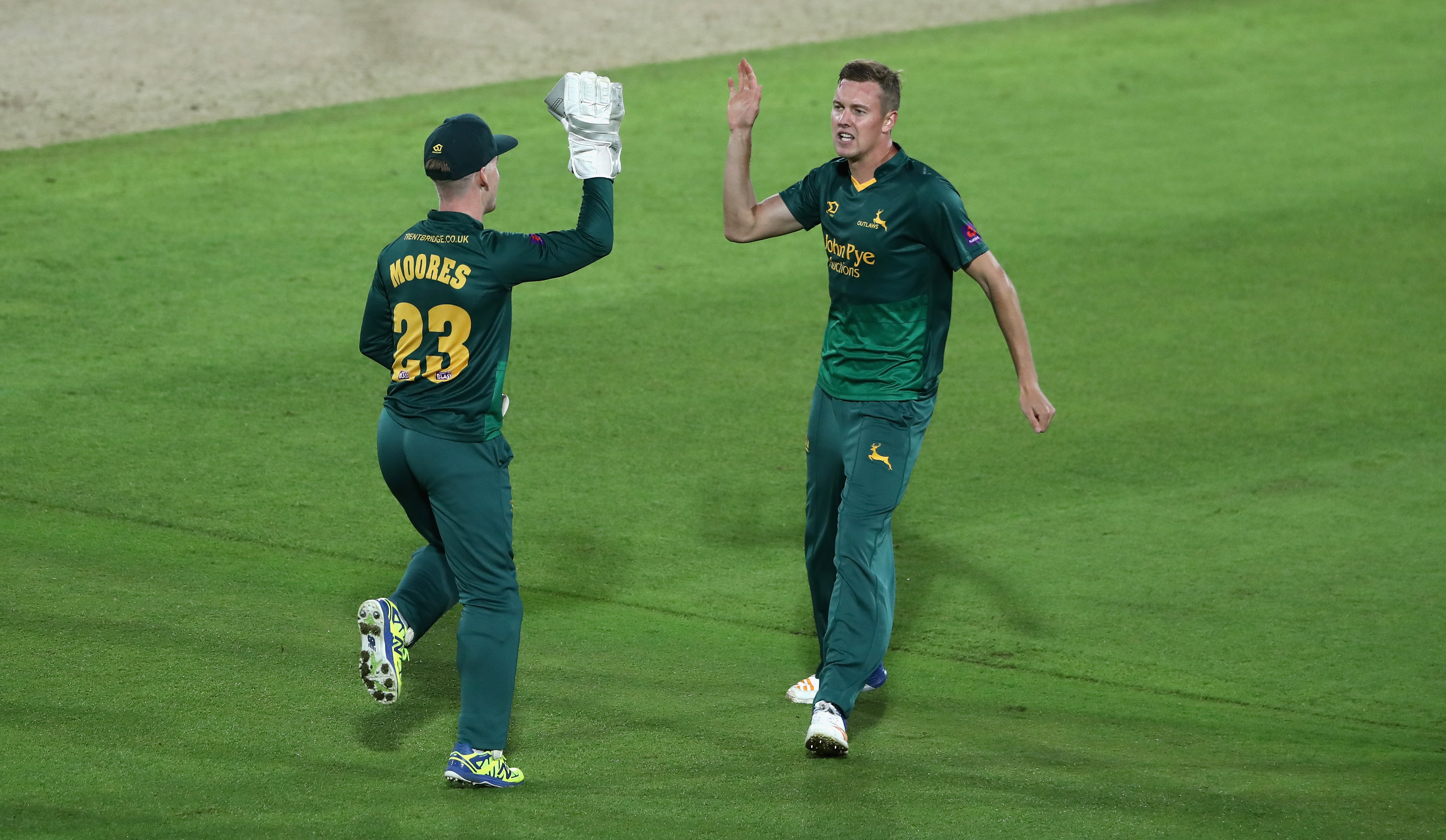 Stats (in all domestic T20 fixtures between Notts and Derbyshire)

Derbyshire are the only one of the 18 first class counties who are still to reach T20 Finals Day.