ON THIS DAY IN 2005: HOGGARD AND GILES DEFY AUSTRALIA

After dates for the return of Test Match cricket to Trent Bridge were announced last week, we take a look at an iconic red-ball encounter in Nottingham 14 years ago.

Register your interest in tickets for England v Pakistan next summer here.

In the aftermath of Ben Stokes’ Headingley heroics, it has been a week to recall the greatest contests of all time in the greatest form of the game.

The third Ashes Test of 2019 has been immediately, justifiably elevated into the pantheon of classic clashes.

The venues and dates of England’s previous finest hours trip off the tongue: Headingley 1981, Edgbaston 2005 – and Trent Bridge that same year.

Fourteen years ago today, England once again found themselves needing to call on guts, desire and no little skill to overhaul an Australian target.

It came after the hosts had made their opponents follow-on for the first time in 191 Tests, and after Gary Pratt’s infamous run-out of Ricky Ponting in the Australia second innings.

Then, as now, they had a world-class all-rounder to call upon. But, unlike Stokes on Sunday, Andrew Flintoff was not able to carry his team over the line on this occasion.

Strauss, Trescothick, Vaughan, Pietersen, Bell – all had fallen in pursuit of 128 to win the Test, and take the lead in the Ashes. 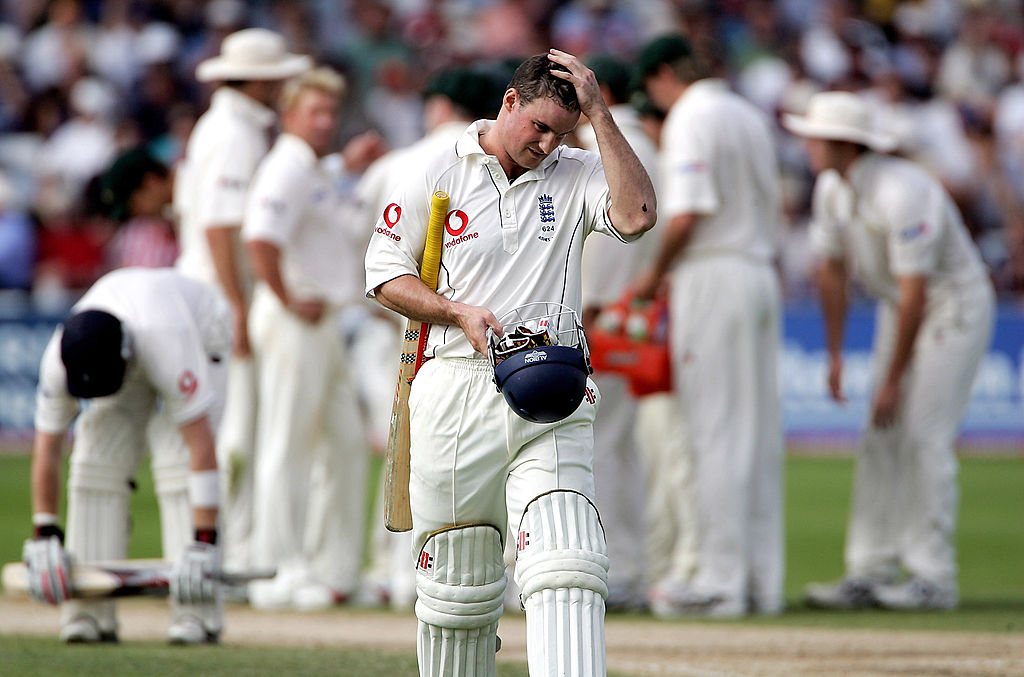 On the scorecard, it may have looked a simple task, but much was weighing on the England batsmen’s minds.

There was the weight of history: England had not won the Ashes since 1987, nor even led a series since 1997.

And there were the threats in front of them in the present day: a formidable Australian XI, a fourth-innings pitch, and the greatest spinner ever to have played the game.

If anything, the small target only seemed to antagonise the English top order further, and Shane Warne was the perfect man to take advantage.

Trescothick and Vaughan would go before the score reached 40, Strauss and Bell falling with the score on 57 – the latter being the first victim of Brett Lee’s sustained hostility.

Lee snuffed out a small resurgence from England’s most mercurial talents, Pietersen and Flintoff both sent back to the Pavilion, the target still 18 runs away.

And when Warne deceived Geraint Jones to leave England 116-7, the home side’s best chance in a generation to claim the urn seemed to be slipping away.

This was not an England side blessed with batting depth. Ashley Giles had a serviceable Test-match average, but the presence of Matthew Hoggard at number nine said more about the batting ability of Steve Harmison and Simon Jones than it did his own talents.

But they were the two men entrusted with the hopes of a nation, against an opponent smelling blood.

Hoggard would face Brett Lee first, driving through the covers from his second ball, digging out yorkers and avoiding short balls for the rest of the over. Three runs scored, ten needed.

Giles had the task of keeping out Warne, flicking through the leg-side and defending watchfully. Two runs scored, eight needed.

And so back to Hoggard vs Lee, in the paceman’s twelfth over. Finally some fatigue showed, a chink in the Australian armour, as Lee overpitched his fourth ball. Hoggard gave it the treatment it deserved, driving through cover for four. Two more runs would follow, leaving England on the brink.

It would be left to Giles to defy his opposite number in baggy green, and from the fifth ball of the 32nd over, the left-hander hit the two most valuable runs he would ever score. 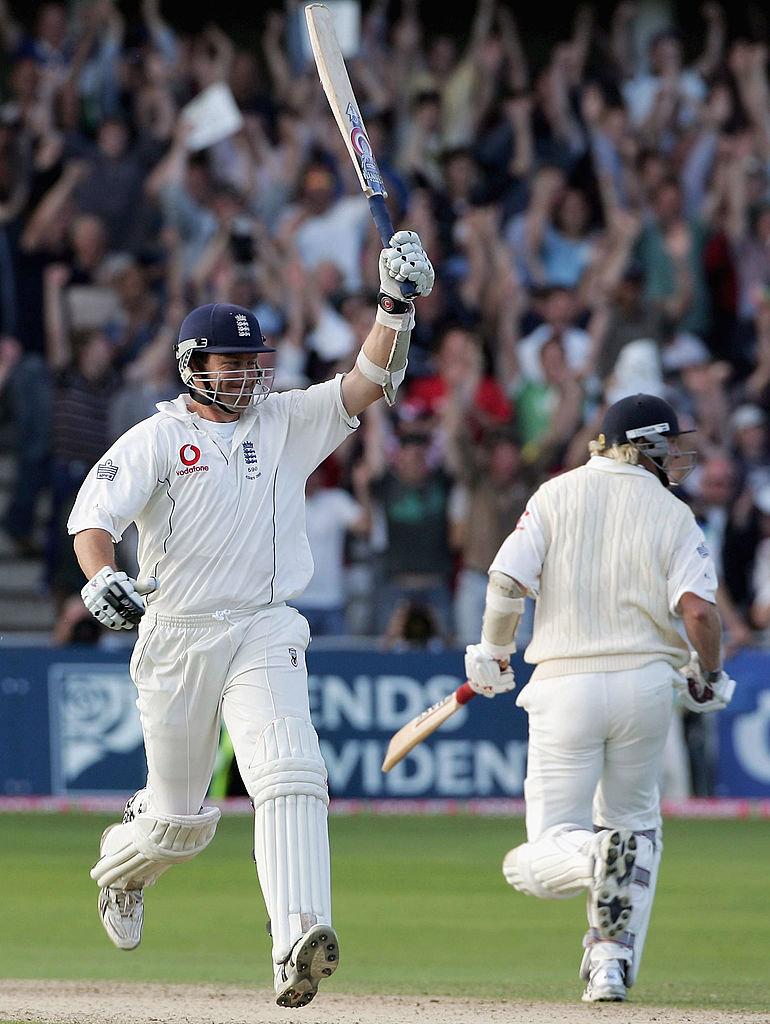 A capacity Trent Bridge rose to its feet, and the two unlikely matchwinners embraced. England had won by three wickets and led the Ashes 2-1.

Trent Bridge has gone on to stage classic Ashes contests since, with the 14-run win in 2013 and Stuart Broad-inspired blitz in 2015 standing comparison with any match between the old rivals.

Register your interest in tickets for England v Pakistan next summer here.