Trent BridgeMENU
Blast from the Past: Falcons v Outlaws
INTERNATIONAL CRICKET
IN 2022

BLAST FROM THE PAST: FALCONS V OUTLAWS

East Midlands rivalries will be reignited as the Outlaws make the short trip down the A52 to face Derbyshire Falcons.

We look back on some of the most memorable T20 encounters between the two sides.

Games against the Falcons have been very close affairs in recent years, as four times in four years the Outlaws have beaten Derbyshire by less than ten runs. 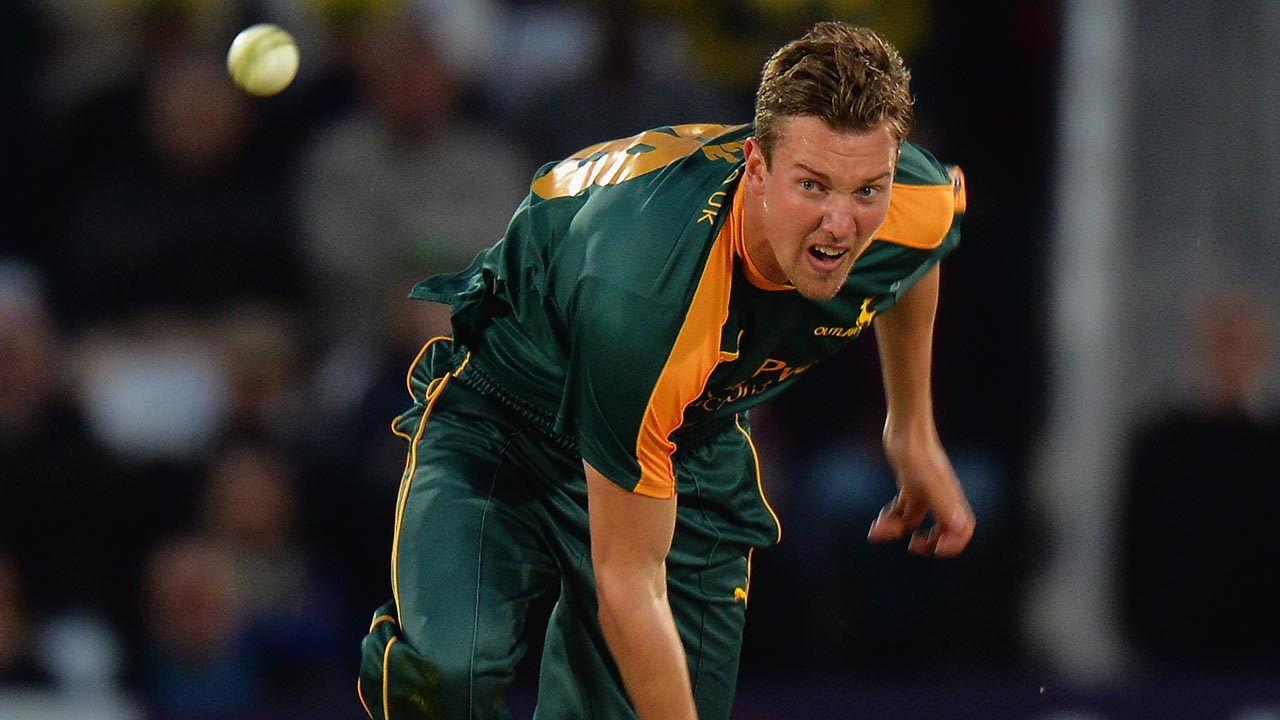 Half-centuries from Alex Hales and Samit Patel helped Notts to 172-6, a score which was just out of Derbyshire’s reach as Jake Ball took three wickets to help Notts to a five-run victory.

Riki Wessels became the first Notts centurion in T20 cricket as his 110, made from 54 balls, helped Notts post a mammoth 227-3, their highest score in T20 cricket.

Derbyshire pushed Notts all the way as Wayne Madsen’s unbeaten 86 took them close, but it wasn’t enough as the Outlaws were victorious by five runs.

Tom Moores announced his arrival to East Midlands derbies by smashing the Derbyshire attack to all parts of the Pattonair County Ground. The wicketkeeper's flamboyant half-century helped Notts to 189-4.

It was then the turn of the Welbeck Wizard to take centre stage - Jake Ball’s three wickets helping to restrict Derbyshire to 181-7.

Ish Sodhi inspired Notts to victory at Trent Bridge in 2018. The New Zealand leg-spinner took four wickets as Derbyshire could score only 157-8 from their 20 overs, this after Moores had scored 48 to help Notts to 166-5.

One of Graeme Swann’s finest displays with the bat came against the Falcons in 2009.

Promoted to a pinch-hitting role at number three, Swann’s unbeaten 90 secured an eight-wicket victory in a bad-tempered encounter at Derby.

In partnership with Adam Voges, who scored 45 not out, they put on 112 runs for the third wicket to help the Outlaws to chase 159. 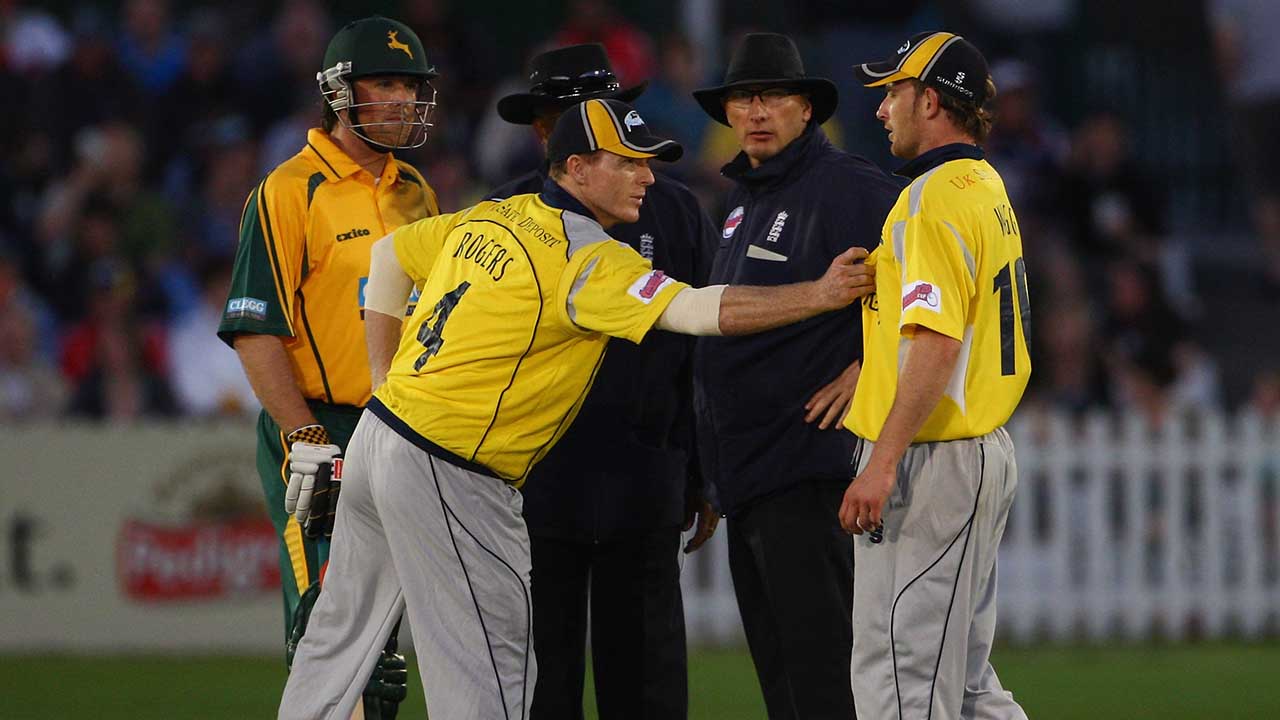 The most memorable game in recent years against the Falcons was the 5-run victory in 2017, a game in which 449 runs were scored over two innings.

Riki Wessels stole the show for the Outlaws with a brutal, 54-ball 110.

Unbeaten cameos from Brendan Taylor and Dan Christian gave the Notts score a final lift as the Outlaws scored their highest ever T20 score of 227-3.

In reply, the Falcons pushed the Outlaws all the way in reaching 222-5, an innings anchored by Wayne Madsen’s unbeaten 86. Ultimately, they fell 5 runs short.

The thrilling fixture was watched by a record attendance of 14,123 at Trent Bridge. 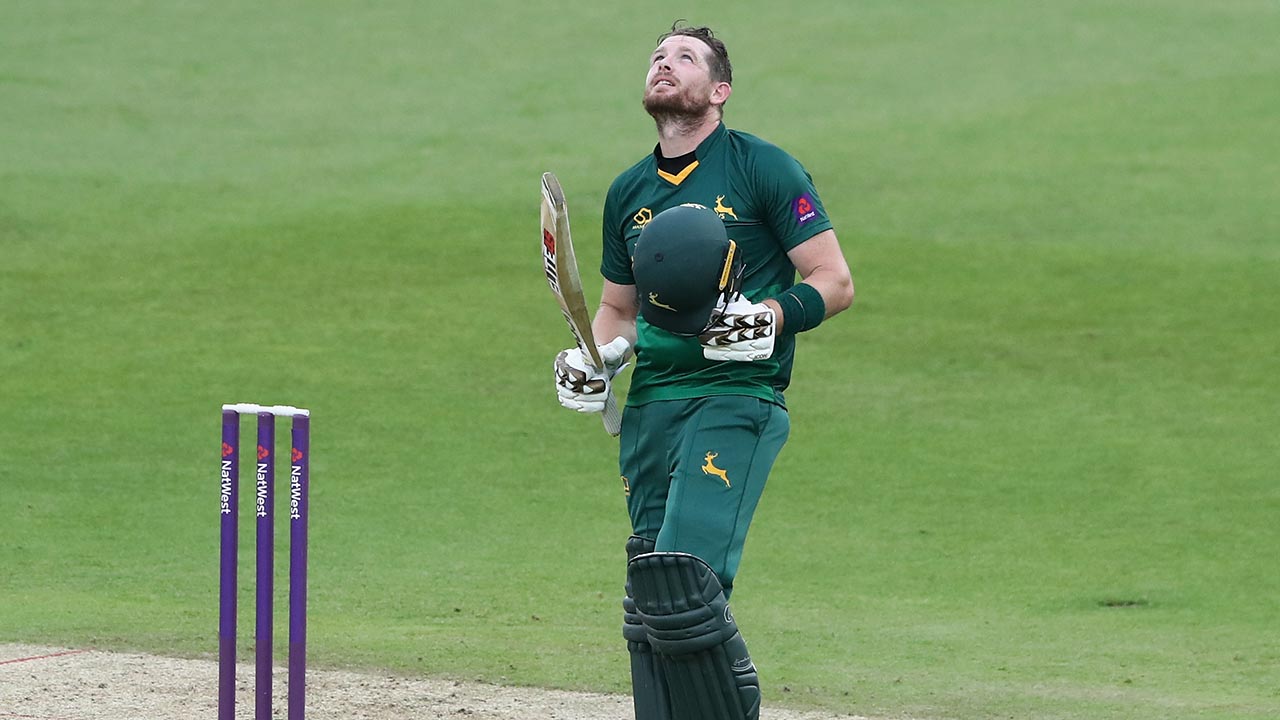 In the away fixture in 2006, Graeme Swann and Samit Patel helped themselves to three wickets each to bowl the Falcons out for 128.

Two current members of the Outlaws coaching team were among Patel’s victims that night, with neither James Pipe (Club Physio) or Ant Botha (Assistant Coach) able to survive a spell from Nottinghamshire’s natural born thriller.

Swann ripped the heart out of Derbyshire’s middle-order with the wickets of Stephen Stubbings, Chris Taylor and Marcus North.

In reply, 40’s from Swann and Stephen Fleming helped Notts to a seven-wicket victory.

Following a record midweek crowd of 13,691 against Northamptonshire Steelbacks, there are five further opportunities to catch the Outlaws in T20 action at Trent Bridge this summer.