CRICKET, CHOIRS AND CAMARADERIE: HOW FORGET ME NOTTS IS HELPING THOSE WITH DEMENTIA

For the past two years, the Trent Bridge Community Trust’s Forget Me Notts initiative has provided invaluable support to people with dementia and their carers.

As the programme expands by hosting its first golf session at Edwalton Golf Club, and as attendees reflect on their time at part of Vicky McClure’s Dementia Choir, trentbridge.co.uk heard more about how the programme has helped.

“For Jan to be able to get out and mix with other people is great.”

Chris Wilkinson has been caring for his wife, Jan, for several years.

After Jan was diagnosed with Dementia, they moved from Cambridge to Nottingham to be nearer to their family, and got involved with Forget Me Notts at its inception.

Speaking as Forget Me Notts held its first ever golf day at Edwalton Golf Club, Chris said they had both benefitted from attending.

“Your social life suffers quite a lot if you have dementia, so it’s great for her to have the opportunity to talk to somebody other than me!” said Chris.

“It’s helped me as a carer too. You can feel isolated, but this brings you together with others in the same boat so you can share ideas.

“My wife’s in a home now, but I’ve made some good friends here, so I’m still going to be coming along.”

Sue Gregory, who attends as carer for her husband John, concurs about its importance.

“It’s nice for John have something to look forward to in his diary, and be able to see that he’s going to be doing something,” she said.

“In combining with a sports club, Forget Me Notts is such an unusual initiative, and it’s just fabulous fun.”

John and Jan were amongst several Forget Me Notts attendees who were given the opportunity to take part in the Dementia Choir project led by Vicky McClure and broadcast on BBC One.

The two-part programme documented the months of work the choir put in to deliver the performance at Nottingham’s Royal Concert Hall.

And even though some of the choir are now unable to remember the performance itself, the benefits have been long-lasting.

“It was a high-intensity time, and you went through every conceivable emotion during the three months of rehearsals,” said Sue.

“You ended up baring your soul, but the good that has come out of it has been fantastic, and the friendships that have come out of it are like no other.”

The subject of friendships is one which appears often when talking about Forget Me Notts, with the monthly sessions allowing attendees to form close bonds. 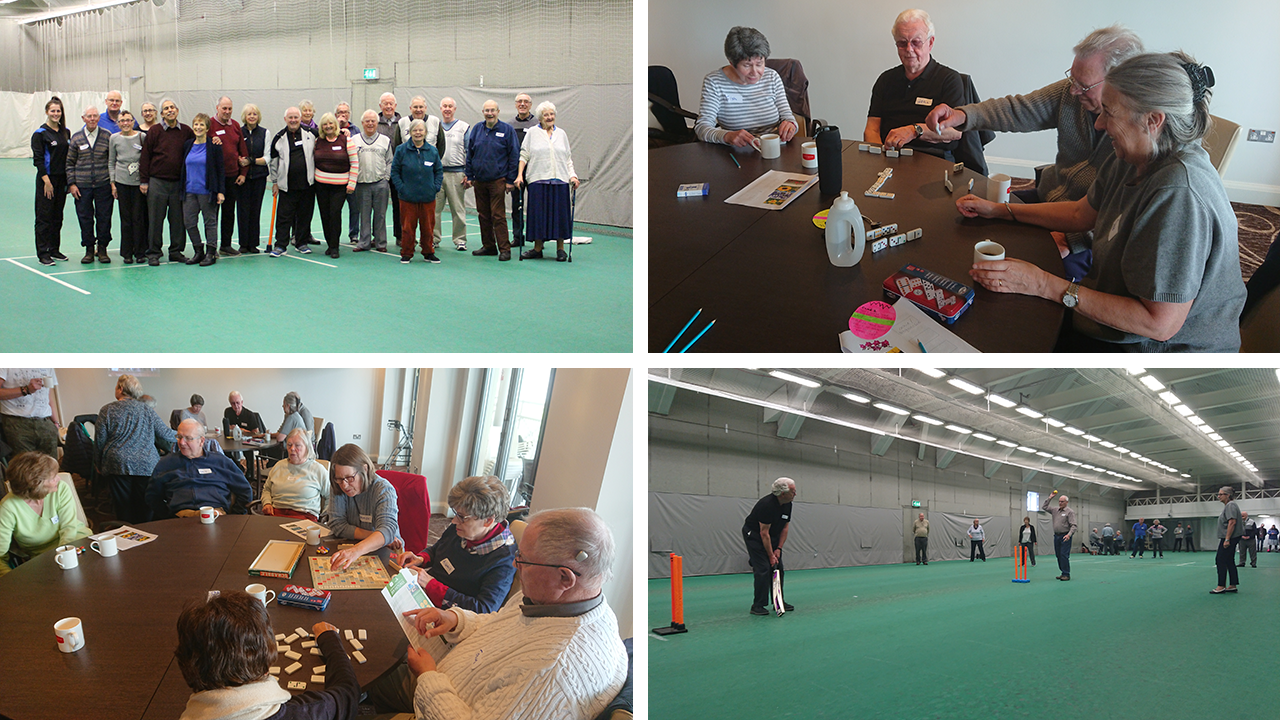 “The camaraderie is brilliant,” confirmed Sue.

“It’s one of may favourite sessions to come to – it’s such a lovely atmosphere and the surroundings are beautiful.”

“What makes it special for me is that you feel very safe at the group,” said Trish Hewitt, who cares for her husband Bob. “We’re looked after so well, and we all care for each other.”

“You notice the friendliness everywhere around the ground,” added Chris. “We noticed the atmosphere the very first time we went to Trent Bridge – everyone is so kind and helpful.”

The positive mood prevailed at Edwalton, where 20 attendees took the chance to try golf-based activities.

“The professionals, catering staff and the members at Edwalton did Forget Me Notts proud, and all of those who I spoke to were very positive about the day.”

“We're very pleased with how the first session at Edwalton has gone, and we'll be working with the Golf Club to hold more sessions at the centre," said Mark Clifford, Community Projects Manager for the Trent Bridge Community Trust.

"We're also looking to work closely with other sports clubs in the area to build on this success by offering a wider range of sporting activities to our attendees."

Find out more about the work of the Trent Bridge Community Trust here.