OUTLAWS AT THE 2019 CRICKET WORLD CUP

No fewer than seven former Outlaws are bidding for Cricket World Cup glory in this year's tournament. And all of the seven have made an indelible mark on the world game since their stints in green and gold concluded. 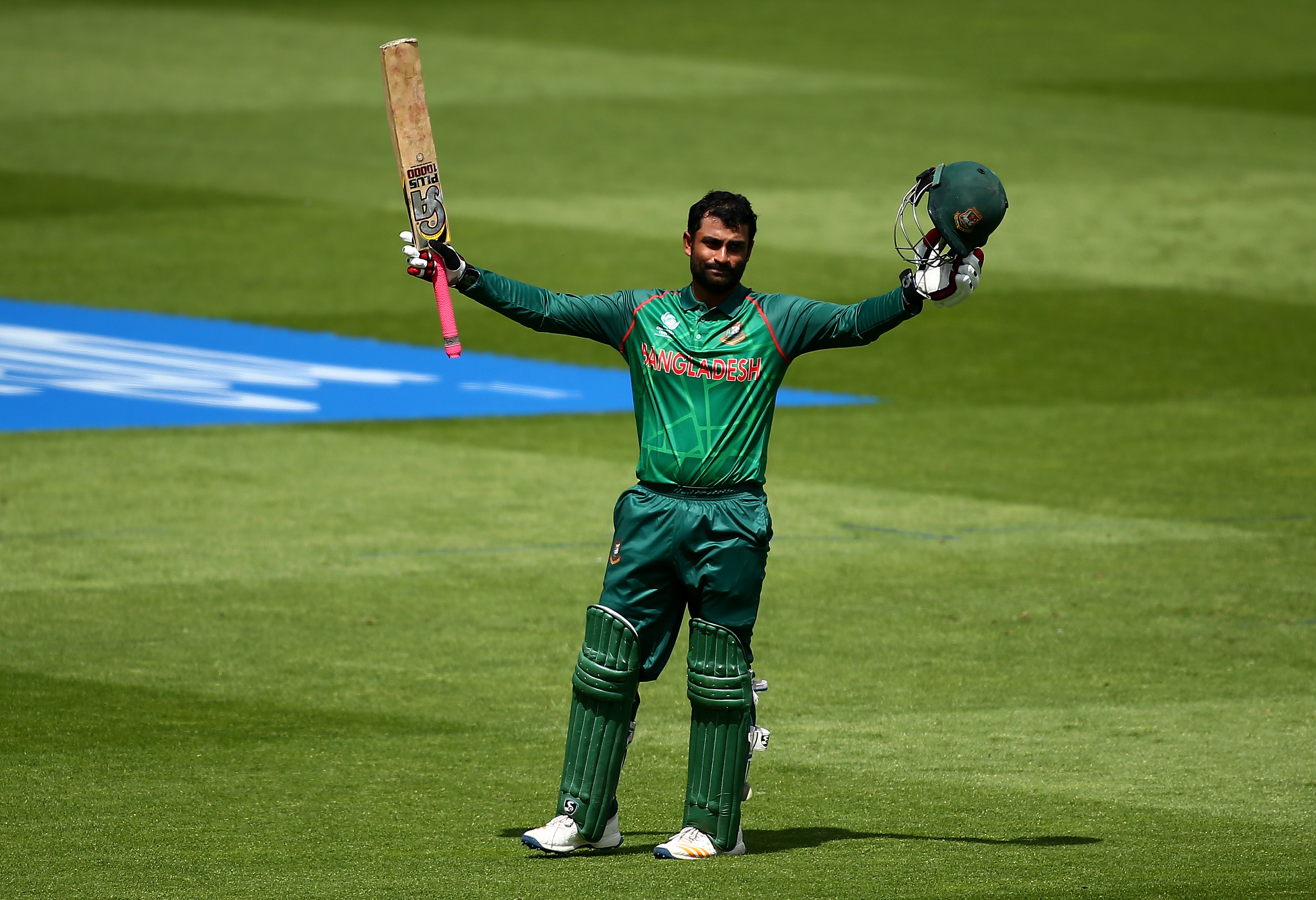 The left-hander, who is yet to show his class in this year's tournament, was a short-term replacement for David Hussey in the 2011 season.

Tamim featured in five T20 group-stage games as the Outlaws topped the group before bowing out to Somerset in the quarter-finals.

His top score for Notts was 47, coming in a victorious chase against Yorkshire at Headingley.

The opener’s stint at Trent Bridge came in the year he was named one of Wisden’s cricketers of the year, alongside then-Nottinghamshire skipper Chris Read and current England ODI captain Eoin Morgan.

A mainstay of the Bangladesh top-order for over a decade, the 30-year-old is his country’s leading run-scorer in Test, ODI and T20I cricket, and has been in fine recent form on the international stage.

Half-centuries against Ireland and West Indies steered his side to victory in ODIs in Dublin and Malahide, and ensured Englishman Steve Rhodes (whose father played for Nottinghamshire in the 1960s) would be able to call on an accomplished opener in fine form for the 2019 tournament. 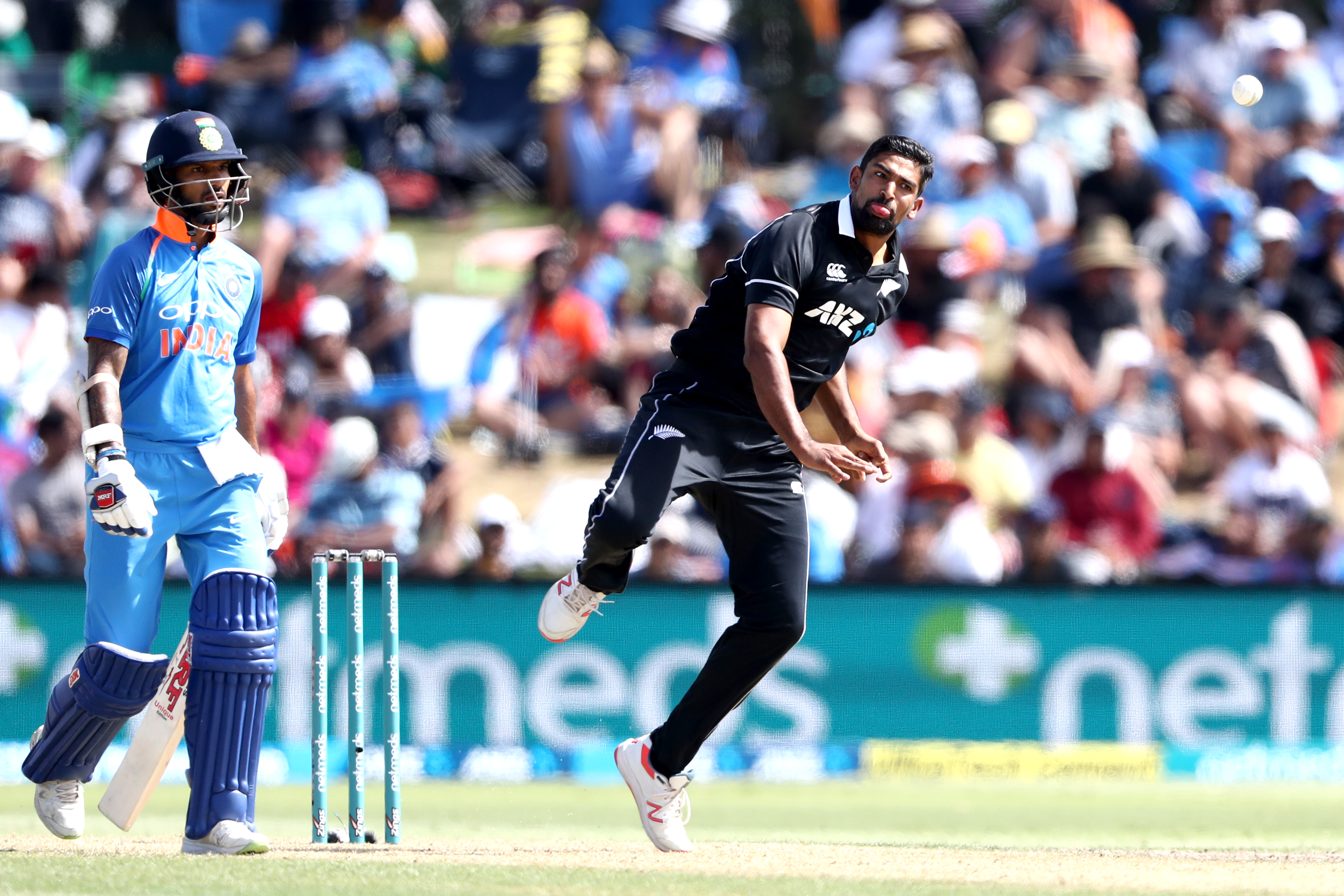 Sodhi’s Notts career will always be inextricably linked with the Outlaws’ run to the T20 Blast title in 2017.

The spinner was ever-present as Notts claimed the second half of a famous white-ball double, and his consistent performances for his country resulted in him reaching top spot in the ICC T20 rankings in 2018.

Sodhi has also become a regular fixture in T20 franchise cricket, attracting glowing reviews in his debut IPL season for Rajasthan Royals by maintaining an economy rate of below six an over through the entire competition.

The 26-year-old recorded two five-wicket hauls for Northern Districts as he warmed up for the World Cup with a spell in New Zealand’s first-class competition, but he went wicketless in his side’s warm-up victory over India at The Oval. 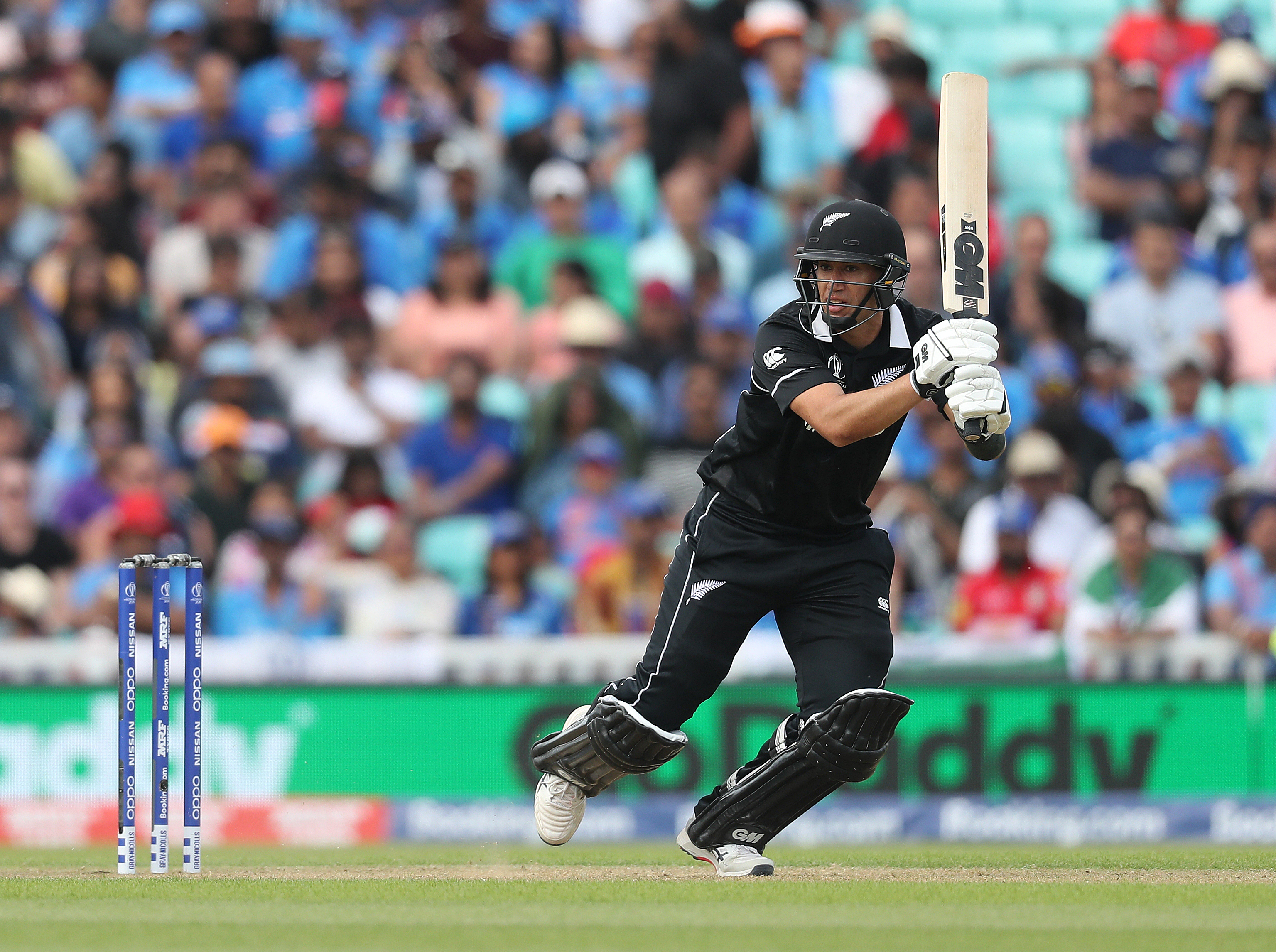 Taylor added vital ballast to the Nottinghamshire top-order during his stint with the county at the start of the 2018 season, his consistent scoring helping Notts to four early-season wins.

The Kiwi’s finest moment in a Notts shirt came when he notched 146 in a winning cause against Essex in Chelmsford – his only century for the county.

The 35-year-old is his country’s record run-scorer in One Day International cricket, with his twenty centuries also a national record.

Taylor served as captain of his country between 2010 and 2012, but has hit the majority of his international centuries since losing the role.

He hit 200 in his most recent Test innings, against Bangladesh in Wellington, and top-scored with 71 in a World Cup warm-up against India at The Oval. 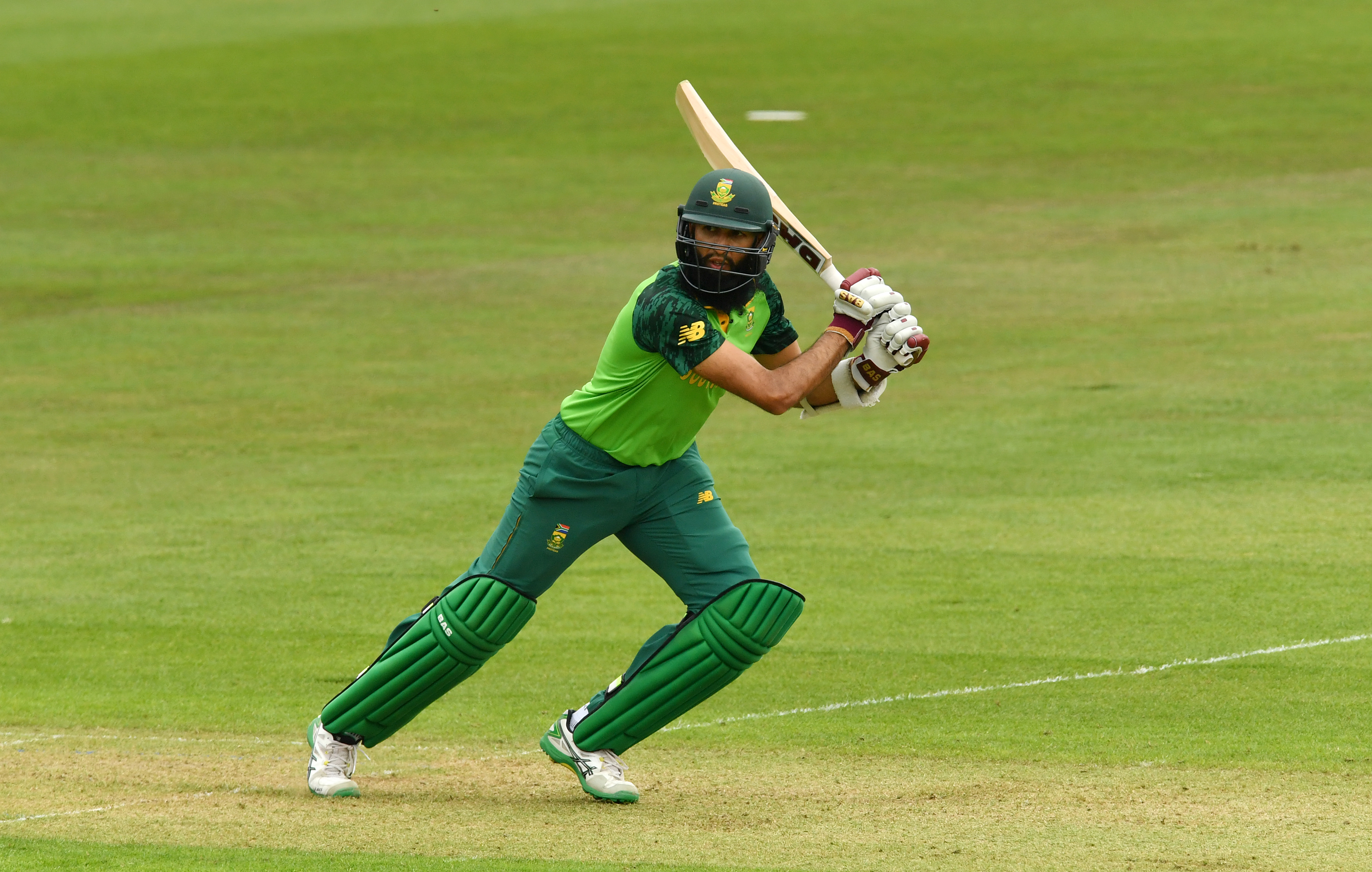 Amla’s injury-interrupted 13 in the tournament opener against England was no reflection on the pedigree of the right-hander, who wasted no time in writing his name into Nottinghamshire folklore during his stint at Trent Bridge.

The South African made a century on his first-class debut for the county, and only failed to reach fifty in two of the nine County Championship innings he played.

This consistency was key in giving Chris Read’s side the perfect start a season in which they claimed the title.

Amla is perhaps best known for his serenity at the crease in red ball cricket, exemplified by his unruffled hundred for South Africa against England at Trent Bridge in 2017.

The evergreen 36-year-old has warmed up for this summer's tournament by scoring two half centuries in three days for his country in fixtures against West Indies and Sri Lanka. 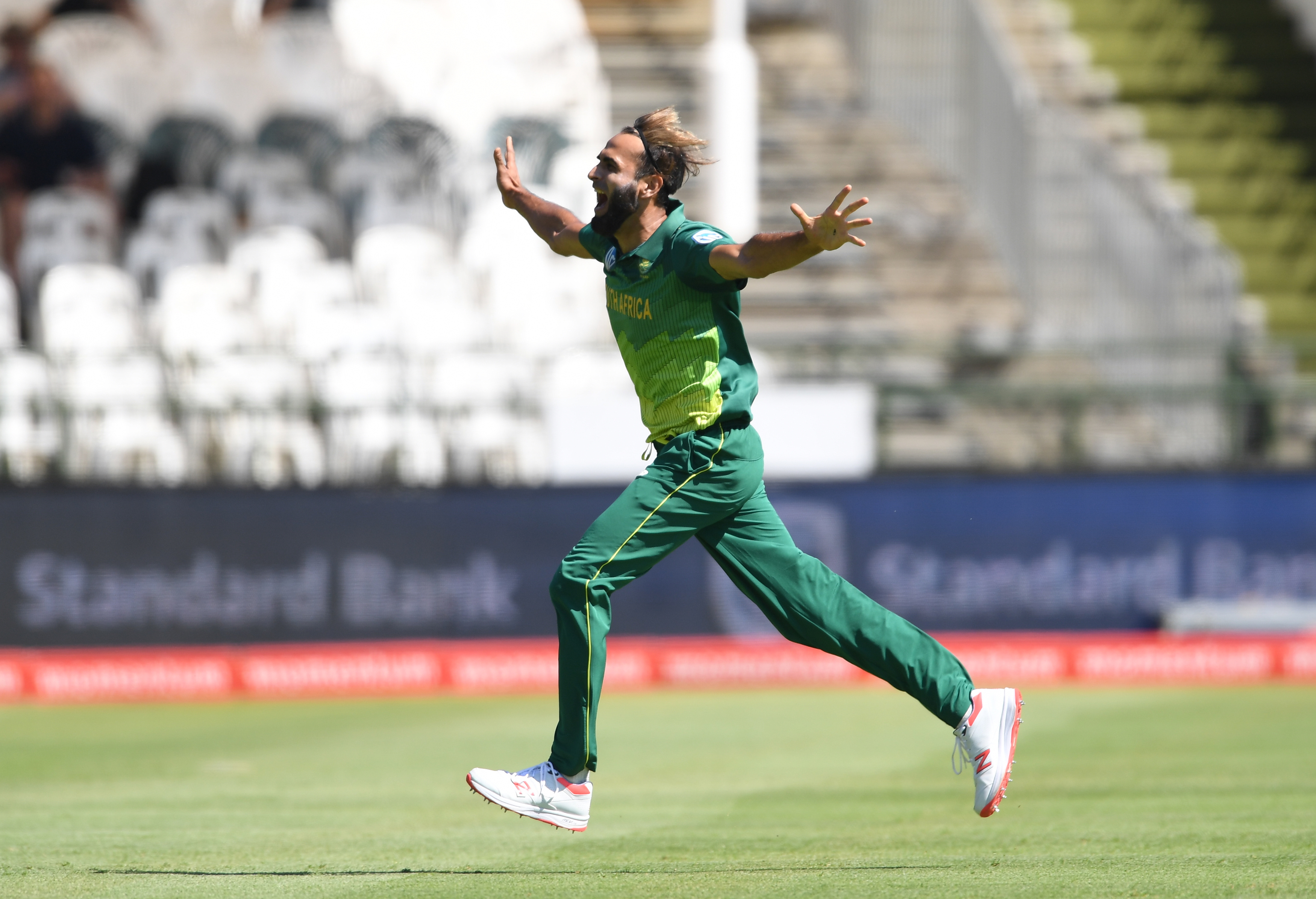 The exuberant leg-spinner’s passionate approach to the game was in evidence after just two balls of the World Cup, as he set off on a lap of The Oval after dismissing Jonny Bairstow.

Tahir's approach to the game was infectious during his time at Trent Bridge, particularly in T20 cricket.

And the 40-year-old has burnished his reputation around the globe since leaving Nottinghamshire.

Tahir was a key part of Chennai Super Kings’ recent run to the IPL final, and was ranked as the top bowler in ODI and T20I cricket as recently as 2017.

The twirler began his professional career in 1996 in Pakistan, and has featured in almost 100 ODIs since qualifying for South Africa and making his debut in 2011.

Having ascended to the top of the ICC rankings and taken an ODI hat-trick, Tahir has achieved almost all there is to achieve in the limited-overs game – but with this being his final 50-over tournament before ODI retirement, this will be his last opportunity to claim a global title with his adopted nation. 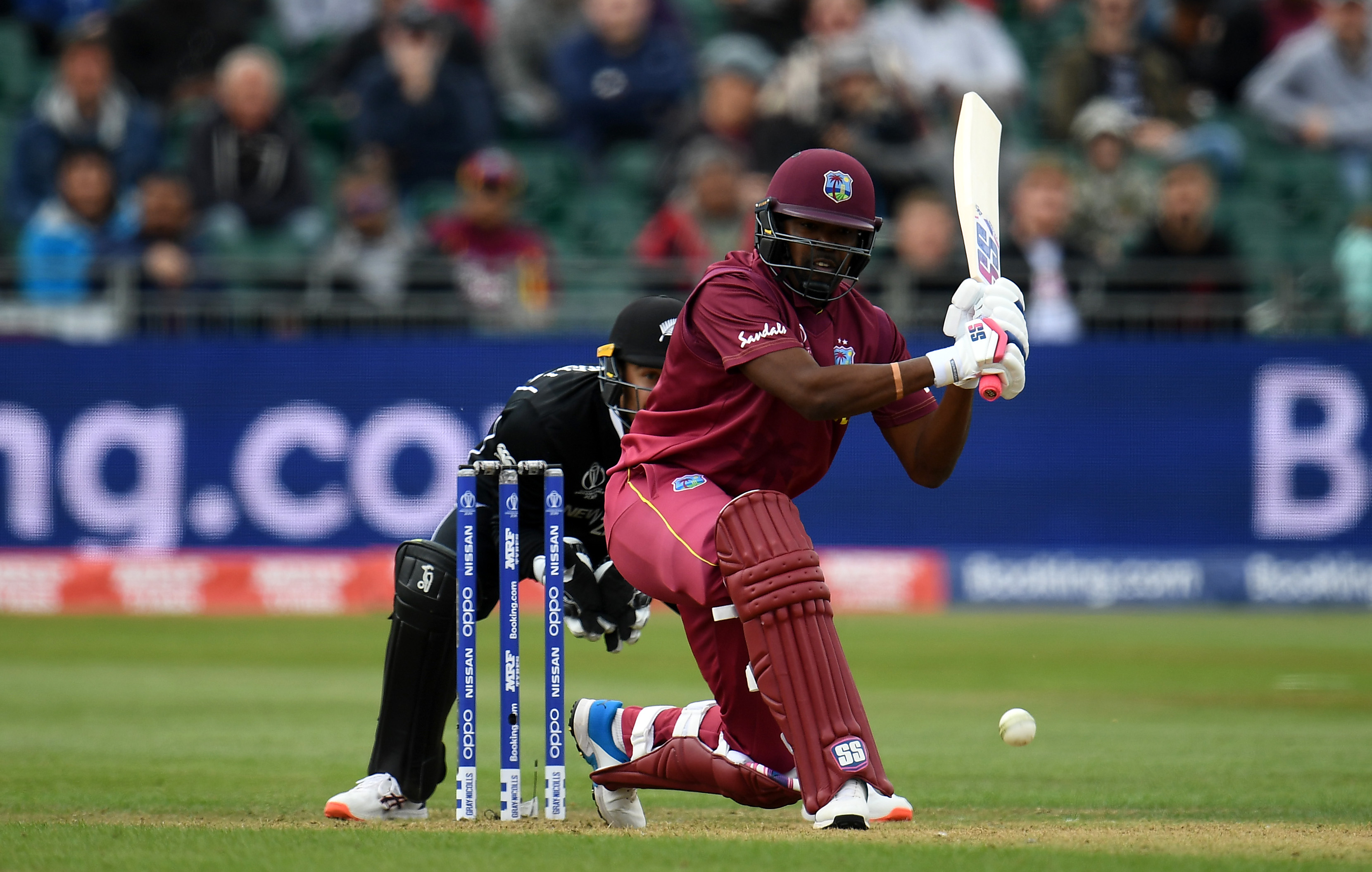 Bravo, who recorded a duck in his return to Trent Bridge against Pakistan in his tournament opener, was a late-season addition to the Nottinghamshire ranks in 2011.

The left-hander was early in his first-class career when he turned out for the green and golds, but more than held his own alongside a youthful Alex Hales in the Notts top three.

As the brother of West Indian international Dwayne Bravo, and the cousin of Brian Lara, Bravo’s arrival on the world stage would always have been subject to hype, but the 30-year-old has managed to consolidate his position in the Windies’ line-up.

The Trinidadian shared in a world-record ODI partnership of 258 for the third wicket alongside Dinesh Ramdin against Bangladesh in 2014, and has scored more ODI runs than any other active West Indies batsman aside from Chris Gayle.

Bravo’s strike-rate of 70.04 in ODIs may seem a product of a bygone age, but it may provide his side with some solidity to accompany the flamboyance of the likes of Gayle. 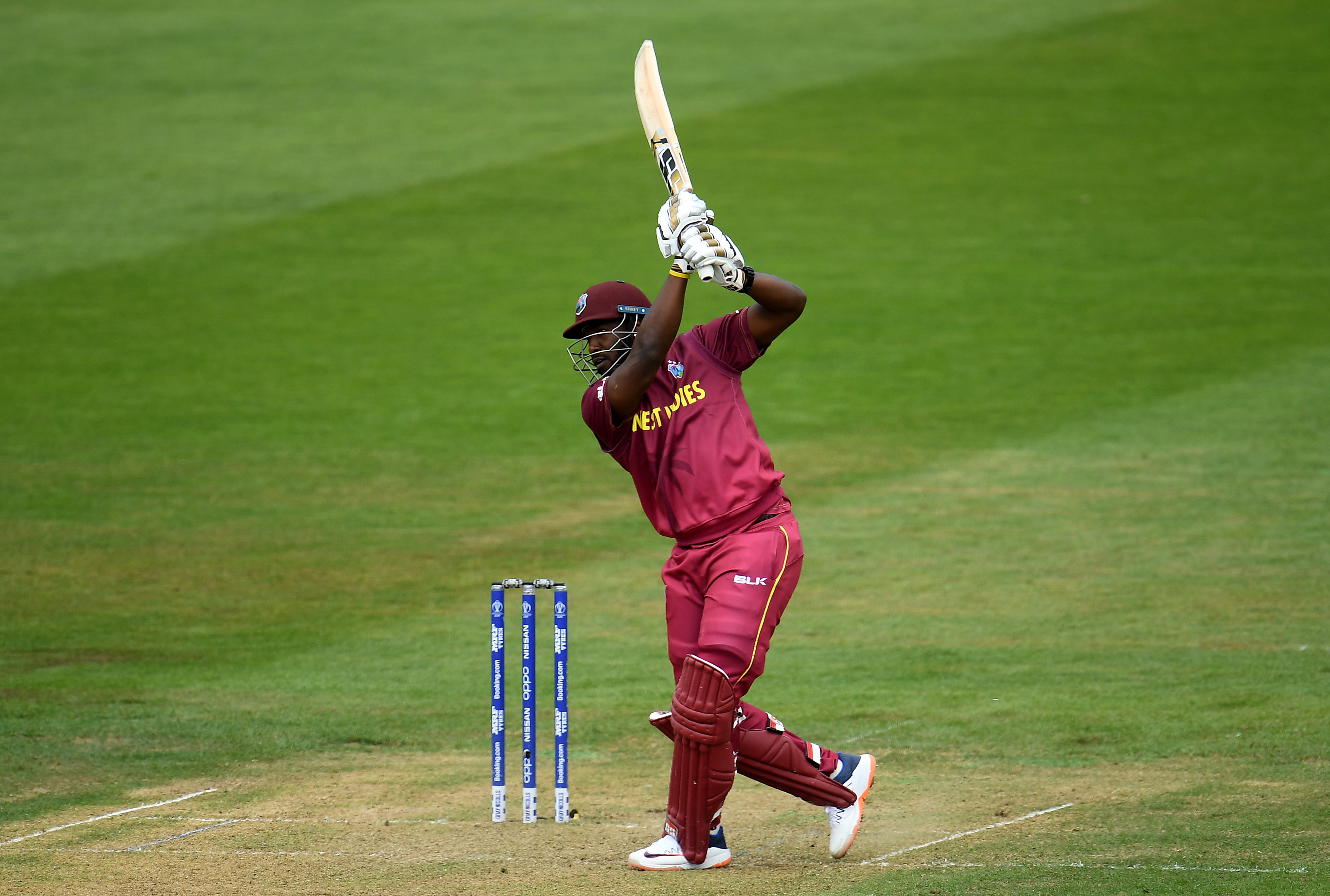 ‘Dre Rus’ has acquired a reputation for fearsome hitting and fast bowling, but the English weather proved to be more than a match for the Jamaican during his time at Trent Bridge.

Two washouts left Outlaws fans waiting patiently for his T20 debut, and indeed prevented him from turning out in green and gold on home soil.

And wherever he has gone, the powerful 31-year-old has made headlines.

In 2016, he took more wickets than anybody else in the Pakistan Super League.

In 2018, he took a hat-trick and bludgeoned a 40-ball century in the same Caribbean Premier League game.

In 2019, he was named Player of the Season in the IPL after scoring 510 runs and taking 11 wickets for Kolkata Knight Riders.

And his astonishing three-over spell against Pakistan at Trent Bridge on Friday 31st May - taking two wickets for just four runs - confirmed that West Indies have another fast-bowling ace up their sleeves in this year's competition.

PreviousWarks v Notts: Day One Highlights NextMorgan Reflects On A Frustrating Day In The Field For England
TWEETS
Tweets by @TrentBridge
NEXT FIXTURE
Friendly
31 March 2020 at 11:00
Trent Bridge
Nottinghamshire
Northamptonshire