For their next game in the Specsavers County Championship, Nottinghamshire make the short journey to Edgbaston to play Warwickshire.

These two counties are very well-acquainted but this week’s match has added importance, given their current positions in the Division One table; Warwickshire are seventh, with Notts one place behind them.

Notts will take heart from their convincing win over the Bears at Edgbaston in the Royal London One-Day Cup in April. Ben Slater’s century set the Outlaws up for victory by 118 runs.

There have been a total of 135 first class matches between Notts and Warwickshire, with the Trent Bridge side bossing the head-to-head count.

Notts have won 41 meetings and lost 34, with 59 draws and one abandonment.

However, Nottinghamshire have only won 12 of their 66 away matches against Warwickshire, with the last of them coming in 2010.

Their only other win this century was in 2005.

Victories in 1929 (Butts Ground) and 1950 (Courtaulds Ground) were in Coventry; the other 10 successes have all come at the county headquarters at Edgbaston.

Warwickshire have won 22 of the contests, with 31 draws and a complete wash-out in 1924. 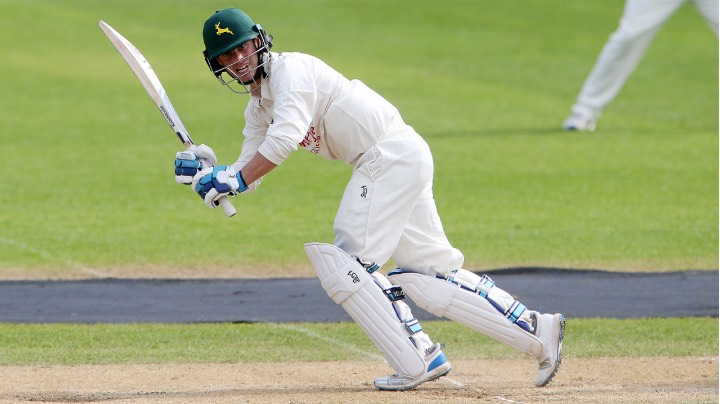 It is three years since Nottinghamshire last visited Edgbaston for a Specsavers County Championship match.

The ground has been a friend to Notts since then, with wins in the Royal London One-Day Cup, T20 Blast and on Finals Day but the Green and Golds are long overdue to win a first-class match in B5.

Their opportunity of ending a barren streak was ruined by the rain three years ago, although the complete loss of the final day seemed to favour the home side, who had forged an advantage by that stage.

Notts had been bundled out for just 152 in their first innings but delays had extended the innings until well into the second day.

Jake Libby’s 59 was the only knock of note, with Warwickshire’s hero being wicketkeeper Tim Ambrose, who picked up six victims.

Behind by 159, Notts had reached 81-2 by stumps on day three, with no further play possible.

Of the sides that took to the field 36 months ago, only Ambrose, Sam Hain and Jeetan Patel are likely to be involved this week for Warwickshire.

Nottinghamshire have Ball and Libby, plus Matt Carter, Steven Mullaney, Samit Patel and Luke Fletcher still on their staff.

1931 | Aged 52, Notts batsman George Gunn scored 183 and his son, 26-year-old George Vernon Gunn, made 100 not out, his maiden century for the county. It is the only instance of father and son scoring hundreds in the same innings.

1946 | One of the most curious results of all-time came in 1946 when Nottinghamshire put together a seven-wicket victory, despite being bowled out for just 135 in their first innings. What makes it all the more remarkable is that all ten of those wickets fell to Eric Hollies, who ended with 10-46 and still finished on the losing side.

2000 | In 2000, Nottinghamshire’s openers broke the county first-wicket record at Edgbaston by putting on an undefeated 406. Guy Welton made 200 not out, with Darren Bicknell unbeaten on 180. 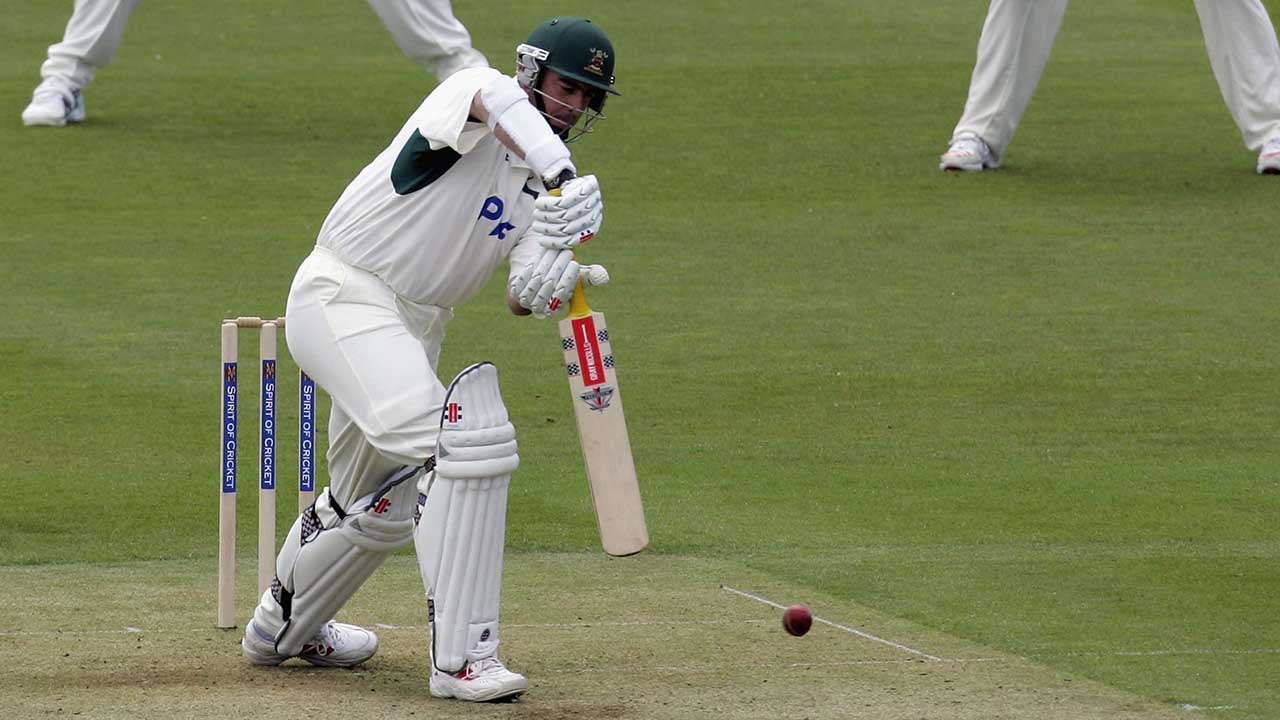 2001 | In 2001 Warwickshire won by 139 runs. As Notts subsided to a second innings collapse they were helped on their way by a spell of 3-1-3-3 by Mark Wagh – later to move to Notts – whose victims included Kevin Pietersen.

2003 | Pietersen had a better time of it two years later and made 221 not out - one run more than Chris Lewis scored in the 1994 fixture on the same ground. KP’s double was complemented by a Chris Cairns century as Notts powered on to 646, their highest total in Birmingham, although in 1928 they hit 656 for 3 declared in an away match against Warwickshire, played at the Butts Ground in Coventry.

2010 | Stuart Broad’s second innings figures of 8-52 propelled his side to a 10-wicket victory and completed a home and away ‘double’ during Nottinghamshire’s championship-winning year.

2011 | Alex Hales carried his bat in scoring 106 not out as Nottinghamshire were bowled out for 222 in their second innings. The right-hander wasn’t the first to carry his bat for Notts at Edgbaston. That honour fell to his current Director of Cricket - although Mick Newell was left stranded on just 10 in the 1988 fixture as Notts were dismissed for only 44 in their second innings to lose by 161 runs.

2015 | In a rain-affected end of season drawn match at Edgbaston, James Taylor scored 164 for Notts. It turned out to be his final county championship innings before illness forced his early retirement.

Dilip Doshi made his Nottinghamshire debut against the touring West Indians in 1973. The bespectacled slow left-arm spinner made an early impression, claiming the wickets of Lawrence Rowe, Clive Lloyd and Bernard Julien during his first bowl.

In 33 Test matches Doshi also bagged 114 wickets at an average of just above 30.

Amongst the other players to have turned out for both Notts and Warwickshire are Deryck Murray, Eddie Hemmings, Vasbert Drakes, Anurag Singh, Daniel Vettori, Mark Wagh and Imran Tahir. 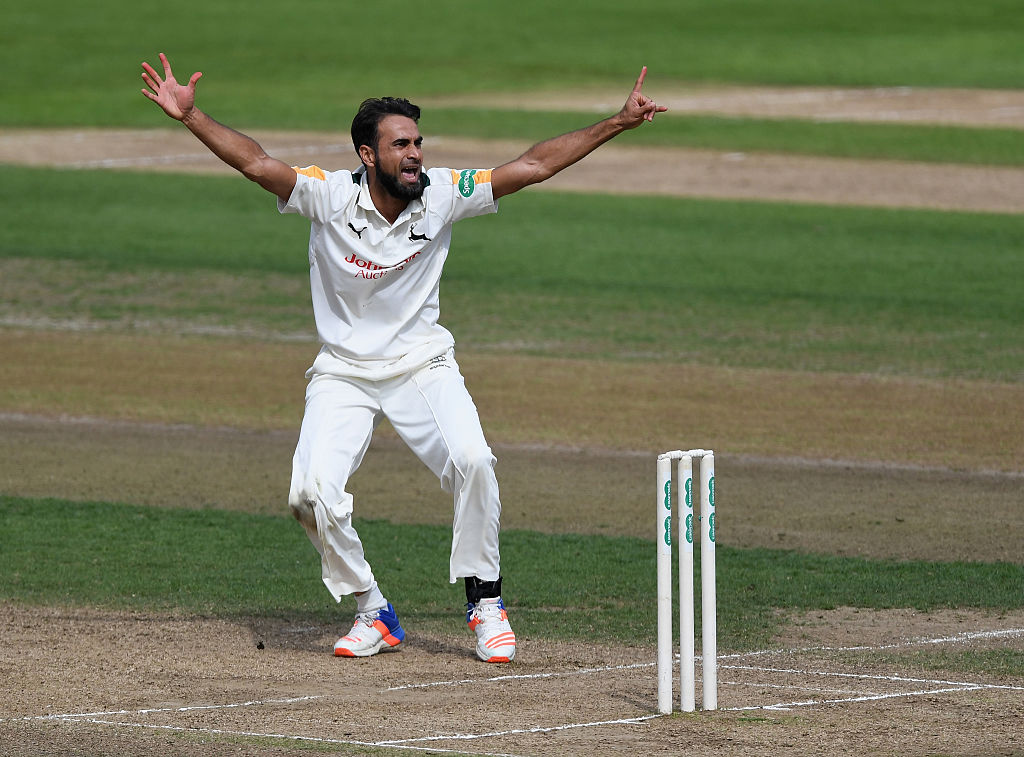 Luke Fletcher is 90 runs away from the career landmark of 2,000 runs.

A boundary will take Tom Moores to 1,000 runs, with the wicketkeeper currently on 996.

James Pattinson is due to play his first county championship match for Notts in 2 years and enters it needing 4 more wickets to reach 250 in his career.

Steven Mullaney picked up his 100th wicket in the last match v Hampshire, now he needs one more to reach 100 solely for Notts.