THE OUTLAWS IMPRESS AGAINST A TITANS XI BRIMMING WITH INTERNATIONAL TALENT

Notts Outlaws were victorious in Pretoria against a Titans Invitational XI brimming with international talent in their first 50-over action of their pre-season tour, in a match which marked Albie Morkel’s last for the franchise.

Ben Duckett - skipper for the day due to Club Captain Steven Mullaney's slight groin strain - rose to the occasion, making a well paced 74 in the South African heat, following an impressive performance from the Notts bowlers, claiming all 10 Titans wickets within 46 overs.

Morkel skippered the Titans side, losing the toss to Duckett, who decided the Outlaws should field first. 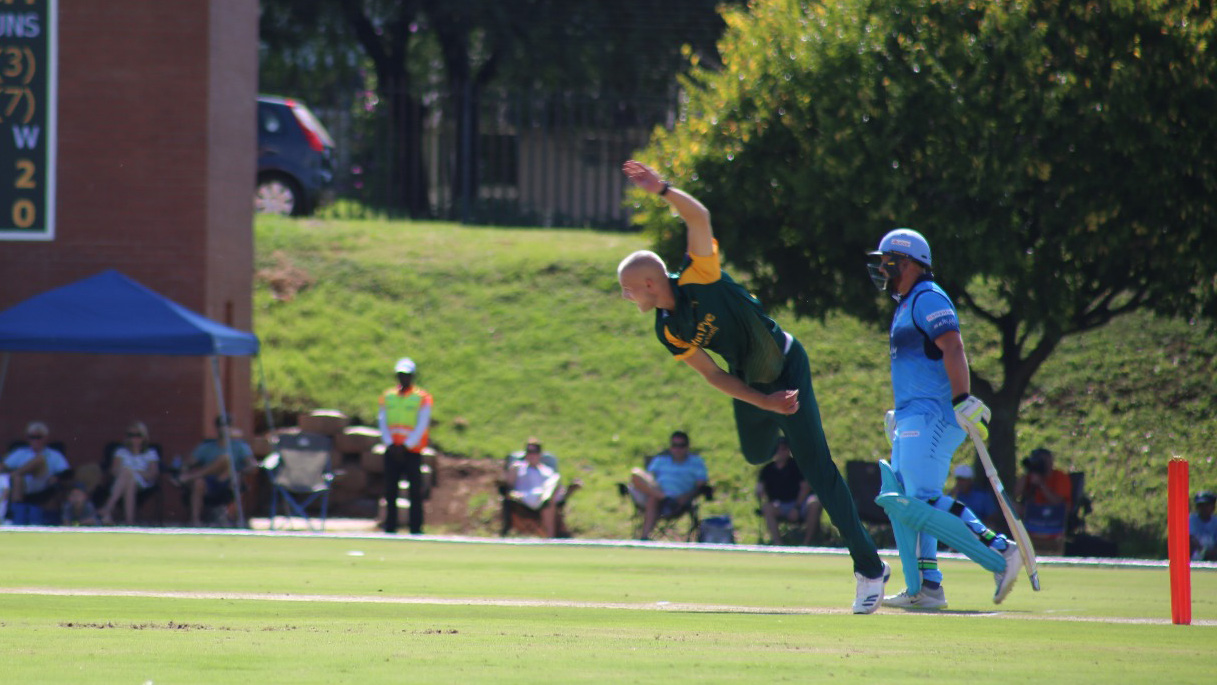 First to fall was the Titans opener Rivaldo Moonsamy, caught off Chappell by Ben Slater for just one run, before Mahlangu (1) cut Chappell's ball straight to Chris Nash at point, becoming the 22-year-old's next victim.

South African international Dean Elgar soon followed suit, when his attempt to pull landed in the safe hands of Slater at point again, the left-hander leaving the field with no runs, leaving the Titans 4-3 after four overs.

Paul Coughlin was the next to strike, forcing Von Berg (14) into Mark Footitt's hands at mid-on during the ninth over, before Lyndon James got his first wicket of the day, bowling Jordan Neil for 12, leaving the home side 73-5 after 16 overs.

The Titans worked their way to 126-5 at the halfway point, with Heinrich Klaasen (50*) and Farhaan Behardien (27*) steadying the ship for the South African side, with Klaasen's half century from 63 balls.

Behardien also reached the half century mark, before succumbing to a ball from Mark Footitt, caught behind by Notts wicket-keeper Duckett, leaving the field with 55.

The international's departure made way for the man of the moment, Albie Morkel, to take to the middle, but he was soon caught and bowled by Coughlin for just ten, leaving the field for the last time to a standing ovation.

Klaasen, a firm fixture of South Africa's ODI and T20 squads, was joined in the middle by Chris Morris, who managed 25 before being found in no mans land and stumped by Duckett, giving Liam Patterson-White his first wicket of the day with the Titans 240-8 after 41 overs.

Morris was replaced by Wiese as Klaasen reached his century off 115 balls, just reward for a brilliantly paced innings.

Wiese could not stay with his teammate long though, falling for 10 to give Patterson-White his second scalp of the day, forcing another catch to Duckett behind the stumps, with the score at 257-9 with five overs to go.

Mark Footitt finally ended Klaasen's classy innings for 109 - Paul Coughlin taking the catch off the Notts paceman, leaving Junior Dala not out with two runs, with the Titans amassing at total of 264 all out.

Play resumed after lunch with Ben Slater and Chris Nash the Outlaws' openers, chasing a target of 265 for victory.

The duo put on a partnership of 51 before Slater fell to Morris, caught out by Wiese for 23. 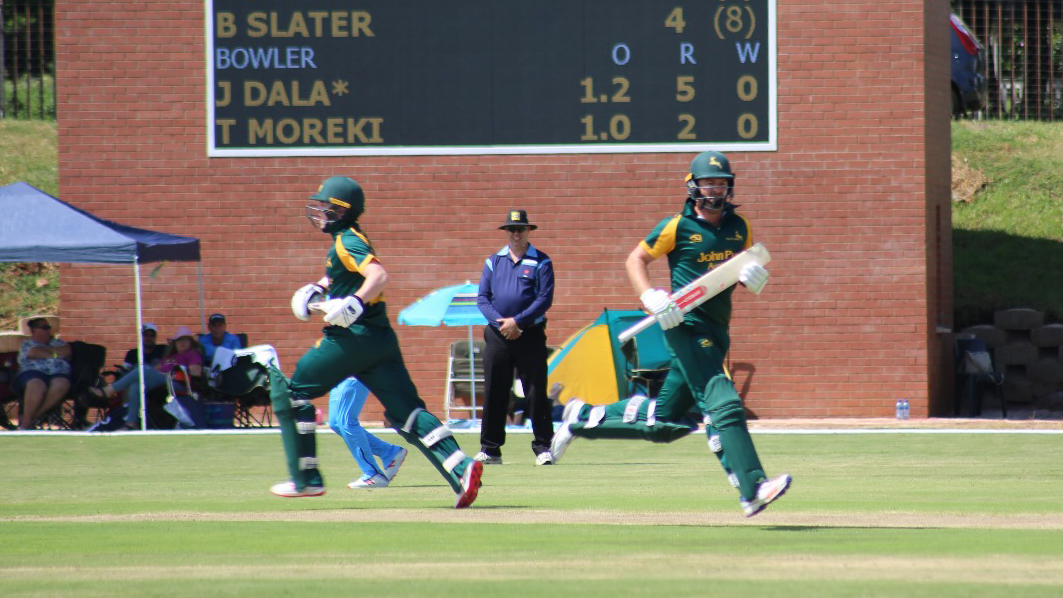 Captain for the day, Ben Duckett, was the third man to the crease for Notts but it wasn't long before a second wicket fell, with Nash (23) caught by Klaasen off a Prince Trotter ball for the same score as his opening partner.

Joe Clarke replaced Nash to join Duckett in the middle, and the two Notts newcomers formed a solid partnership before Clarke was caught by Dala in the long-on region off a ball from Von Berg for 31.

Ben Duckett reached his half century in the following over off 42 balls, moving the Outlaws to 144-3 after 23 overs, and at the halfway point the Green and Golds required 104 more runs for victory.

Jake Libby joined the skipper in the middle, making 27 runs before becoming Von Berg's second victim of the day, the 26-year-old caught and bowled by the South African.

Paul Coughlin was the next Outlaw at the crease, with nineteen overs remaining in the game.

A century was not to be for the Notts skipper, as Duckett eventually fell for 74 to Weise, caught by Moonsamy, his total coming from 73 balls and featuring eight fours and one six.

Lyndon James was then trapped lbw by Mahlokwana for nine, as Luke Wood stepped to the middle with the Outlaws requiring 34 runs with ten overs remaining.

Wood (21*) and Coughlin (38*) soon ticked off the required runs to secure the Outlaws victory with four wickets remaining, at 43.1 overs.

Watch the video above for Ben Duckett's reaction to the game.

Notts will return back to their base in Potchefstroom tomorrow (Monday) to face further local opposition with the white ball early next week.

However, spinner Matt Carter will not be part of the action, as he will return to the UK due to a hip injury, where he will visit a specialist for further assessment early next week.