Nottinghamshire have announced the signing of India all-rounder Ravichandran Ashwin for the second half of the Specsavers County Championship season.

It will be the off-spinner’s second stint in English cricket, after he turned out for Worcestershire in 2017.

The 32-year-old is an accomplished performer at the highest level with both bat and ball, and arrives at Trent Bridge armed with some formidable statistics. 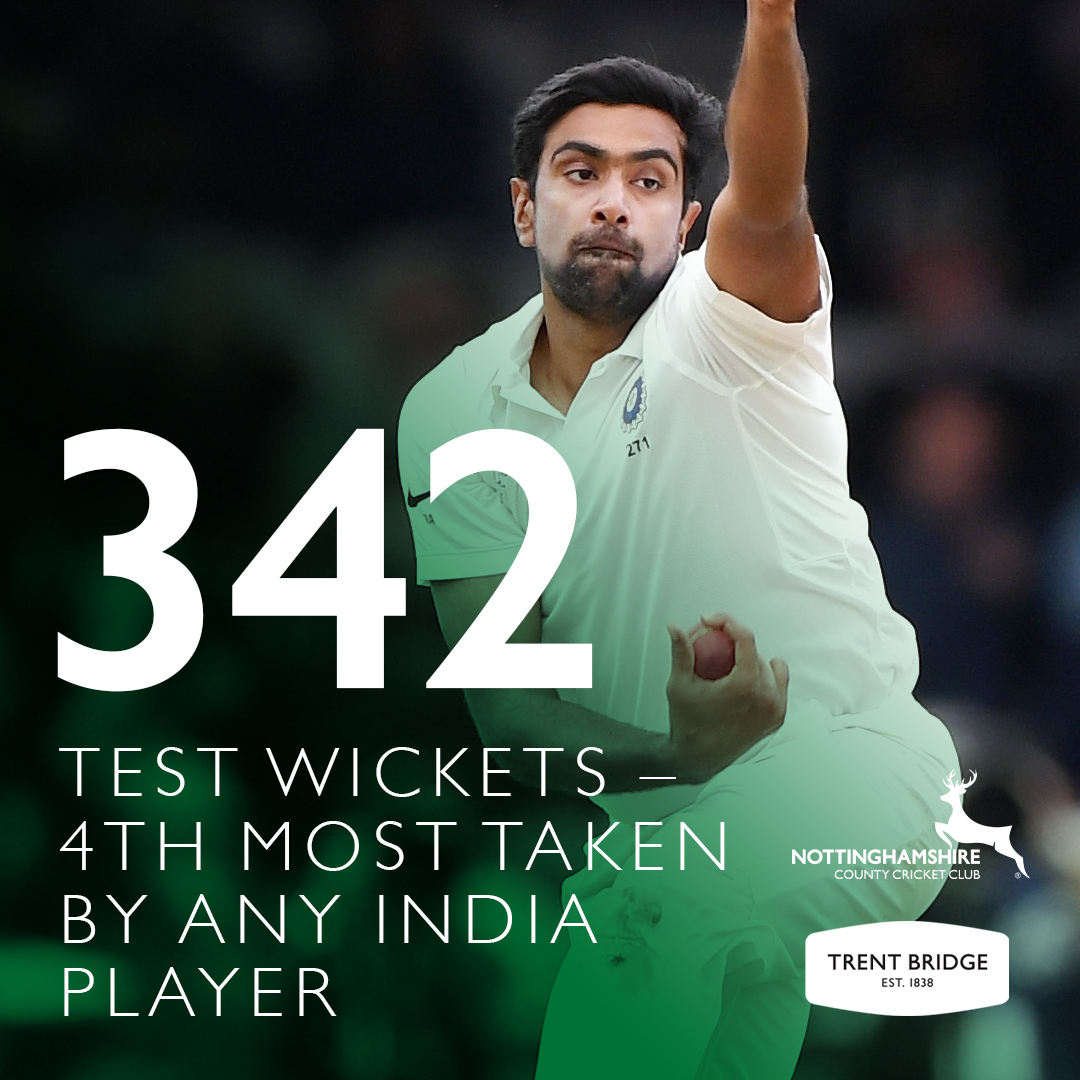 Only Harbhajan Singh, Kapil Dev and Anil Kumble have taken more wickets in Test matches for India than Ashwin, and all have played considerably more matches. Indeed, Ashwin reached 300 Test wickets faster than anybody else in Test history.

Ashwin’s Test bowling average of 25.43 is the best of any player to have taken more than 200 wickets for India.

Ashwin has notched up six first-class centuries – four of these in Tests. 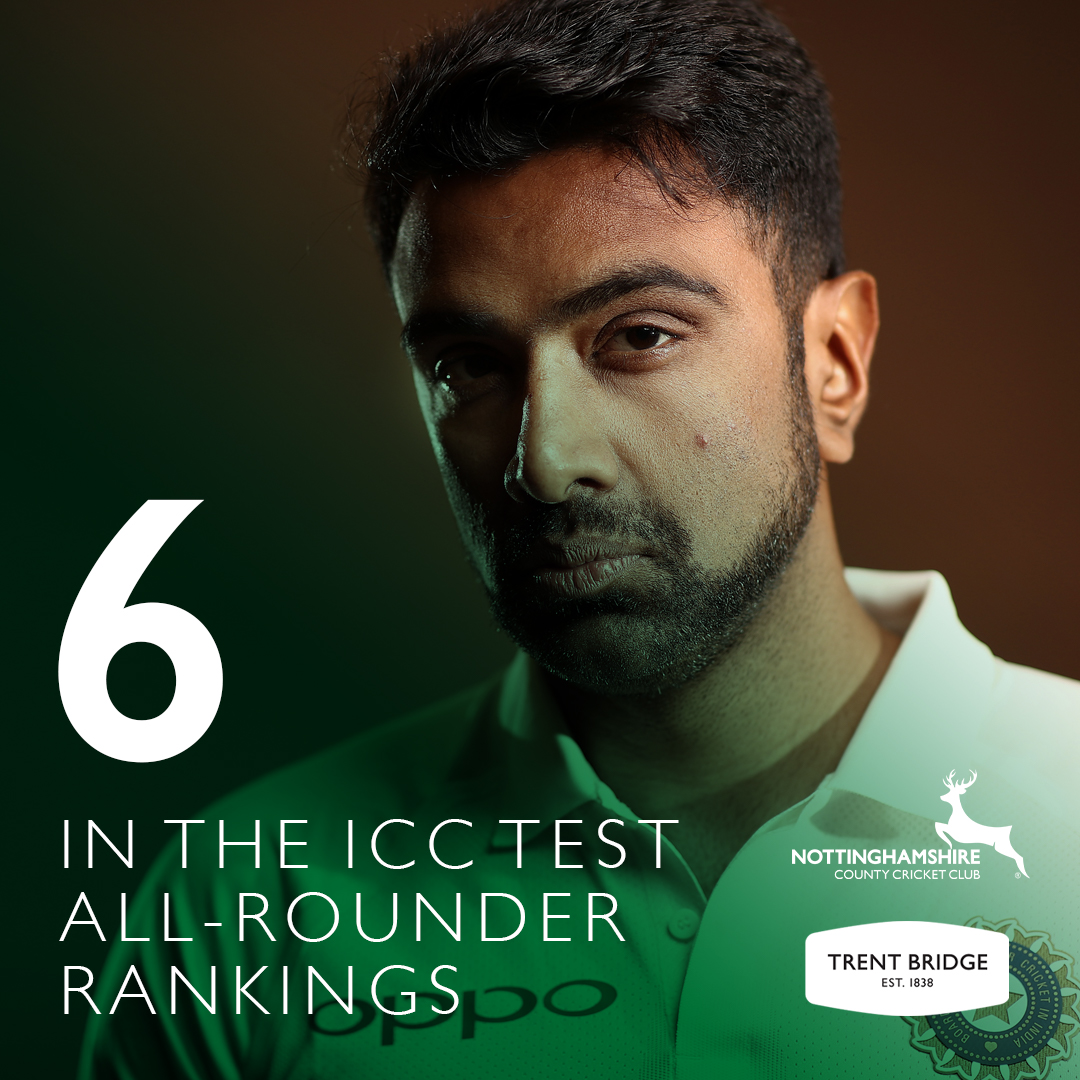 Ashwin has consistently been recognised as the best all-rounder in the world by the ICC’s world rankings, most recently in 2017. He first reached top spot in November 2013.

The ICC's current Test bowling rankings feature Ashwin in 10th place; the off-spinner was most recently considered the best Test bowler in the world in 2017, having first ascended to number one in 2015. 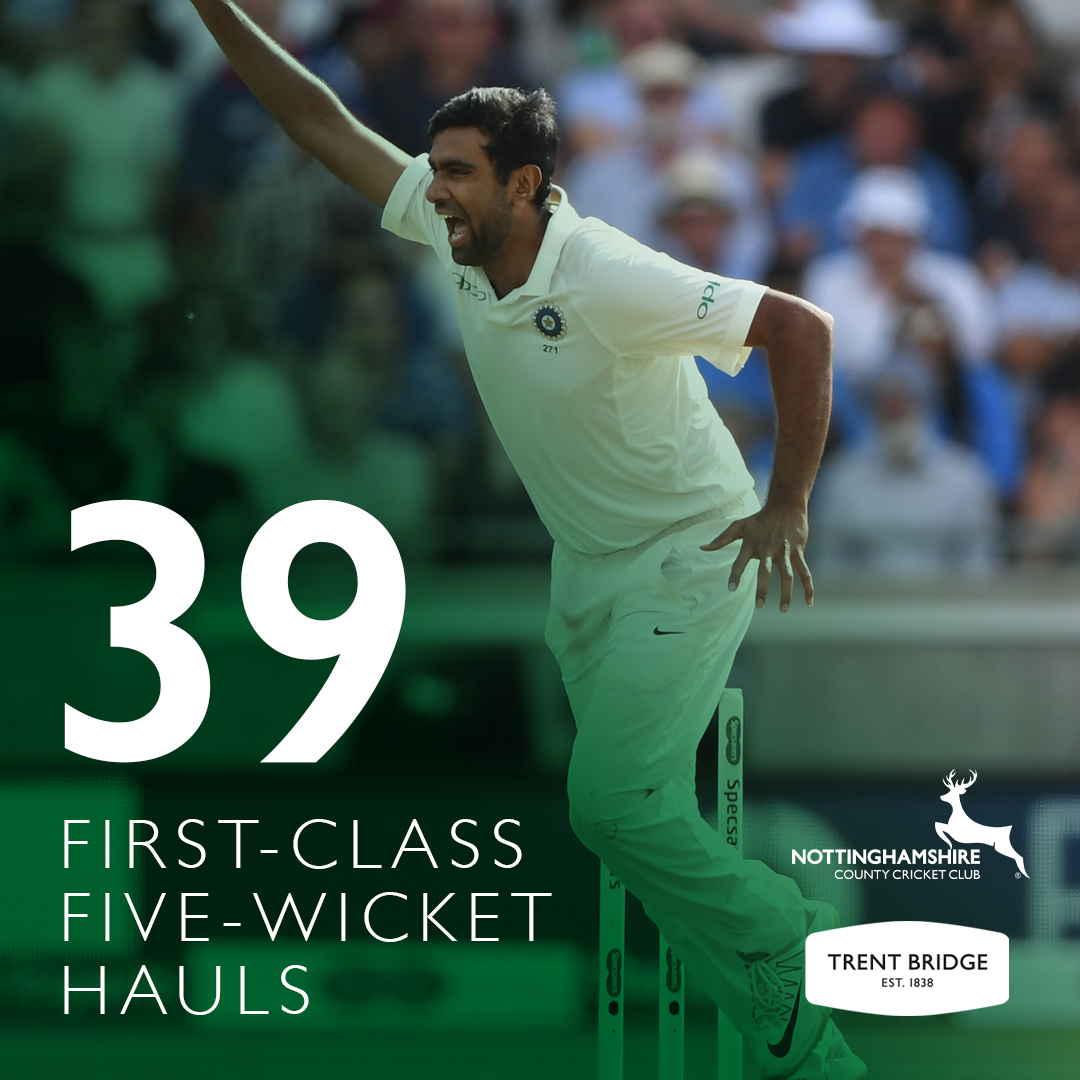 26 of these five-wicket hauls have been in Tests, including best figures of 7/59 against New Zealand in October 2016. Ashwin has taken ten wickets in a match on ten occasions – seven times in Tests.

Ashwin took 20 wickets in four championship games for Worcestershire, including two five-wicket hauls. The right-hander scored one half-century in his time with Worcestershire, and appeared alongside Joe Clarke for the Pears. 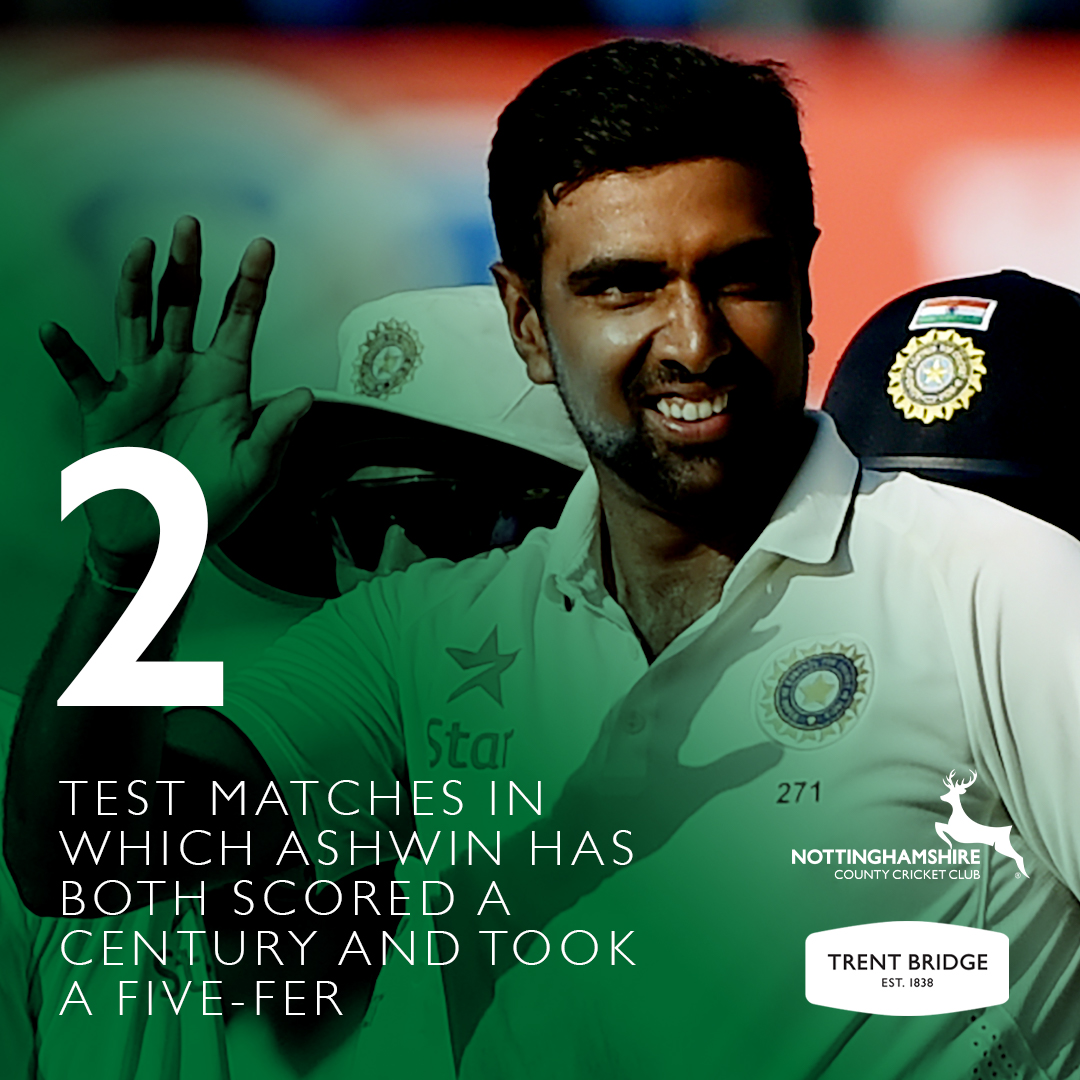 You can watch Ashwin in action at Trent Bridge with a Nottinghamshire Membership. Packages start from £29 and include access to all Notts' scheduled home games, as well as entry to exclusive events. Click here to find out more...