Samit Patel and Tom Moores have been picked up by Qalandars and Bangla Tigers respectively for this month’s T10 League.

Patel will be enjoying his second stint in the Abu Dhabi-based competition – having represented Rajputs in 2018/19 – while Moores has made the change from Punjabi Legends to the Tigers.

34-year-old Patel is excited at the prospect of competing alongside some of the world's best cricketers.

"T10 cricket is exactly what you think it would be; it's all go, it's about being versatile and you've got to be able to bowl and bat in any situation," said Patel.

"It's also always good to rub shoulders with some of the best players in the world and test yourself against them." 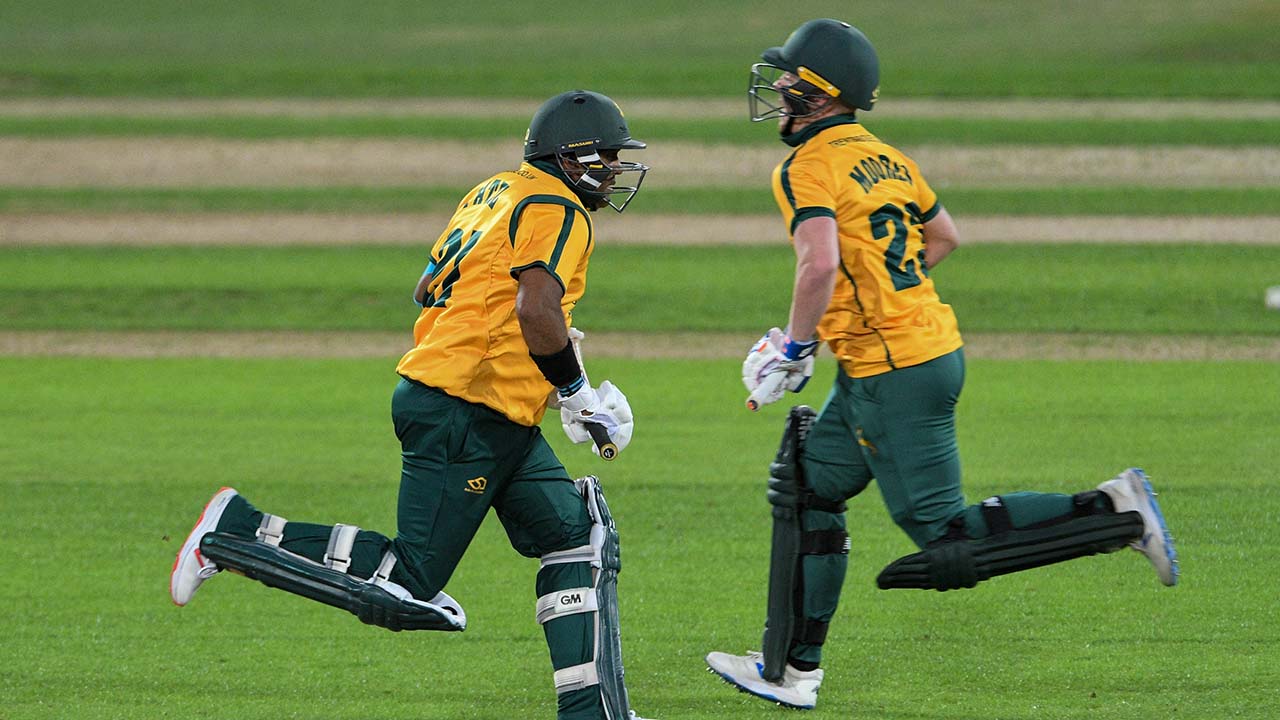 Wicketkeeper-batsman Moores, meanwhile, whose brutal hitting was a feature of the Outlaws’ run to Finals Day, believes he is in a better position heading into this year's edition after his stint in Abu Dhabi last year.

"Last year the T10 was my first franchise competition so it was all quite a new experience - and I loved it," said Moores.

"I tried to throw myself into every experience and I think that knowing what to expect will help me heading into this season.

"I think it suits the way I like to play and I'm really looking forward to it."

Patel and Moores will join Harry Gurney in the Middle East, after the left-armer was drafted by the newly-formed Team Abu Dhabi.

The competition, which is played in its entirety at Abu Dhabi’s Zayed Cricket Stadium, begins on 14 November, with the final being contested ten days later.