NOTTS IN NUMBERS: THE 2019 VITALITY BLAST

Notts Outlaws' commanding display to beat Middlesex in the Vitality Blast quarter-finals has seen them through to their fifth T20 Finals Day, and third in four years.

The Outlaws have broken records on their way to securing their place in the Edgbaston showpiece, and have produced performances which more than stand comparison with anything else seen in the tournament this season.

Notts appeared to have drawn the short straw when Middlesex were confirmed as their quarter-final opponents at Trent Bridge, after the visitors made light work of scoring 227 to beat Somerset in their last group game.

But the Outlaws took immediate control of the contest with the ball, before embarking upon a record-breaking chase:

10 – the number of wickets Notts won their quarter-final by. This is the largest margin of victory by wickets in this year’s Blast.

165 – Hales’ partnership with Nash for the first wicket v Middlesex. This is the highest partnership for any wicket in Notts’ T20 history, and the highest stand in the 2019 Blast so far.

7 – the number of sixes hit by Hales in his unbeaten innings of 83. 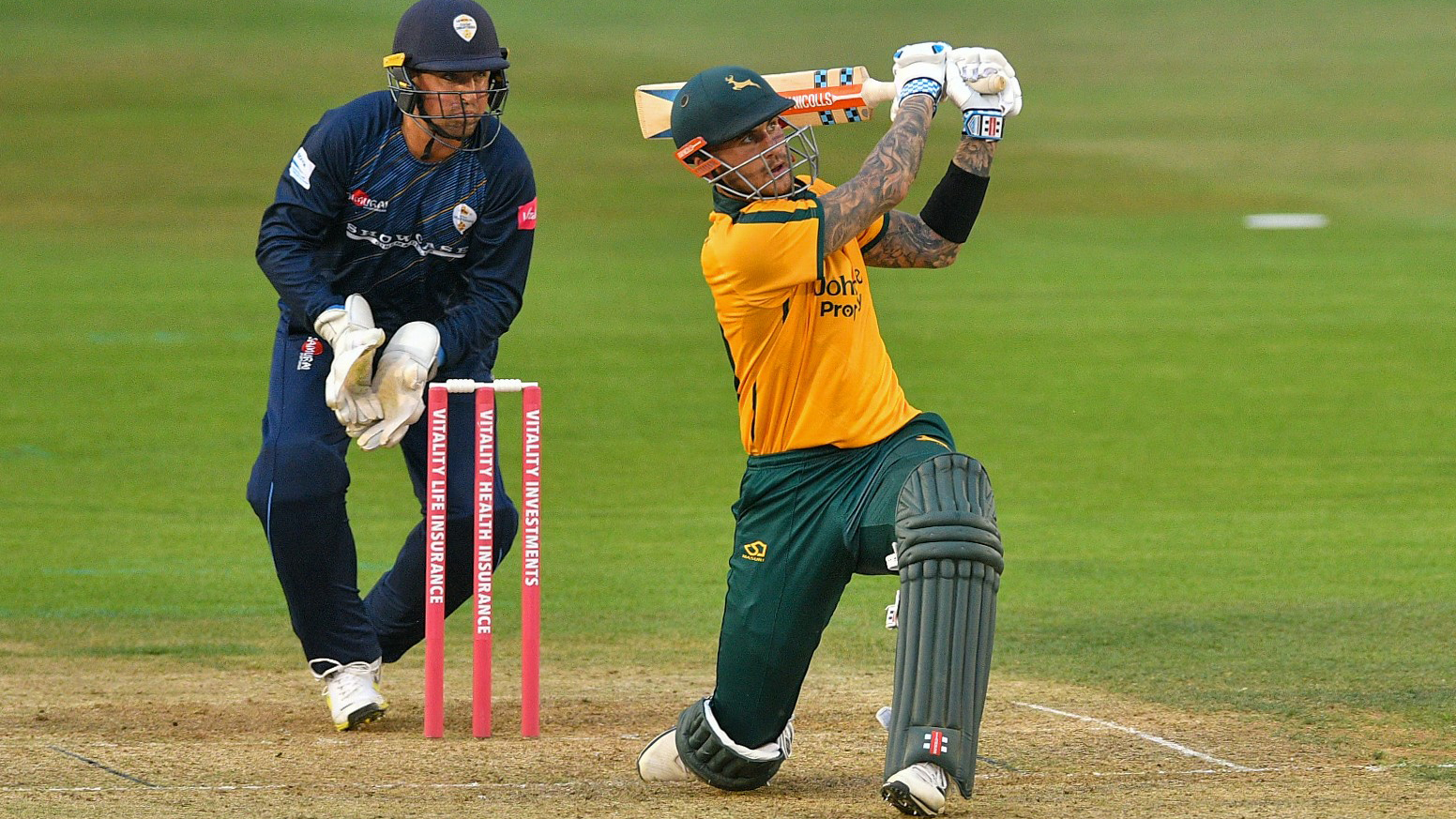 Alex Hales’ world-class limited-overs pedigree shone through in the quarter-final victory, and was the high point of the opener’s campaign so far. As he has done for much of his time at Trent Bridge, the right-hander has set the standard for the Outlaws’ batting line-up again this season.

366 – runs scored by Hales in this year’s competition, the most of anybody in a Notts shirt.

4 – the number of half-centuries scored by Hales this season. Only three batsmen have scored more fifties this campaign, with Tom Kohler-Cadmore, Babar Azam and Tom Banton all having scored five. Hales will have the opportunity to join or surpass the trio on Finals Day.

16 – sixes hit by Hales across the course of the tournament to date.

Tom Moores’ 445 runs in the 2018 Vitality Blast were crucial in securing him Nottinghamshire’s Player of the Year award – and the wicketkeeper-batsman has enjoyed another fruitful season.

145.63 – Tom Moores’ strike-rate in the 2019 Blast, the highest of anybody to have scored more than five runs for Notts in this season’s competition.

231.57 – Moores’ strike-rate in his innings of 44 against Leicestershire. The 23-year-old top-scored for Notts, hitting five sixes.

8 – dismissals taken by Moores behind the stumps.

Brilliance with the ball

T20 skipper Dan Christian has frequently singled out Matt Carter for praise during the Blast campaign, with the spinner enjoying his most successful season in green and gold to date. The 23-year-old is just one of the Outlaws bowlers who have excelled over the past few months.

6.44 – Matt Carter’s overall economy rate from the ten matches he has played, the best of any Outlaw.

3 – Carter’s economy rate in the nailbiting win over Yorkshire, in which the right-armer’s miserly, man-of-the-match performance was vital in hauling the home side over the line.

20 – wickets taken by Harry Gurney in the 2019 Blast. Only two bowlers have taken more this season.

5-30 – Gurney’s bowling analysis in Notts’ comprehensive victory over Derbyshire at the Pattonair County Ground. These are the best bowling figures by any Outlaw in this season’s tournament, and are the globetrotting seamer’s best-ever T20 figures.

PreviousMORTGAGE SURGERY TO BE HELD AT KENT FIXTURE NextDan Christian: That Was Nothing Short Of Extraordinary
TWEETS
Tweets by @TrentBridge
NEXT FIXTURE
Friendly - Postponed
7 April 2020 at 11:00
Fenner's
Cambridge MCCU
Nottinghamshire CCC