Stuart Broad has extended his association with Nottinghamshire by signing a new two-year contract.

The 33-year-old, who is England’s second leading wicket taker of all time in Test cricket with 485 scalps to his name, will take in his 13th and 14th seasons with the club as part of his new deal.

“Every time I step out at Trent Bridge, it feels just as special as the first time I walked onto the turf at three or four years old,” he said.

“I love Nottingham being my home, I love playing for the club, and I certainly can’t envisage myself playing for any other county.”

“Every time I step out at Trent Bridge, it feels just as special as the first time I walked onto the turf at three or four years old”

2019 saw Broad enjoy a stellar year on the international stage, helping himself to 30 Test wickets at an average of 23 across England’s home Tests before taking more wickets than any of his countrymen during the winter tour of South Africa.

The right-armer was quick to credit Nottinghamshire’s coaching team for their role in his success.

“One of Mooresy’s [Head Coach Peter Moores] great strengths as a coach is that he’s always looking to improve players,” continued Broad.

“Him and Kunny [Performance Analyst Kunal Manek] showed me how my leave percentage was quite high, even though one of my strengths as a bowler is threatening the stumps.

“That was great information to take into the latter half of my season with Notts and into the Ashes.” 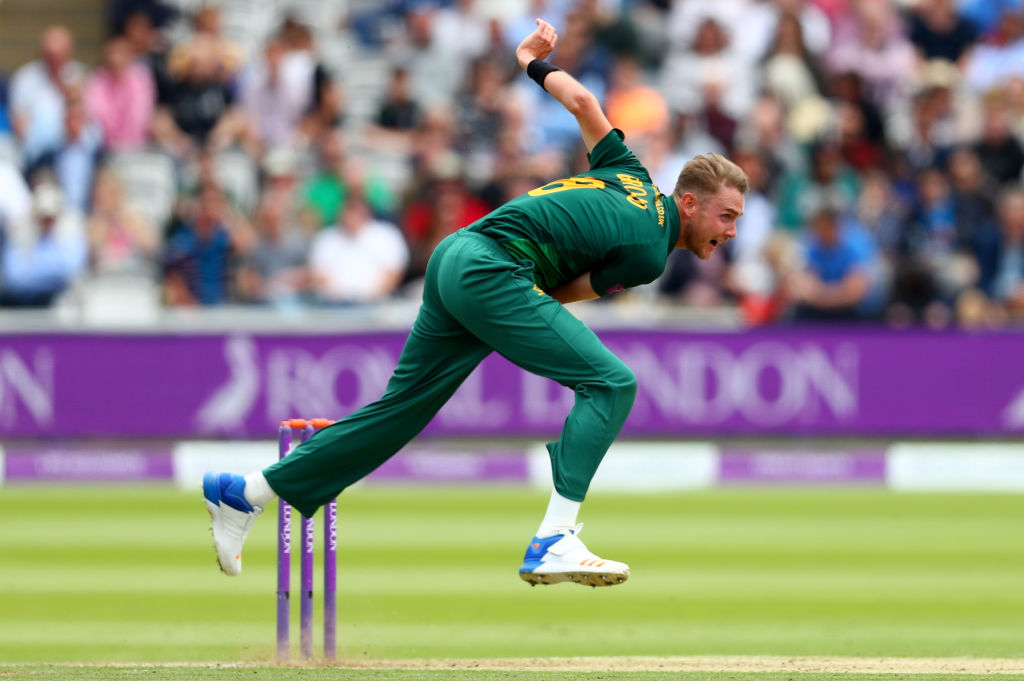 His 40 red-ball appearances for the Green and Golds have heralded 147 wickets at an average of 24, with 17 of them coming from seven appearances in 2019.

Peter Moores was quick to highlight the importance of the fast-bowler’s leadership qualities to a Notts squad that has undergone a period of transition in recent years.

“Whether it’s by example with the way he prepares for games and goes about his cricket, or with words of advice for his fellow players, Stuart is a brilliant leader for us,” said the Nottinghamshire Head Coach.

“We were all really pleased for him with the way he performed in the Ashes.

“He’d spent some time out of the side during the previous winter and responded in the best possible way, by working harder than ever and coming back stronger.

“Someone who can continue to do that – and to reinvent himself, in some ways, despite all his success – is a great example to everyone.

“His record for Notts when he’s with us is outstanding and – knowing Stuart – he’ll be as motivated as anyone for us to bounce back from last season by playing successful four-day cricket for the next couple of years.”

WATCH: GOING THROUGH THE GEARS - THE OUTLAWS IN PRE-SEASON