Haseeb Hameed feels Nottinghamshire are well-placed to overcome their early season challenges as they look forward to their first game of the season on the road against Worcestershire this week.

Seamers Tom Barber and Joey Evison are added to the 14-man squad in place of Stuart Broad, while Matt Carter comes in to bolster the spin department ahead of the LV= Insurance County Championship fixture.

Brett Hutton (side) and Jake Ball (back) remain sidelined through injury. 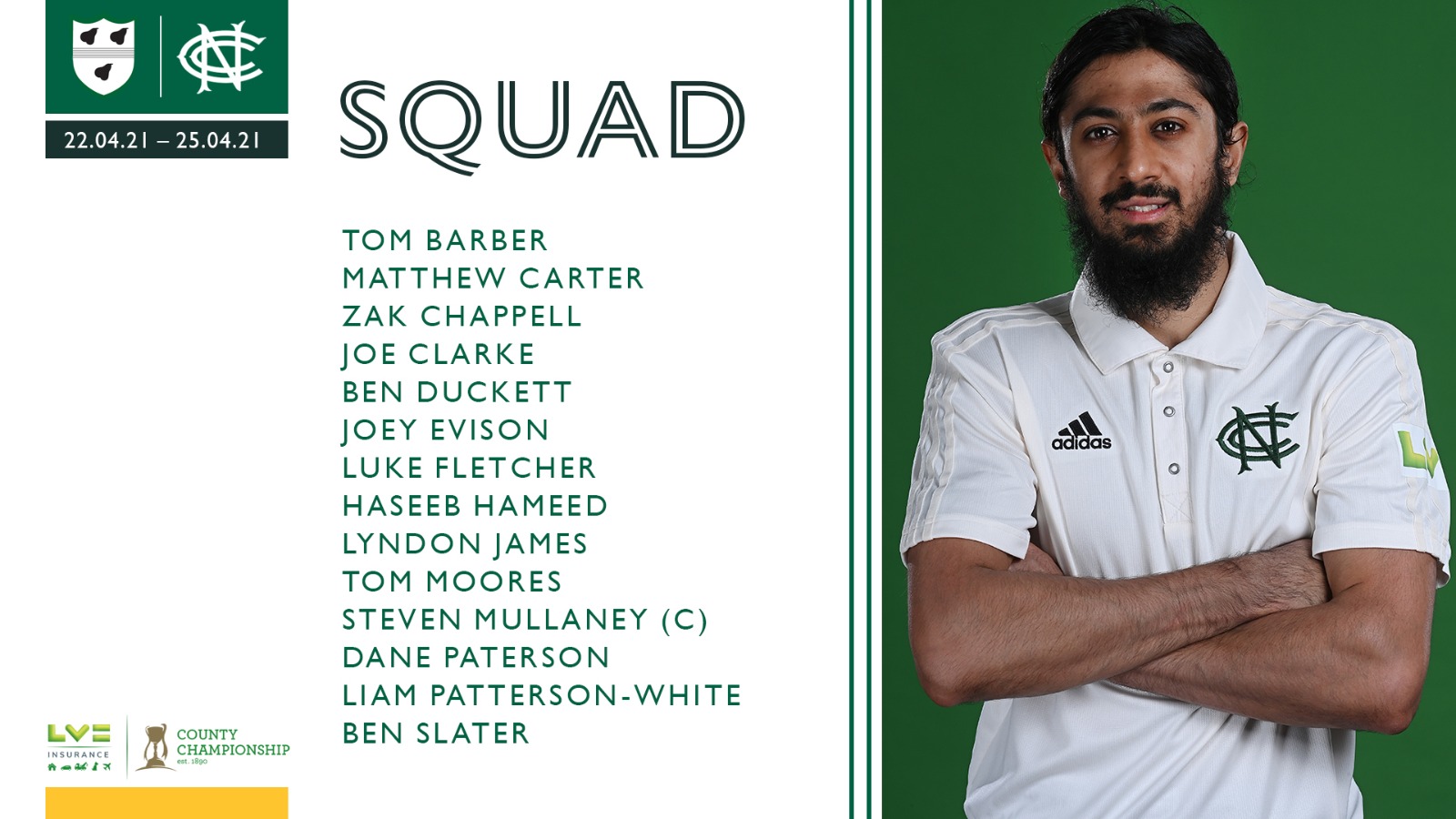 Hameed picked up his first half-century of the season in the Notts’ second innings against Warwickshire, but the visitors ultimately overcame a first-innings defecit to successfully chase down 333 on the final day.

“Because of the nature of the season and how quickly games come, I think you have to find a way to move on,” the opener explained.

“It was a difficult result in the end. I thought the lads fought extremely hard for all four days, and for it to end like that hurt, of course it did.

“But we can take positives from being in a strong position going into the last day. We gained confidence from that, and hopefully we can brush up on a couple of areas this week as well.

“We have got ourselves into winning positions but not quite been able to get over the line,” said the 24-year-old.

“We can look at each game differently as to why we haven’t been able to do that, but I believe if we can do that once, we can kick on from there and do it consistently by staying calm in those pressure moments.

“We can learn from the mistakes to help us going forwards.”

Nottinghamshire's next opportunity to climb the LV= Insurance County Championship table is away at New Road – and the prospect of that first away fixture of the season is one which excites Hameed.

“It’s always nice going to different places, to challenge ourselves at oppositions’ home grounds," he said.

"I have played at New Road a couple of times before; they generally produce good cricket wickets, and I look forward to that challenge of being on the road and displaying our skills.

“Those first two games are great examples of exactly what red ball cricket is about, going into the last session and being in a position where anything can happen.

“You play hard-fought cricket for four days, and then you can still be fighting going into that last session or that last ball. That’s the beauty of it; you can never let up.

“Worcestershire are a strong side, it’s another challenge, and the lads are looking forward to it. Hopefully this time we can get the right result.”

Coverage of Worcestershire v Nottinghamshire will be available from 11am on Thursday 22 April via Trent Bridge Live.

THE HUNDRED: TICKETS ON GENERAL SALE

WATCH: FLETCHER ON FINDING HIS FLOW