23 months on from their last appearance before a teeming Trent Bridge, Notts Outlaws captain Steven Mullaney believes partisan support, coupled with invaluable experience, could hold the key to quarter-final glory.

The Outlaws, who are hoping to make it a third home victory in the last eight of the Vitality Blast in three years, have named a 14-man squad for the fixture against Hampshire Hawks (Weds 25 August, 7pm), with Jake Ball missing out through injury. 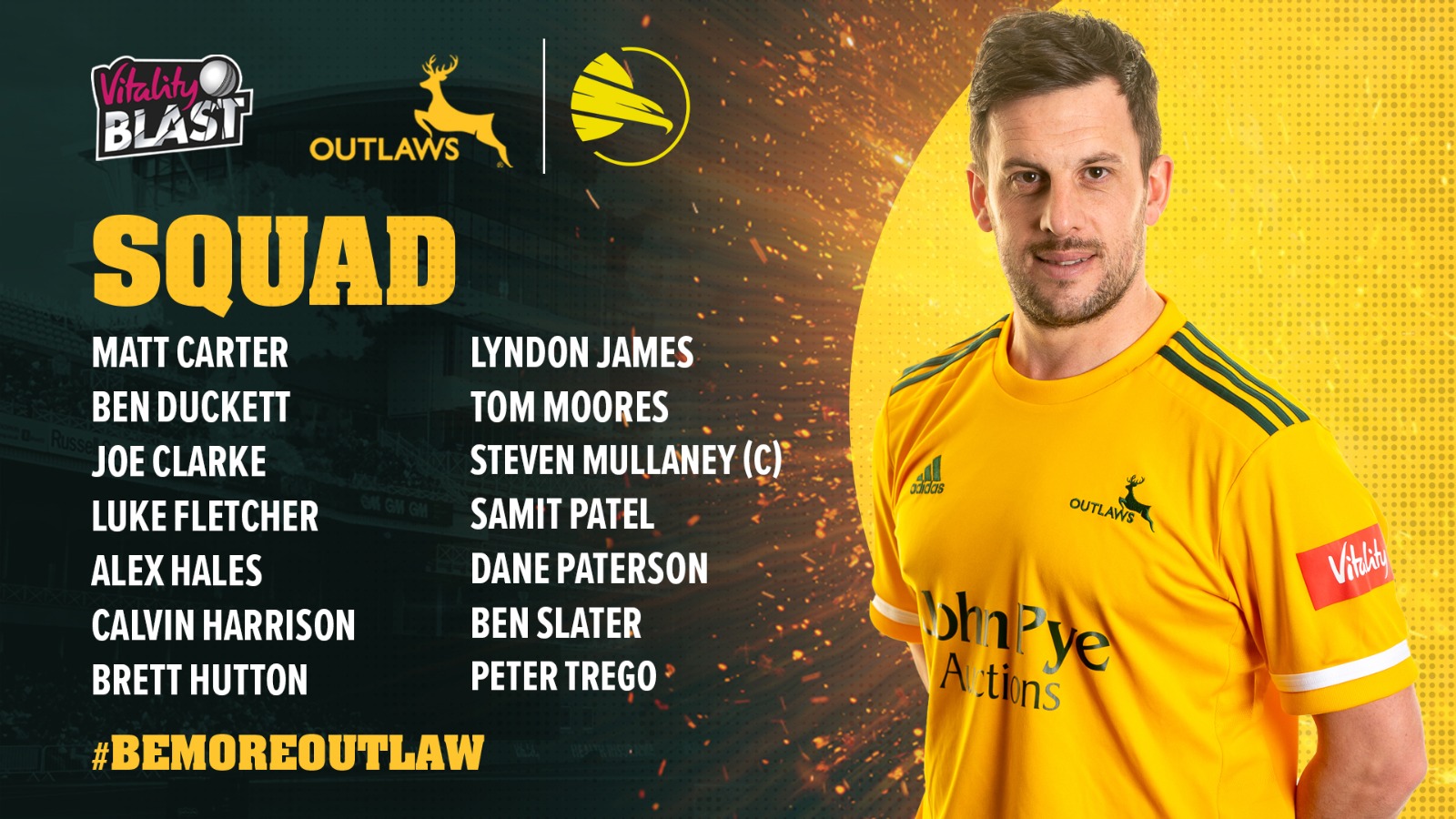 “A packed Trent Bridge is as good as it gets,” Mullaney said.

“I judge playing here by speaking to other players who have played internationally or for other counties, and they love it at Trent Bridge. That is a really good marker for me.

“We have sold over 13,000 tickets, and that will go upwards. It will feel full, and it can be an intimidating place for opposition players if we get it right. We can’t wait to get out there and showcase our skills. It will be a really special occasion.”

Reflecting on the remarkable streak of T20 success for the Outlaws, which has seen them reach Finals Day four times in five years, the multi-format captain credited an impeccable eye for detail, and in no small part the talent of the players on show.

At the forefront of those in 2021 has been the spin department of Matt Carter, Samit Patel and Calvin Harrison, who have taken a combined 49 wickets in the group stages whilst sustaining a remarkable aggregate economy of 6.89.

“We have good players,” Mullaney said, “We train hard, and don’t leave any stones unturned. We have dynamic cricketers, a variety of different types of players, and pride ourselves on having a good understanding of each opposition we come up against.

“There have been no surprises for me,” he added, remarking on his spinners’ success.

“In the last few years, Carts has been a mainstay, bowling at a difficult time in the powerplay, at one of the hardest grounds to bowl at, so his stats speak volumes.

“Calvin has worked tirelessly since signing. It was initially Dan Christian who said he thought Calvin needed to play, and his numbers in the competition speak for themselves.

“He spins the ball hard, and he drives it into the pitch. He’s had a great tournament. He is very level headed, and he has done really well.”

With nine wins, two losses and three ties in the North Group, Mullaney believes the Outlaws have again proven their pedigree with the white ball, and tomorrow’s clash will act as a platform to showcase their skills.

“Whatever happens tomorrow night, everybody can be really proud of the way we have dealt with all obstacles,” he said.

“Whether that’s been DC [Christian] not coming, the fact we didn’t get a T20 specialist overseas or the various other challenges along the way, we have given people opportunities and have coped really well.

“My message to the players tomorrow will be that they deserve to go out and showcase their skills in front of a full house on TV.

“They should go and enjoy it. If we play well, the result will take care of itself.”