Liam Patterson-White has expressed his delight at the opportunity to assume the role of the Outlaws' lead spinner as they prepare for a crucial Royal London Cup clash against Glamorgan (11am, Sunday 8 August).

Notts' spin department has helped to guide the Green and Golds to white-ball glory in recent years, with Samit Patel and Matthew Carter amongst those at the forefront of proceedings.

Patterson-White, whose exposure to first-team cricket had hitherto all come with the red ball, has taken to his role in List A cricket with aplomb, topping Notts' wicket-taking charts with seven scalps at 21.85.

The all-rounder is part of a 13-man squad for the fixture at Sophia Gardens, with Joey Evison dropping out the squad through injury. 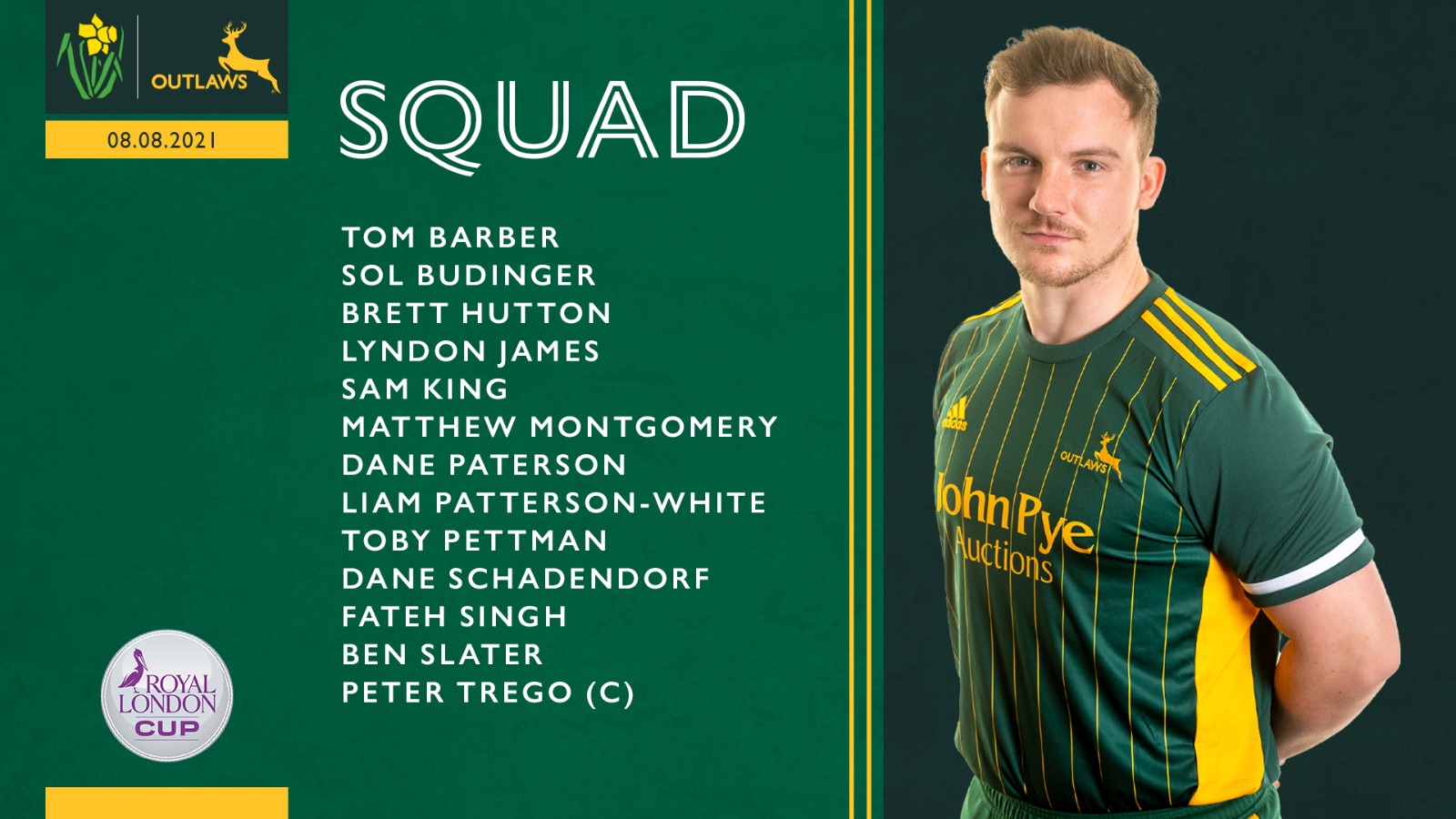 “It’s been a great opportunity for me,” Patterson-White said.

“The younger players have had the opportunity to express themselves in this competition and, for me, taking that lead role as a spinner has been great. I have really enjoyed it, and I am happy to take it on.

“We know the record spinners have had in this Outlaws team, so to take on that responsibility is great.”

The 23-year-old has been equally pleased to welcome a crop of new spin bowlers to the side.

Patterson-White’s toil has been bolstered by the off-spin of Matthew Montgomery and the left-arm orthodox bowling of Academy all-rounder Fateh Singh for the 50 over competition.

“There has been healthy competition between all three of us, but it definitely takes the pressure off,” he said.

“This is a great chance for Fateh to come through. He has performed really well this season and last year, both in the Academy and with the twos. I know myself that the transition from the Academy to the first team is a big step, but he has done well and he deserves to be here.

“Having Matt around has been really nice, too. He has got experience despite being young, and he is a clever bowler.”

The Outlaws have sampled the delights of Guildford, Welbeck and York in the campaign thus far, and Patterson-White concedes that, just as the shift in formats brings different facets of the game to the fore, the skills necessary to perform at outgrounds differ from those he displays at other venues.

“I need to produce a different skillset in red and white-ball cricket,” he said.

“I have always got to be one step ahead of the batsmen in limited overs, which is difficult, but it is a skill that I am learning fast.

“In this competition, guys are going to come hard at spinners, especially at outgrounds where the boundaries are small. It can be difficult at times, so you need to read the game and execute your plans.”

The voyage to Cardiff represents Notts’ penultimate fixture in the Royal London Cup, with Peter Trego’s side presently in the shake-up for quarter final qualification.

The hosts are top of the group with eight points, but a win for the Outlaws will draw them level on points with the Welsh side.

“We know it is going to be a tough game going away,” Patterson-White concluded.

“It’s about putting in a complete performance with bat and ball so we can come away with the right result.”

Sciver Stars As Rockets Make It Three On The Bounce