As Notts Outlaws prepare for their penultimate Vitality Blast group stage outing, Paul Franks says that giving good players the opportunity to perform has been the blueprint for white-ball success at Trent Bridge.

The Green and Golds have named a 13-man squad to face Leicestershire Foxes at the Uptonsteel County Ground (6.30pm start). 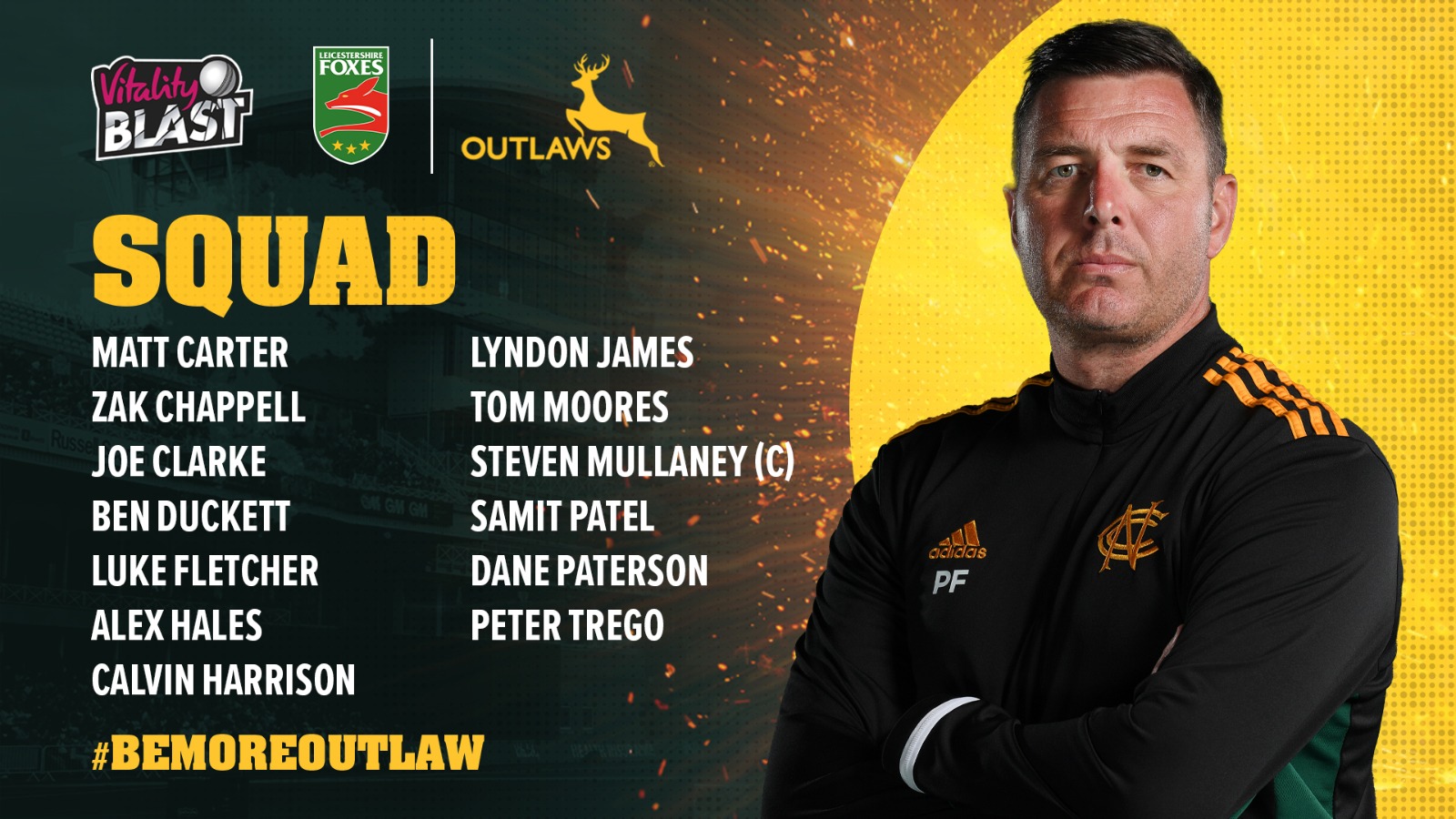 “Our job as coaches is to facilitate the development of the players at the club and give them every chance of being successful,” Franks said.

“Ultimately, the run we’ve been on in T20 cricket comes down to having excellent players and a well balanced squad. We have got guys who have been successful in the format over a long period of time, and the younger guys coming through are supplementing that.

“It could have been a tricky season this year with the loss of players prior to the tournament, but others have stepped up to the plate and taken their opportunities.”

The trip to Grace Road is inconsequential in terms of tournament progression for Notts, who have already secured a home quarter-final, but the Outlaws do need to secure one point from their final two games to ensure top spot in the North Group table.

Franks says a victory against the Foxes is also important for momentum.

“We have ticked off our first goal in qualifying for a quarter-final at Trent Bridge, but it’s important that we finish the group stages well,” he said.

“We want to maintain the run we are on, and this game also provides an opportunity for guys to carry out their skills in pressure situations.

“It would be a great statement of intent if we were able to top the group, and although Leicestershire will provide a tough challenge, we are in a good place to do that.”

With a maximum of five games left in the tournament, the Assistant Head Coach has called for Notts to continue building up to the knockout stages.

“It’s unrealistic to expect both the batting and the bowling to fire every game, but we want to be in a position where we are peaking at the right time,” he said.

“We want to make sure that, on a given day, either our batting or our bowling has given us the best chance to win the game. When they both come together, we will be very hard to beat.

“Once or twice, we have blown teams away with a complete performance, and we want to replicate that where we can."

At the forefront of Notts’ 'complete performances' has been Calvin Harrison, the likes of whom Franks has mentored during a stint in charge of the Second XI this season.

While it brings him immense pleasure to see players like Harrison and Sol Budinger taking their opportunity, he credits their ability and the senior leadership on the pitch for their success.

“We know that these players have the capabilities to be successful – that is why they are at the club – but it’s really satisfying to see them go into that first team environment, perform well and show what they can do.

“They are helped by the presence of some strong leaders, Steven [Mullaney] has done a brilliant job this year, but there are a lot of who share their knowledge – Alex [Hales], Samit [Patel]...it’s a long list, and they are there to guide those younger players.

“The younger guys are happy to learn off of those with the experience, and you need that. It says a lot about the dynamics of the squad, that regardless who plays, we play the same brand of cricket and can be successful.”