Peter Trego believes Notts Outlaws’ 14-run victory against Northamptonshire Steelbacks in the Vitality Blast embodied the positive approach of his side, and can catalyse some momentum as the Green and Golds prepare to face Durham at Emirates Riverside.

Nottinghamshire have named an unchanged squad of 14 to head to the North-East as they look to add to the three points gained in the first three fixtures. 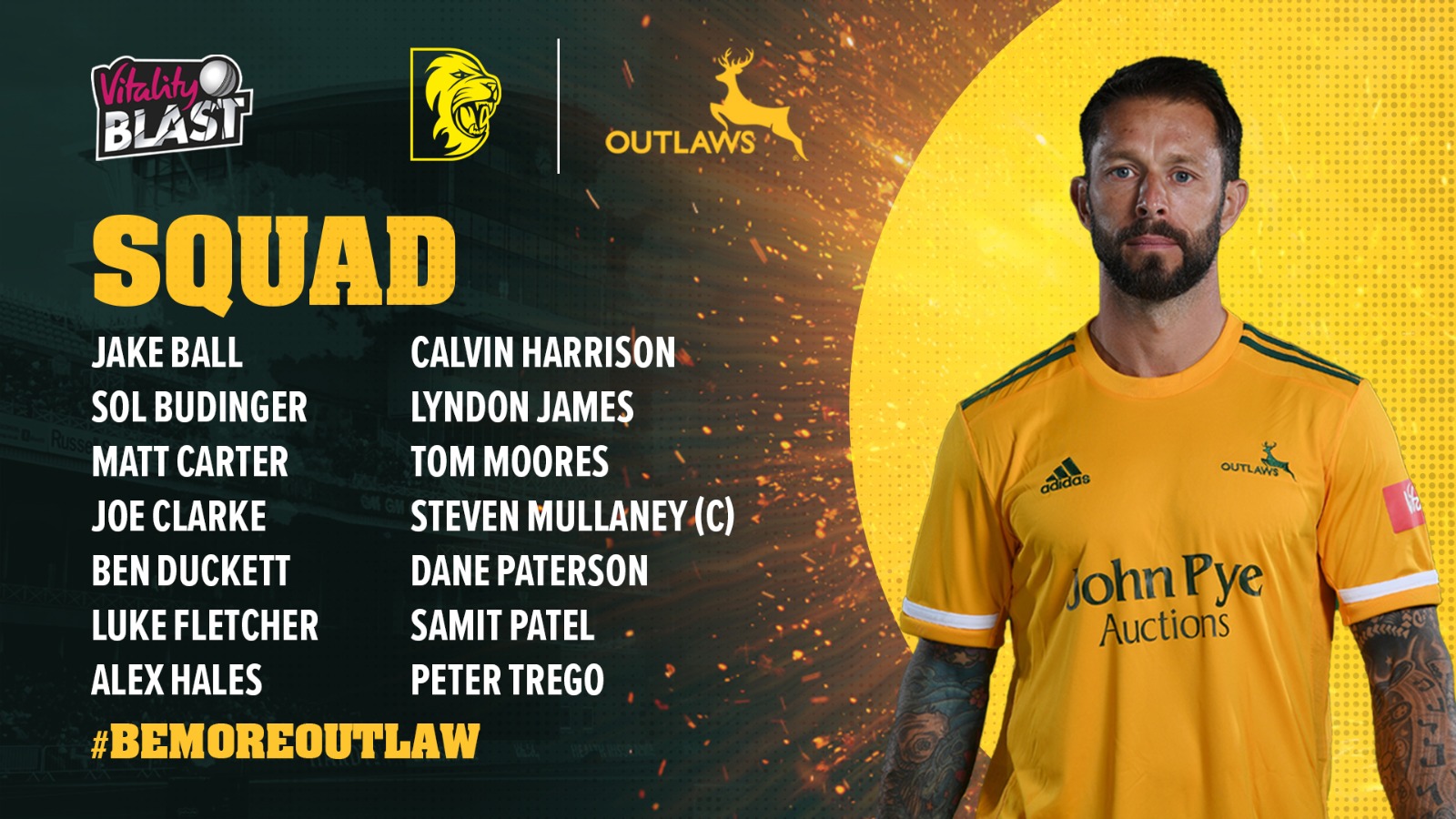 Trego played an important hand in an 82-run partnership with Joe Clarke as the latter constructed a sublime innings at Wantage Road.

For the number three, it was about facilitating his partner’s moment in the sun, although he is confident he will play a leading role soon after scores of 35, 23 and 24 so far this campaign.

“At Northampton, I was stood at the other end witnessing something very special with Joe Clarke,” he said.

“I felt my role was to get him on strike, and run hard when he was facing.

“I don’t think I have had my day out yet in terms of a big score, but I am hitting the ball beautifully in practice so I am sure that my time will come.”

Notts’ total of 214 proved too much for the Steelbacks, giving the Outlaws their first win of the season after a dramatic tie against Worcestershire Rapids and a loss at the hands of the Birmingham Bears.

Despite showing glimpses of form as a team in the first two matches, Trego admitted securing the win against Northants in such an authoritative manner was an important step.

“It was vitally important to get that first win under the belt,” he said.

“I don’t think we did much wrong in the first two games, and clearly the tie against Worcestershire wasn’t the result we wanted given the position we were in, but to go to Northampton and play the way we did just cements the way we play and the positive vibes within the squad.”

Trego has seen his explosive yet canny approach to batting in the format rewarded with a spot in the top order this campaign after starring in the final of the 2020 success.

He also offers Steven Mullaney one of many bowling options – a luxury which stands the Outlaws in good stead, according to the 40-year-old.

“Everyone has contributed to the team at some stage already, so the confidence is high and growing,” he said.

“Jake Ball has come back into the side and has shown what he can do. Fletch [Luke Fletcher] has bowled well, Carts [Matt Carter] has been absolutely outstanding, and Calvin Harrison is new to the staff but has been sensational across the first three games.”

“In T20, one day you are the dog, the next you are the lamppost. It is a tough format so the more options the captain has the better.

“We walk onto the field within six or seven bowling options, so if someone is having an off day there is someone else to step in which is a positive thing.”

The fixture against Durham marks the fourth game in six days for Notts, a tricky schedule made harder by the standard of the opposition.

However, Trego is steadfast in his belief that if his side prepare well, they can continue reap the rewards of their aggressive brand of cricket.

“Durham are a hardworking, tough team. Macus North and James Franklin have set a tone up there and they pose a difficult challenge,” the all-rounder said.

“There is no such thing as a ‘gimme’ in T20 - you can turn up against any side and get a working over if you are not on your mettle, so it is important that we repeat the things we have done well so far this season to dominate the game.

“The games come thick and fast, but the great thing about our club is that all the lads have their own particular way of getting themselves in the right place, and the coaching staff realise that.

“We are all professionals, and we believe that we will be ready for every challenge.”