Jake Ball, the leading wicket-taker in the 2020 Vitality Blast, has extended his Nottinghamshire contract until the end of the 2023 season.

The 29-year-old has garnered 364 all-format wickets for the Green and Golds since making his first-team debut in 2009.

He helped Notts to glory in the Blast with 19 wickets at an average of 14 and an economy-rate of 7.58 during the tournament.

The 24-time England international admits that his impressive 2020 came on the back of two of the most difficult years of his career owing to injuries and form.

“I want to play my whole career here and I’m delighted that I’ll be sticking around for at least another three years.”

“I spent a lot of time reflecting on the two years I’d had, put it to bed, and last season was about getting my love for the game back,” he said.

“It took a huge amount of work last winter to get my bowling where it needed to be, and having the chance to work closely with one of the best around in Kevin Shine helped me a lot.

“Winning a trophy last season for the people of Notts, in the midst of what’s been a tremendously difficult time for everyone, was extra special.

“Hopefully we’ll have our members and supporters back in the ground this year, so the incentive for being successful in all forms of the game will be just as high again.”

Although a return to an extended England white-ball squad and a trophy-winning stint with Sydney Sixers in Australia’s Big Bash have provided Ball with a welcome winter return to the worldwide circuit, home is where the heart is for the Mansfield born right-armer. 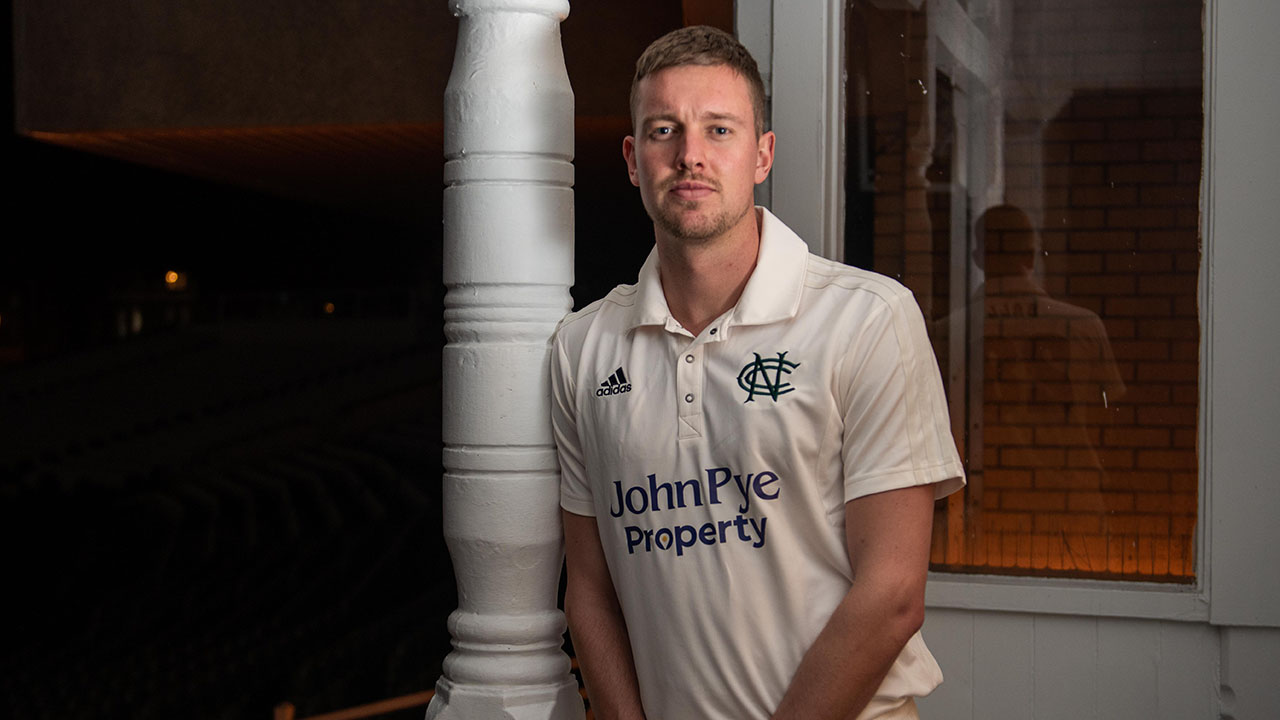 “I sat in the stands at Trent Bridge as a youngster,” he added. “I’ve played in the Notts age group sides. I’m Nottinghamshire through and through.

“I want to play my whole career here and I’m delighted that I’ll be sticking around for at least another three years.”

Having seen Ball rediscover his rhythm and deliver impressive performances in both red- and white-ball cricket in 2020, Nottinghamshire Head Coach Peter Moores believes the future for his fast bowler is bright.

“Jake’s going into the next phase of his career on the back of a 2020 in which he not only got back to his best, he moved his game on and got better,” he said.

“He’s been part of the setup at Trent Bridge for so long and he’s such a popular figure that everybody within the club keenly feels his highs and lows.

“He’s on a high right now, and we all know how dangerous a fully fit and firing Jake Ball can be.

“Playing for Nottinghamshire means everything to Jake, and what I love is that he shares that passion with his teammates in a really effective and meaningful way.

“With a huge amount of experience now behind him, and more motivated than ever on the back of all the ups and downs he’s been through, the next few years could be when we see him at his best.”

Tickets to witness Notts Outlaws’ defence of their Vitality Blast title in 2021 are now on general sale. Secure your seats.