Fletcher dismissed the former Notts batsman for a duck in Worcestershire's first innings, leaving the visitors 21/5 as they replied to the hosts' total of 400/5dec.

It was a scalp which consolidated the Green and Golds' control over a rain-affected game, paving the way for a triumph by an innings and 170 runs in the county's first home fixture in front of spectators since 2019.

Fletcher's wicket narrowly saw off Haseeb Hameed's twin tons in the reverse fixture at New Road as the standout moment of the campaign, after Nottinghamshire supporters were invited to vote for their most fondly-remembered action from a fruitful summer. 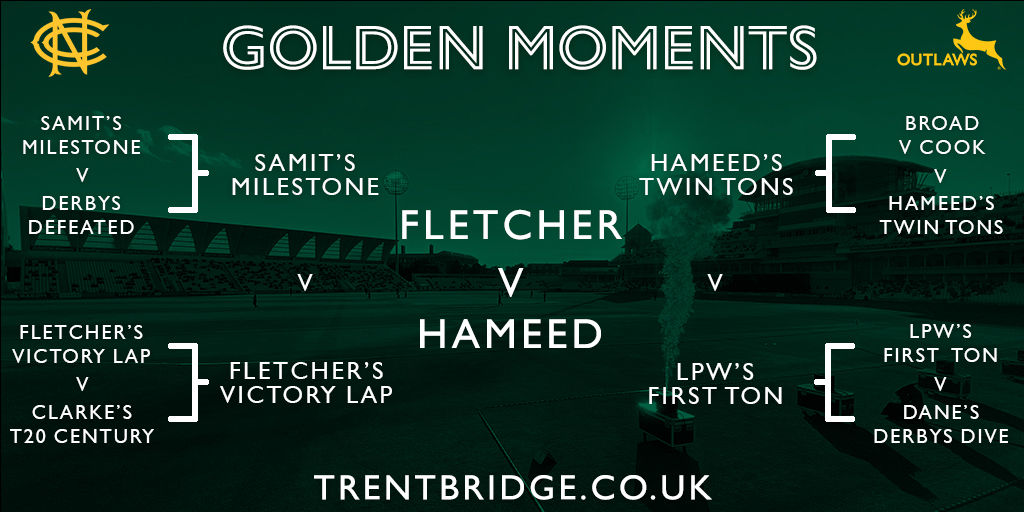