LYNDON JAMES, INNER SANCTUM SCRIBE: IN AT THE DEEP END

At the end of the first full week of pre-season training, Lyndon James shares an insight into the Green and Golds’ return, the presence of some fresh faces and some surprising obligations.

Fitness testing at the start of the winter is never easy.

You always get butterflies and a few nerves because you worry that you’ll come back completely different physically after a month off, but I got through it and was happy with how it went. Everyone, actually, came back in pretty good shape, which is a reflection of how focussed this side is, and how ready we all are to hit the ground running with our training.

I’ve had three hits in the nets since being back, during which I have just tried to get my rhythm back. My first net was ropey, as it always is the first time back. It doesn’t matter at all, because you know you are just getting into the swing of things, but it is remarkable how quickly the sense of timing can go following a few weeks off.

"You want to tick the various boxes and execute different skills early, and get through the first week unscathed, to be able to look ahead to the next four weeks of training before christmas."

My second and third sessions were much improved, and I’ve had a go against spin and seam which is an important step early on. You want to tick the various boxes and execute different skills early on and get through the first week unscathed, to be able to look ahead to the next four weeks of training before christmas.

A lot of my time in the winter will be spent in the gym, lifting and generally trying to build my body back up after the summer. Everyone’s programmes are different, but for me, I don’t prioritise running or biking because in the season I lose weight.

I don’t like eating whilst I am waiting to bat, and during a four day game it’s generally quite difficult to nail down a consistent eating pattern because you might be bowling after lunch or heading out to bat after tea. Likewise, it’s difficult to fit gym sessions in around a packed season when you want to be physically ready to play.

In the winter, though, it is a lot more straightforward. I have the time at my disposal and can get my body prepared for a hard pre-season into the new year. 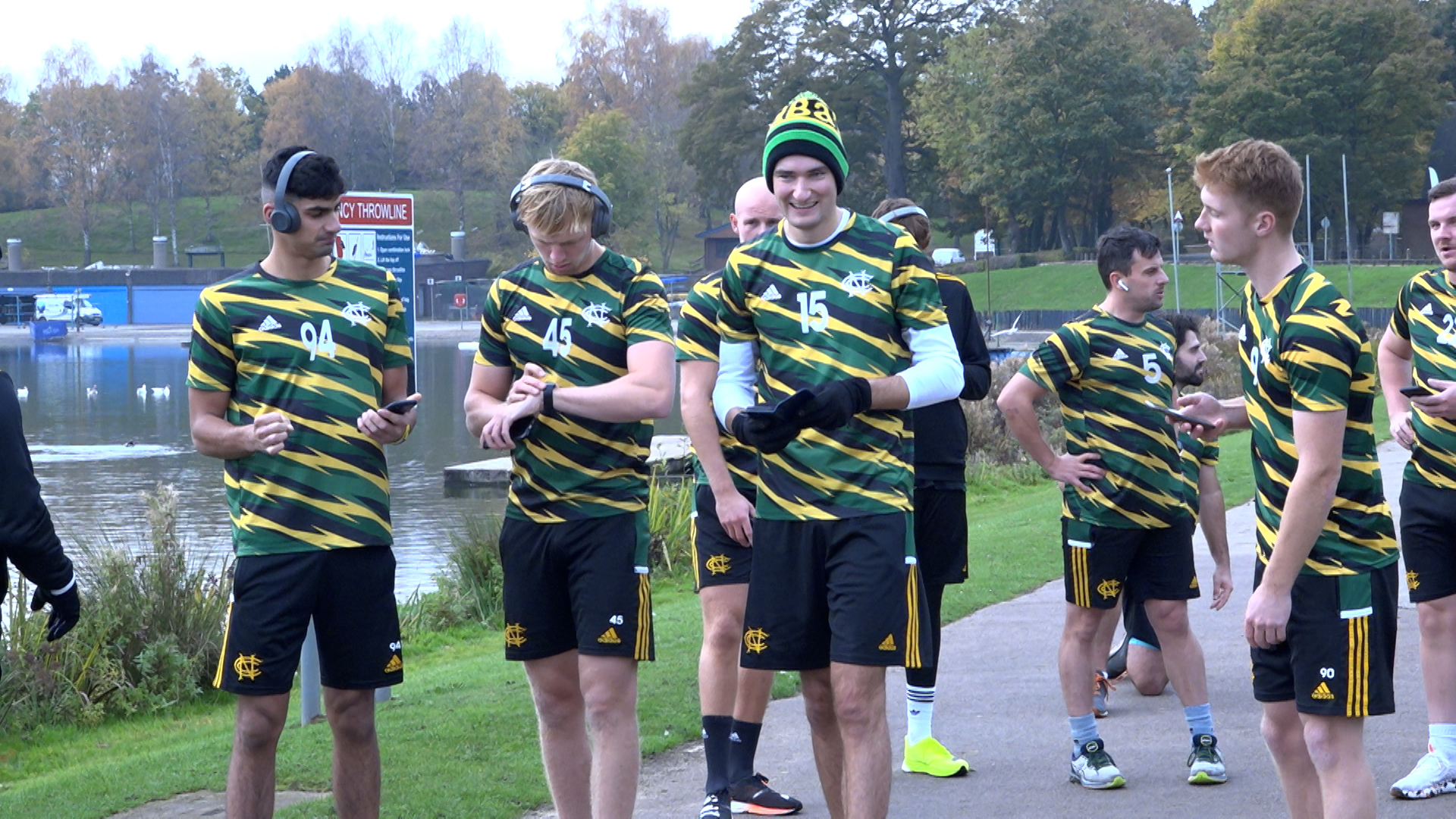 It’s brilliant to be back with the lads after the break. Everyone knows the grueling pain of pre-season, so we can enjoy each other’s company even though we are putting in a real shift. Different people have been away so it is nice to catch up and talk about that, and we socialise off the training ground whether that is by playing golf or going down to David Lloyd. It all ties back to getting closer as a group.

It’s great to see some of the young and new guys embedding themselves into the group in the first week. At our fielding session on Thursday we had a real spectrum of experience from Steven Mullaney and Ben Slater to Sammy King and James Hayes. I try to make sure I give those younger lads a bit of encouragement because in that first fielding session, in front of your coaches and captain, you want to impress. I know that feeling, I had it when I was younger, with people motivating me and saying well done. It gives you that extra boost, and makes you feel like you belong.

"We’re all on the same page anyway, striving for the same thing - success in the summer. It is in our interest to support one another."

There’s not really a competition when it comes to the sessions in the winter. It’s nice to have that bit of edge when it is bat against ball, or going shoulder to shoulder in conditioning but, ultimately, whether it is fitness, fielding, batting or bowling, we set our own standards and are striving for different things at different points in our career.

We’re all on the same page anyway, striving for the same thing - success in the summer. It is in our interest to support one another.

Pre-season comes with its own lighthearted fun along the way, whether that is celebrating the festive period at the Christmas party or being surprised with the honour of modelling the club’s new kit for the impending launch, as happened this week.

I was shocked to be asked to do it, to be honest. You see photos of established players up on posters around the ground donning the Championship or white ball kits, so to potentially be one of them is a bit strange. Of course, it is nice to be asked, and it’s a funny thing to do with your mates. 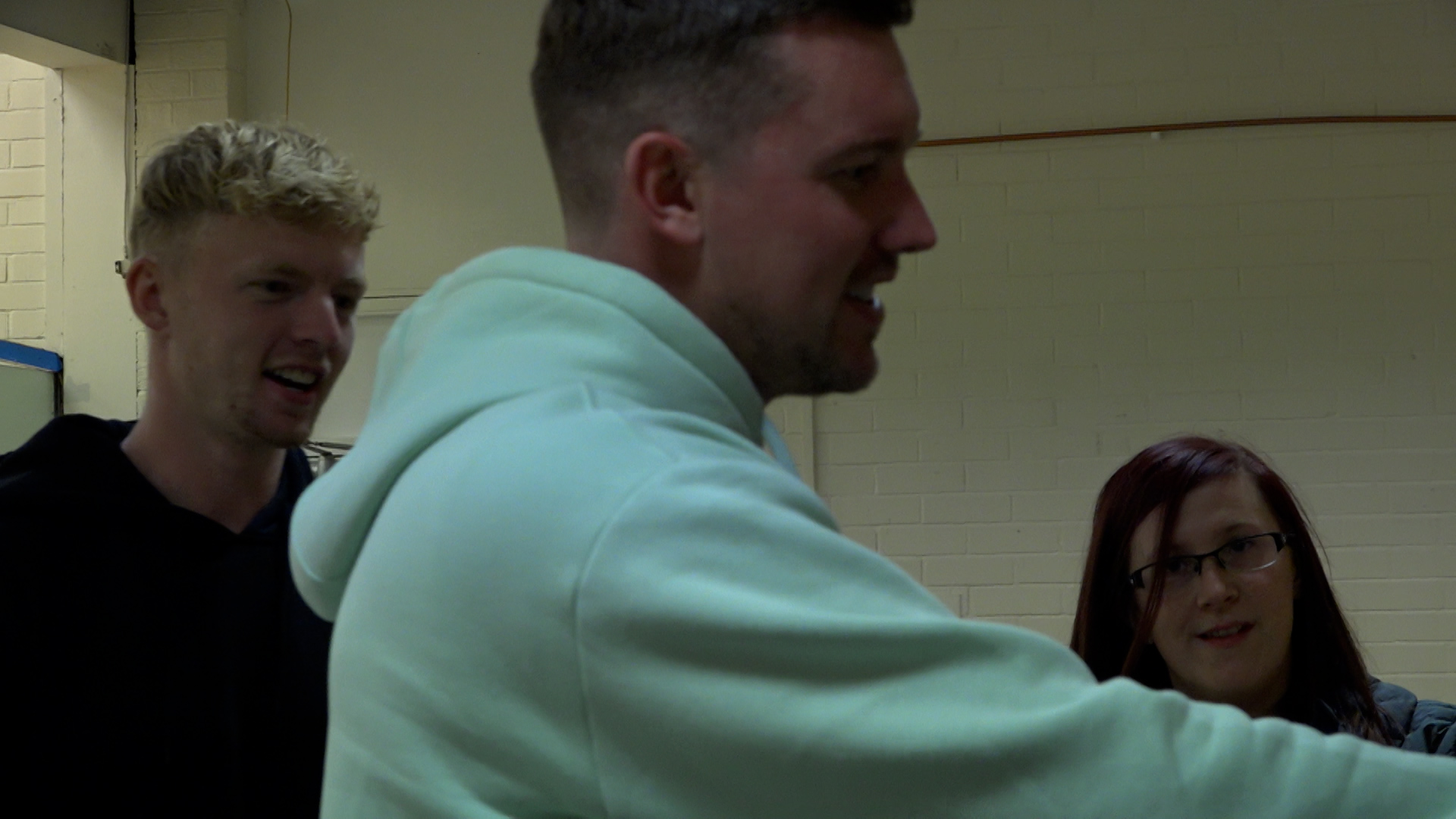 I find it very hard to keep a straight face when people are behind the camera pulling faces, and the lads know that. They are always there whenever I’m doing media stuff, but that’s part of the fun. It’s not necessarily something you think about when you get into the senior set-up and you’re focussing on your cricket, but it’s definitely enjoyable.

It’s obviously special to see the new kit, too, and be one of the first to know what it looks like. I think it’s really nice. It makes the new season that little bit more real, despite it still being a long way off yet. We want to look the part on the field, and we will this year.