FIXTURES REVEALED FOR THE HUNDRED AT TRENT BRIDGE

Trent Rockets’ fixtures have been announced for the return of The Hundred this summer, with Trent Bridge set to host four match days in August.

The competition, which launched its combination of fast-paced cricket and family friendly entertainment in 2021, will once again see the Trent Rockets men and women compete to be crowned champions at The Hundred Final at Lord’s on Saturday 3 September.

Trent Bridge’s fixtures encompass two Saturdays, a Wednesday and a Bank Holiday Monday, a year on from welcoming an average attendance of 11,222 across the inaugural version of the competition in 2021.

The action begins with the visit of Birmingham Phoenix for a standalone men’s Midlands derby on Saturday 6 August, with the Commonwealth Games programme meaning The Hundred’s women’s competition will start a few days after the men’s this year.

Once the women’s competition commences on 11 August, the fixtures will revert to the popular double-header format, with both matches taking place on the same day and tickets entitling supporters to watch both games.

The Hundred saw an aggregate figure of 27,527 witness women’s cricket at Trent Bridge in 2021, and the spectacle will return for the arrival of the Oval Invincibles on Wednesday 17 August following a run of three away games.

Trent Bridge will then welcome London Spirit three days later in the reverse of a match-up that saw Trent Rockets’ men and women both emerge victorious at Lord’s in 2021.

Following a trip to the south coast to play Southern Brave, the group stage will conclude with Welsh Fire’s visit to Nottingham on Bank Holiday Monday 29 August.

​​The second and third placed teams will face each other at the Ageas Bowl in the men’s and women’s The Hundred Eliminators on Friday 2 September, with the victors progressing to the showpiece final to face the group stage winners at Lord’s the following day. 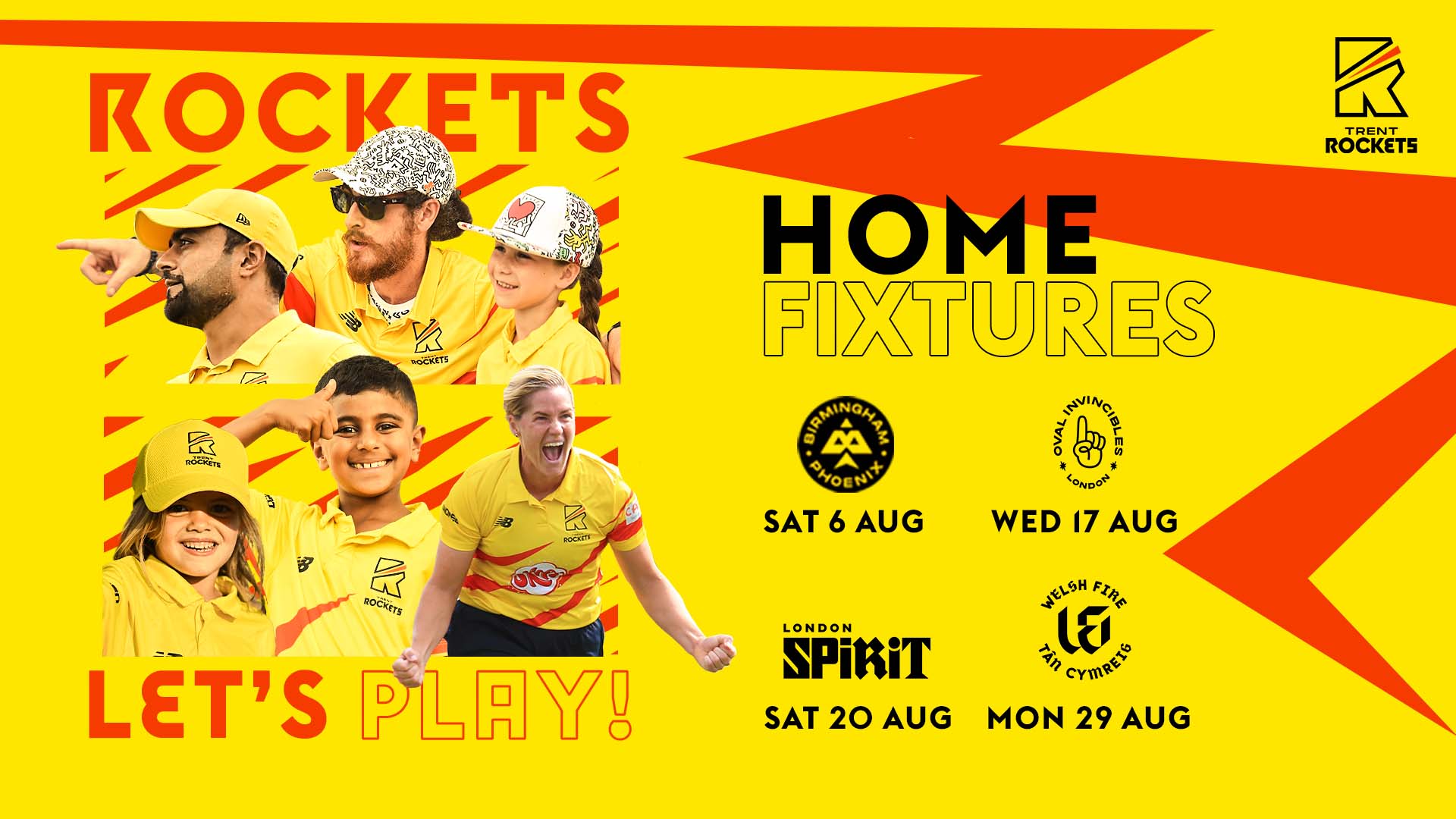 Members of Nottinghamshire, Leicestershire and Derbyshire – and people who attended in 2021 – will get priority access to tickets in late February, with a second window opening on 31 March for anyone who has signed up via thehundred.com. Tickets will then go on general sale on 20 April.

Family friendly pricing remains in place with tickets for under 16s set at £5, and available free of charge for children aged five and under.

An increase in activities around the ground is planned to provide further entertainment in tandem with the cricket on the field.

Ticket buyers will be able to select their own seats, including within a family friendly zone.

Games will be broadcast live on Sky Sports and the BBC throughout the competition after more than 16 million tuned in to watch The Hundred in 2021.

Nat Sciver, 2021 Trent Rockets Women’s captain, said: “We’re so excited for the second year of The Hundred! Last summer was an amazing experience, we had an amazing time on the pitch and we introduced so many new fans to the women’s game.

“Having that kind of support meant so much to all of us and you just can’t beat the energy that comes with it. With the Commonwealth Games, England series and the return of The Hundred, it’s going to be a special summer.”

Sanjay Patel, Managing Director for The Hundred, said: “The Hundred helped grow the game last year. With more than 500,000 tickets sold and issued and 16 million watching on TV – with half of them being new to cricket – we saw a new audience enjoying the game for the first time.

“We can’t wait to build on that this year, bringing world class cricket and an incredible family day out to fans across England and Wales.”

Squads for The Hundred will be finalised over the coming months.

The fixture list in full is available to view at the thehundred.com.