Dane Paterson broke the coveted 50 wicket mark in the LV= Insurance County Championship with relative ease in 2021, a feat celebrated by those with domestic experience aplenty – just ask Luke Fletcher – let alone by a man who was playing his first full season in English conditions.

And in his second year with the Green and Golds, the South African is on course for a similar haul, having claimed 36 scalps with four games still left to play this season.

His success is a product of incremental progression, learning from experience and grafting through the so-called ‘county grind’, and, with the visit of Sussex (26-29 July. from 11am) up next in Nottinghamshire’s packed calendar, the 33-year-old is keen to focus on his controllables to bring about results. 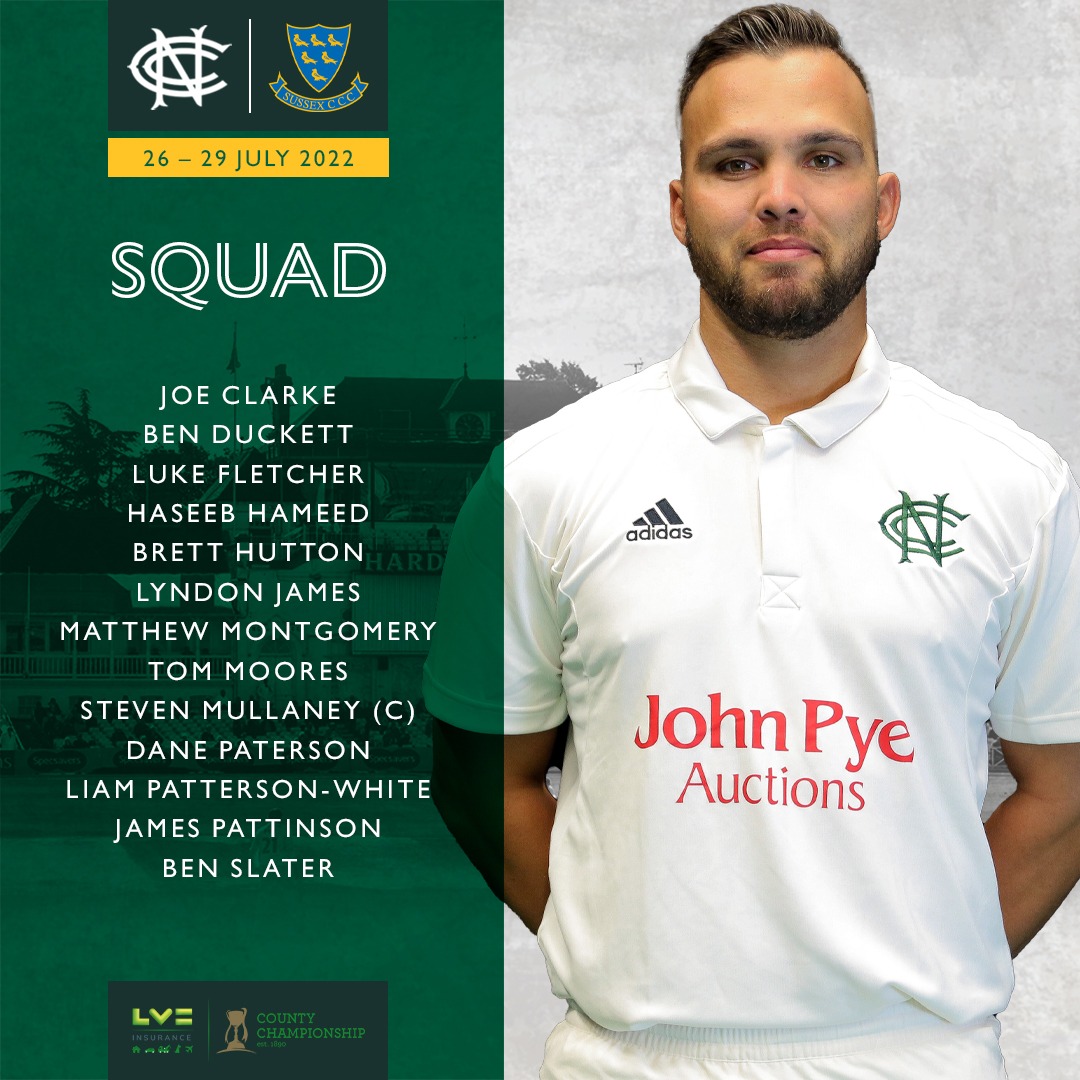 “You obviously learn from your first year, the main thing is that I have been spending more time in the gym because the county grind takes its toll on your body.” Paterson said, comparing his second year in Nottinghamshire with his first.

“That was my biggest learning from last year. Doing more core work has helped me in terms of resilience.”

There have been other added variables to throw into the mix, though. Things which the paceman could have done little to help.

Weather of sub-Saharan temperatures and the 2022 batch of Dukes balls have provided Paterson with challenges aplenty, but his focus has been on how he can best source success.

“There are definitely things which are a bit different this year, the balls are very different for one, but you can’t complain too much,” he said.

“You still have to hit a length and get wickets, you are still trying to do the same things and it is working so far.

“The weather has been very nice compared to last year as well which makes my job a bit harder, but I knew from last year that you can get a bit of everything in terms of conditions.

“The important thing is that we are still finding ways of winning games, or at least not losing them, and we try to focus on ourselves.”

The Green and Golds’ last two results have shown the character of the Nottinghamshire squad, albeit in diametrically opposed circumstances.

The top order batted out for a day to salvage a draw against Glamorgan in Cardiff, before the bowlers toiled for over 200 overs having enforced the follow-on against Derbyshire, only for the hosts to resist the charge on day four.

Paterson maintains the most recent result is one to be proud of, and claims that the level of team spirit within the camp helps him through a grueling day in the dirt.

“If you get over the line after a game like that, of course it is satisfying, but you want to win every game, regardless of how you do it,” he said.

“If we have to spend 200 overs in the field, we will do it. That’s our mindset. We gave it our all, so we have no complaints.

“As a team we have found our DNA in terms of how to play cricket and how to enjoy it. We have a full squad rooting for the same thing, and there is a lot of banter flying around.

“You need that on that field because it is a long day. That is what can get you through. The morale is high and it is an exciting team to be involved with.”