Dane Paterson insisted the belief in the Nottinghamshire camp is still strong ahead of a crucial week in the Vitality Blast despite consecutive losses in the competition.

Notts currently sit seventh in the North Group table, five points behind fourth-placed Derbyshire. With five games left to play, the double-dose of derby action against Leicestershire and Derbyshire at Trent Bridge could be crucial in deciding the Outlaws’ fate.

Notts have named an unchanged squad for the first fixture. 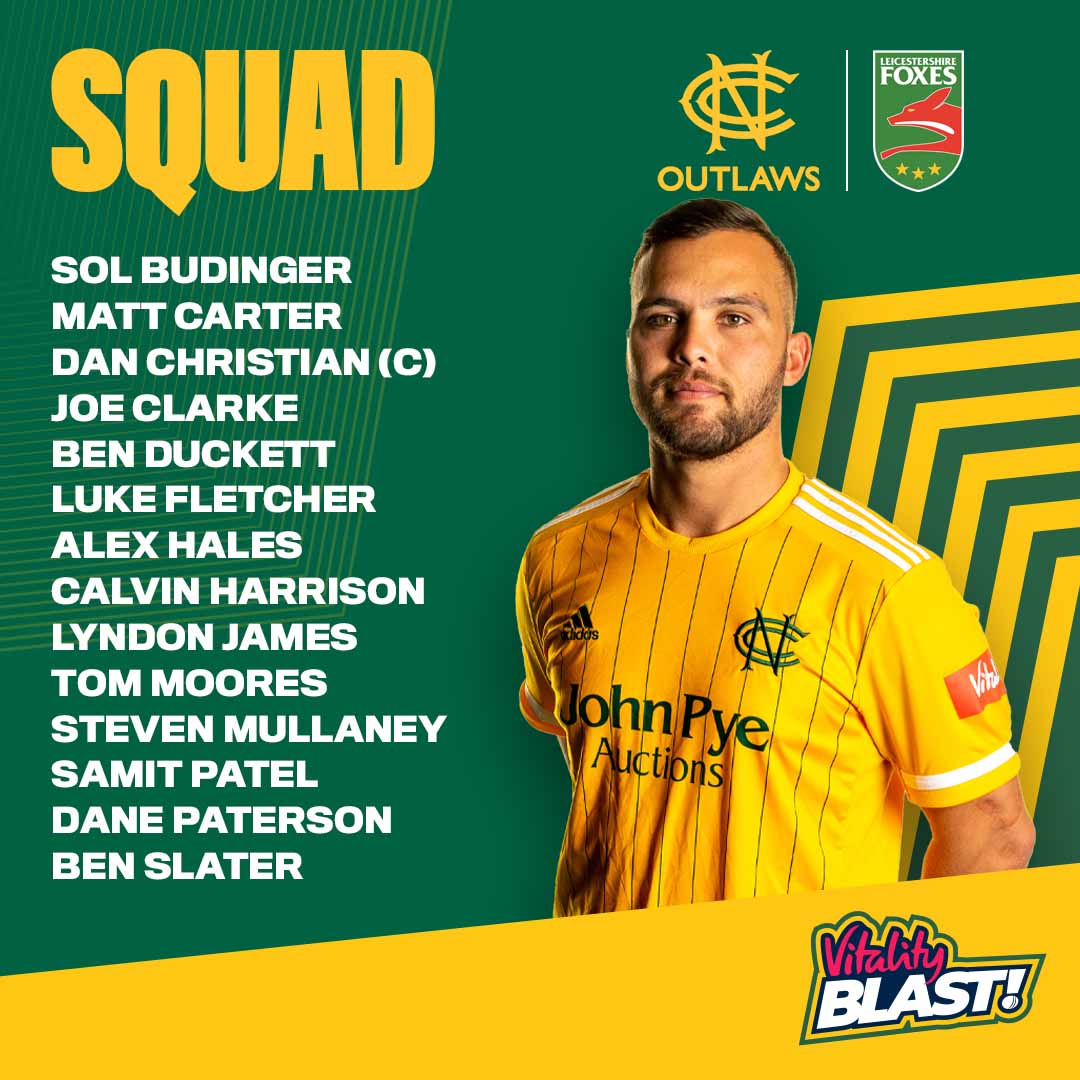 “It is not a good feeling when you lose,” Paterson admitted, reflecting on recent defeats to Birmingham and Lancashire.

“The good thing about it is that we have five more games left, we have to put these two losses behind us and look forward because every game is like a final now. We need to win them.

“The belief is still strong, we believe we can qualify, and that stands us in good stead.”

The fast bowler took two wickets against Lancashire Lightning at Blackpool as the hosts chased down 179 with ten balls to spare.

He admitted that Notts need to find consistency in all departments, and called for a measured response in order to achieve a complete performance.

Hunger won’t be in short supply, however, with experience plentiful across the squad.

“As a bowler, we need to finish our overs and be tight where possible. T20 cricket is very fast and manic, and we need to remain calm to produce the results.

“With all the experience in the room, we are looking forward to the next five games. Everybody is obviously frustrated, we all want to do well for the team. We want to win in front of our supporters at Trent Bridge, the desire is even greater now, and that is a good thing.”

Notts’ last win in the competition was against Leicestershire at Grace Road prior to a break for the LV= Insurance County Championship.

On that occasion, Paterson took 2-12 as Notts restricted the hosts to 123 all out, before chasing the total down with five wickets to spare.

The South African conceded the reverse fixture result does give the Outlaws some confidence, but with the Foxes responding to that defeat with a pair of wins, a hard fought fixture is expected.

“Winning that first game does give you the upper hand, but they have confidence having won a couple of games," he said.

"We know what the challenge is, we need to focus on ourselves. This week is a big week for us.

“It is always big when it comes to derby games. It is extra special because we are in this position where we need to win games.

"I am sure the Trent Bridge faithful will come out and support us, and that we can repay their faith with a performance which shows off the talent we have got in this squad.”