The 34-year-old right-handed opener has moved to Trent Bridge following his release from Sussex last week.

Former England Lions player Nash has been a prolific run scorer in all forms of cricket since making his senior debut for the south coast county against Warwickshire in July 2002.

“To look out over Trent Bridge and realise that it’s going to be my home ground is pretty special.” Chris Nash

The former Loughborough University student, who has spent winter spells in New Zealand with Auckland and Otago, has also taken 167 wickets in all formats with his off spin bowling.

“Once Notts came in after I’d had my request for release granted by Sussex – with my former coach Peter Moores here, at such a great ground and with what the Club achieved last season – it was an easy decision for me,” said Nash. 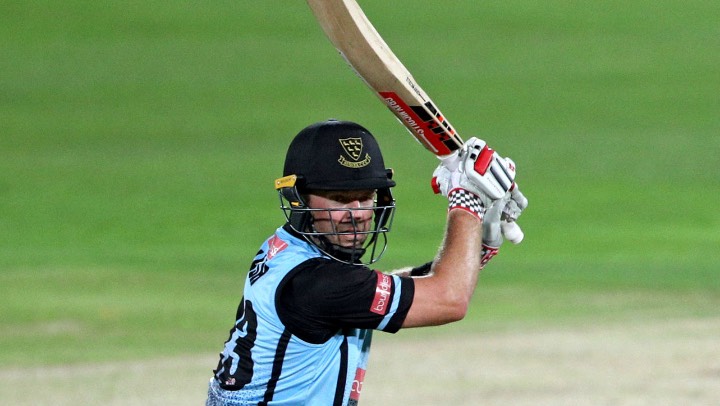 “It’s great to get the chance to work again with Peter, who gave me my first contract at Sussex, and I’m really looking forward to the next three years. To look out over Trent Bridge and realise that it’s going to be my home ground is pretty special.

“It’s going to be amazing to be part of helping the Club defend their two white ball trophies in front of big crowds. The Outlaws were sensational last season in white ball cricket and I’m looking forward to joining in with that.”

Head Coach Moores is delighted to capture a player of Nash’s considerable experience, particularly with the likes of Chris Read and Michael Lumb having retired this summer.

“Trent Bridge is a great place for Chris to showcase his skills.” Head Coach Peter Moores

He said: “You don’t expect a player to suddenly become available who’s such a good fit for us. It’s really exciting to have Chris join us, and I know he’s excited to come here too.

“We were in the market for a senior batsman and he plays across all three formats with a good record in four-day cricket, as well as in T20 and 50-over cricket.

“Chris also adds some significant experience to the squad. Trent Bridge is a great place for him to showcase his skills and I think he will enjoy it.”

Nash is the Club's second acquisition for the 2018 season after Paul Coughlin signed a three-year deal back in September.